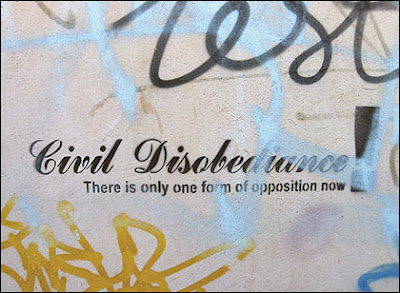 What worries me whenever I see a poll suggesting that the Harper Cons might be toppled in 2015 is how far off that day is and what impetus that gives Harper to finish his dirty deeds.

Long have I suspected that Harper has calculated that, like a sneak thief, his days are numbered and thus knows that he has to get his agenda finished, if at all possible, within a single majority term in office.

First and foremost that means completing the CPC Triad - the Conservative Party of Canada, the Calgary Petroleum Club and the Communist Party of China - linking the Athabasca Tar Sands to Beijing via the Northern Gateway pipeline/supertanker trade route.

Harper has been working overtime to expedite that.   He has hammered out a Canada-China trade deal that leaves this country, its provinces and its people at China's mercy.   He has gutted our fisheries and navigation protections along the West Coast.   He's shuttering our Coast Guard stations.  He has exterminated entire departments at Fisheries & Oceans that were responsible for monitoring fish stocks and our coastal waters ecology.  He has uprooted the West Coast emergency oil spill response centre and relocated it to Quebec.  He has even assigned the pipeline operator, Enbridge, with a senior liaison section of the Department of Fisheries & Oceans.   He has streamlined gutted the environmental assessment regime.   He has villified as disloyal Canadians determined to safeguard our coast against his chicanery.   He has created a secret police agency comprising the RCMP, Calgary and Edmonton police and even our national spy agency, CSIS, to spy on pipeline opponents.

These are not the actions of someone who is anything but intent on forcing the Northern Gateway straight down our throats and very quickly.

There's not much the Libs and NDP can do to thwart Harper.  Harper has a majority and rules by fiat.   But that doesn't mean they get a pass on this either.

If Harper and Enbridge and China are to be stopped, it's going to take civil disobedience - ordinary, law-abiding citizens crossing the line, breaking the law, as many times as need be.   And since we'll have to do what the Libs and NDP can't, we need their undertaking, their promise that, once Harper is swept back into the gutter he came from, they will expunge all criminal records for non-violent civil disobedience in resisting the Northern Gateway.

Mulcair reneged on his Enbridge pipeline statement. He now approves the tar sands.

Justin Trudeau also reneged on his Enbridge pipeline statement. He too approves the pipeline.

The only politician that spoke out against Harper's Treason, was Elizabeth May.

All the rest of the politicians, were, useless, gutless wonders. They have said and have done squat. Anyone blocking the Chinese on anything, is looking at a law suit. If BC blocks the Enbridge pipeline, Red China can sue.

Everything of value in BC has been thieved and sold, by Harper's monster Gordon Campbell. Harper and Campbell had to work really fast, to dismantle and destroy BC, before Campbell got the boot, for his evil thieving, lying and corruption.

The BC people have nothing left to be stolen from us by Harper, except our tourism. Harper can bring his entire Red Army from China, to machine gun us down, like they do in China. We will fight that, evil monster Commie Harper, right to the last ditch

And, those other, useless gutless wonders of politicians, can go to hell too. They don't even have the guts to even say anything about Red China taking all of the resource jobs too. All of them are g.d. Traitors. Selling our country out to Communist China, is High Treason.

And if serious opposition were to grow in BC the spectre of separatism could raise its head, which could seriously change the game for all federal players. This spectre could even change the issue of the Canada/China corporate trade deal because though there is a lot of talk of 35 years without an out clause, in a changing global and federal political atmosphere, anything could happen.

Kirby's right, Mound. Solid, intransigent opposition in B.C. could force Harper out and back into the arms of the National Citizens Coalition.

The Death of the Liberal Class:

@ Anon 1:25. You don't have to tell me. May is the reason I let my LPC membership lapse and now have a Green Party card.

@ KC and Owen. Yes there will be popular resistance. Will it be enough? That no one can know but I am convinced the chances are far greater if the opposition actually backs it.

Seriously, the people I know and have met who are involved in this include a great many, lifelong law-abiding grey hairs who have lived their entire lives quietly and peacefully. Yet we realize we may have to break the law even if, at the end of the day, we fail.

If we're willing to stand up for our province and for our coast, what kind of opposition parties do we have that won't stand up for us?

It's interesting to see the Liberals (Trudeau) and NDP adjusting their positions - the wrong way. The relatively high polling in the Calgary by-election by the Greens show that even Calgarians care about honesty and principle in politics.

It won't be too long, UU, before we see a big, Green Party breakthrough. If May could give up some of her old ProgCon issues, just enough to really turn progressive, the GPC could move into the abandoned Left. And, with a three-way struggle for the centre, a Green left could become the tail that wagged many dogs.

But are the Greens really left? More like the old PCs with a conscience - a conscience that cuts across economic, environmental and social lines.

I think, by today's standards, the Greens are certainly centre-left. That they will progress left is, to me, a foregone conclusion whether Ms. May recognizes that or not.

Why left? Because we have reached the point at which 18th century industrialism, 19th century economics and 20th century geopolitics have lost most of their former utility. They've failed us.

The world is running out of stuff. That much, or at least some aspects of it, is visible to the naked eye from the ISS. Around the world we're in "overshoot." We consume far more renewable resources than the Earth can replenish. Global Footprint Network fixed 2012 overshoot day in late September. A few years ago it was in late October.

What this means is that, with the accelerating forces of global warming and increasing population, we are going to be transitioning from a market-based economy to an allocation-based economy where we'll be rationing everything from resources to carbon emissions. That's what you have to do when there's not enough to go around. You either make another place setting at the table and everyone eats a bit less or you kill off the newcomers. Share or die.

When you shift to an allocation-based society it entails pressures for equality. Take wartime rationing. Everybody gets only so much gas, so many eggs, so much flour... When there's plenty to go around we tolerate inequality. When that no longer obtains, we get awfully egalitarian. And that, in a nutshell, is what's coming and why our society will go left.

It was reported on CBC today,Harper now has an approval rate of 48%. This wouldn't have anything to do with the election in Calgary now would it? Giving the PC runner a boost.

Polls today have become utterly nonsensical. One day a Trudeau Liberal party would trounce the conservatives. The following day finds the Libs, NDP and Tories neck and neck. Other polls find Harper's trustworthiness at 16%. They're becoming as reliable as 9/11 conspiracy theories.