Please, No More Orca in Toronto 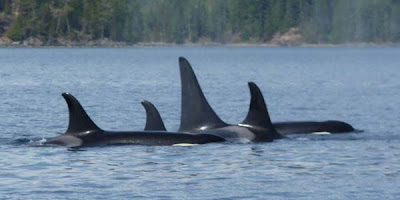 It's bad enough keeping dolphins and belugas in captivity but it's an outrage to incarcerate orca for no other reason than to flog tickets to gawkers.

Yet, according to TorStar, Marineland owner John Holer is searching for a new orca to share the same fate that awaits his solo whale, Kiska.   Apparently the Canadian Association of Zoos and Aquariums requires that killer whales in captivity have at least one companion.   In other words, Holer needs to keep a pair on Death Watch.  One simply won't do.

Marineland has had 26 killer whales over roughly three decades, according to the animal welfare group, Zoocheck Canada. Of these, 16 died at Marineland. Three are still alive: Kiska and two elsewhere. Six died in other parks after being transferred while one died en route from Marineland to Japan.

Junior, a killer whale born like Kiska near Iceland, spent the last four years of his life indoors in a small concrete pool in a converted factory made of concrete, with little natural light.

Kiska is the last of Holer’s killer whales; her five calves all died.
The file kept by Zoocheck is approximate, according to Julie Woodyer, its campaigns manager. She said trying to find out information about marine mammals in Canada is a “free-for-all” because there are no regulations covering captive animals.

Former trainer Christine Santos told the Star in mid-October that Kiska had been bleeding from her tail off-and-on since July. She said she had seen Kiska cut her dorsal fin on sharp fibre glass drain covers in her pool, but didn’t know how she cut her tail.

Death watch?  In the wild, orca males have a lifespan of about 30-years, females average 50-years.   In captivity, they seem to have lifespans shorter than Death Row inmates awaiting execution.