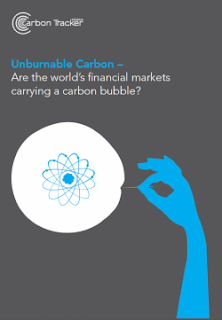 Michael Ignatieff called it "the beating heart of the Canadian economy for the 21st century." Fortunately for the Liberals - and Canada - Iggy has gone back to Harvard.

Iggy's successor, however, doesn't seem to know what to do with Athabasca bitumen. Unlike his dad, there's much more of the "go along to get along" to Justin. Pierre was both admired and reviled for his toughness. To some he was sticking to his principles, an implacable defender of what he saw as right; to others he was arrogant and undemocratic.

The difference between father and son is perhaps nowhere more evident than on the thorny problem of the Athabasca Tar Sands. The strong, principled approach would be to say, "the powerful scientific consensus tells us that the Tar Sands have to be shut down." That, however, is not what we get from Trudeau 2.0.

With a remarkably straight face our prime minister tells us that a green future for Canada rests on our ability to extract and export ever more bitumen to offshore markets. The blacker we go the greener we'll be. I suppose there must be some planet on which that makes sense - but not this one.

Trudeau implies that we're going to rake in massive royalties from pushing bitumen and then, once we have enough, we'll take the leap into a green economy. That's sort of like the street walker who says she's only doing it to save up enough money to open her own flower shop. Yeah, right.

Of course one way to go green is to adopt a "user pay" policy for carbon emissions, other forms of pollution and the consumption of natural resources, particularly fresh water. But Catherine McKenna says that kind of talk makes her nervous. She fears it will lead to a national unity crisis.

But there is hope still that our "friends" in Riyadh could put the Tar Sands out of their (and our) misery.


Is anyone going to cut production to prop up prices? Saudi Arabia's arch-enemy Iran, free from years of sanctions, called the prospect "ridiculous." Junior producers in North America raked up debt when oil prices were high and have to keep pumping, often at a loss, just to service their loan payments. (Isn't that the PostMedia business plan?)

The biggest commodity cartel in history has come flying apart, and the days of artificially inflated oil prices might be over forever.

How much trouble are the oil producers in? Companies can only claim an oil deposit as a "reserve" if they have a reasonable likelihood of extracting the oil and selling it profitably. And in 2009, the U.S. Securities and Exchange Commission updated its reporting standardsto require companies to write off deposits not developed within a reasonable time frame.

...Electrical vehicles have a tiny global market share today -- one for every thousand cars on the road. But a recent analysis shows that by 2023 rapid adoption of cheaper, better electric vehicles could trigger another oil price crash.

The shift would mean a permanent reduction in oil prices and the loss of trillions invested around the world. Perhaps that's why the Saudis no longer want to play the long game of propping up global prices. Of course the price of oil might rebound in the interim. But if that market change is permanent, so too are the losses.

The writing should be on the wall. Canada faces big risks if we don't quickly transition from fossil fuels -- or, for that matter, even if we do.

The companies developing Alberta oilsands and coal mines have made commitments to do $21-billion worth of environmental remediation once the reserves are gone. But the provincial government has security deposits for less than 10 per cent of that. How can the companies pay for the work if they're broke?

And it's not just America's Securities and Exchange Commission that's breathing hard down Big Oil's neck. So too is a posse of Attorneys General from the biggest, richest, most powerful states in America. They're gunning for the execs of the fossil energy giants for overstating the value of their reserves and, hence, committing fraud on their lenders, investors and shareholders.

All signs are pointing to a bubble that's perilously close to the point of bursting. Is this really a good time for this prime minister to be doubling down on such a high risk bet?


Update: The CBC's Don Pittis on the risks of keeping "stranded assets" such as bitumen on life support because we can't bring ourselves to pull the plug.

Mound, the comments below your CBC Don Pittis link display the political problem with carbon industries; they are all over the place. I, for one, expect our politicians to be more informed and more focused than the general riffraff but I'm a dreamer.


Toby, I think it ultimately comes down to this. We know, as a matter of mathematical certainty, that avoiding catastrophic climate change requires that we, mankind, leave 80% of our known, global fossil reserves in the ground, untouched, unburned.

You either accept that or your reject it.

If you accept the powerful scientific consensus that means the world is awash in fossil fuels. The current value, even at reduced prices, is wildly inflated.

If the actual value of oil, sweet crude, is something in the order of $20 a barrel then there is no economic justification for extraction of unconventional products at several times that cost. Nor can there be any justification for the cost of infrastructure investments or for the grants, subsidies and deferrals lavished on the producers of economically unviable fossil fuel products.

In this situation, unconventional, high-cost, high-carbon fossil fuels such as bitumen are highly likely to become stranded assets. They have everything going against them. Refusing to acknowledge these realities is a political dereliction of responsibility that will impose great costs and damage to society and other sectors of our economy. It's a cowardly and craven thing to do motivated by political expedience.

Mound, what I'm getting at is that most people don't "know, as a matter of mathematical certainty, that avoiding catastrophic climate change requires that we, mankind, leave 80% of our known, global fossil reserves in the ground, untouched, unburned." Oh they've heard it once or twice but they reject it or they posit the problem so far in the future that it doesn't matter. Or they know that the Chinese need to shut down their coal plants but let's build another pipe line. Collectively, the masses don't get it. From the sound of it, Justin and crew don't get it either.