Neoliberalism - Time to Cut Deep and See What's Really Inside 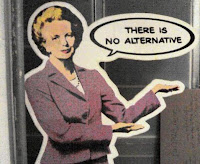 I've been caught up in a lot of musings lately about neoliberalism and the vice-like grip it has taken on Canada and other Western democracies. From everything I've read, learned and experienced, I think it is a grave threat to liberal democracy, Canadian society and the future of our children and grandchildren.

How do we deal with this neoliberal web? How are we going to come to grips with what it was intended to be, back when it was sold to us, and what it has instead become? How are we to understand the workings of what's falsely labeled "free market capitalism" and how much of our national sovereignty has been surrendered in our names under a succession of free trade agreements, each seemingly worse than the last?

I've got an idea, one from the now distant past. Why not convene a Royal Commission of Inquiry. It's a wonderful resource that Canada has been employing since 1868. It's a rich history of inquiries into such things as the railways; labour and capital; the transportation of goods through Canadian ports; the penal system; regulating the banking industry; industrial relations; radio broadcasting; revision of the criminal code; health services; taxation; the status of women; media concentration and newspapers; reproductive technologies and aboriginal rights and more.

Many of us don't recognize it but neoliberalism is a huge and pervasive part of our lives and it is shaping Canada into something we may not like and might come to regret - if only too late.

Yes, let's demand from this government a Commission of Enquiry into neoliberalism in Canada. The sooner, the better.


Update: if you're not up to speed on neoliberalism, you could do worse than to read this piece by The Guardian's George Monbiot.

The call for an inquiry is an interesting suggestion, Mound, but first it would be necessary for the government to admit there is a problem. Form what I have seen thus far of our 'new' government, that does not seem likely to happen.

I think you are onto something, Mound.
But I would focus it more.... ala the odious 'MacDonald Commission" that Trudeau Sr. set up. If you re-play the old tapes ... this commission is what started the whole US/Canada Free Trade Imbroglio. It gave Mulrooney some much needed 'cover' to escape his strong anti-Free Trade stance during the PC leadership.

I hate the outcome, but Trudeau Jr. could use a similar process to build a new consensus on TAXES.

We need to re-educate the populace (ourselves) about the many good reasons to have a just tax system that ameliorates the worst effects of capitalism.

We need to raise the GST by 2 points and increase corporate taxes big time. Shutting down illegal tax evasion and the legal avoidance the rich have engineered is urgent as well.

We need to get started before the next election, so Trudeau needs this for 'cover' from his positions on tax in the last election. (that were made in the CON dominated news cycles friendly to Harper.)

Excellent idea. How do we make them do it?

Some people are waking up. See links in this Guardian piece.