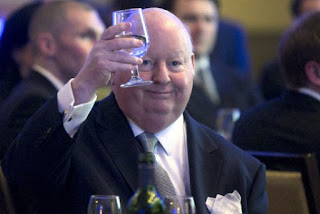 Many people have mixed emotions on Mike Duffy's acquittal on 31-corruption charges. Some people are torn.

Had Duffy been convicted, the vindication of Stephen Harper, Nigel Wright and Co. would have left them deeply unhappy. Some will see in Duffy's acquittals the lesser of two evils.

I like Mike Duffy, at least the Duffy I knew back in the days when he and I worked for the same news outlet in Ottawa. He was a hard-charging, hard news fireball in those days and his efforts, talents and sheer stamina took him quickly up the ladder.

There was less to like in Duffy during his latter years at CTV when he was courting a Senatorial appointment. The hatchet job he did on Stephane Dion was appalling. The favouritism he lavished on Stephen Harper was probably worse.

He made his Faustian deal with Beelzebub and, as events of the past couple of years have shown, he got what he bargained for.  At least some of his ordeal seems to have been self-inflicted. He was, as they say, the author of his own misfortune - at least in part.

You don't have to like Mike Duffy to be pleased that he prevailed in the massive, 31-count case brought against him. From my professional experience I know that there are not many who could have withstood that. Despite his ailing health, Duffy did what many others might not have. Alone, he stood up to a corrupt prime minister, corrupt officials in the prime minister's office and the Tory Senate leadership, and, I suspect, a disturbingly compromised national police force. Think you could have done that? Think again.

The way Justice Charles Vaillancourt dragged these Harper and Co. miscreants out into the public eye, it was as though he was tossing vampires out into the noonday sun.

Sixty days at trial. Twelve weeks before the Court. It's pretty rare for a criminal trial to run anywhere near that long. That's a lot of evidence. A lot of testimony. A lot of cross-examination. A lot of documents and other evidence. Harper apologists, political and media, have wasted no time coming to the defence of the Prince of Darkness but their assertions are strained, furtive. They ring hollow.

So, whether you like Mike Duffy or you despise Mike Duffy or just couldn't care less about Mike Duffy, let's thank Mike Duffy for standing up to these thugs and exposing their sleazy, abusive ways. He deserves at least that much.
Posted by The Mound of Sound at 7:50 PM

Like the Panama Papers, the real scandal the Duffy judge exposes are the nefarious activities of our elites that are protected by legal sanction.

What Duffy did was heroic, even though he himself is no hero. More importantly, Justice was not only done -- it was seen to be done.

Duffy was standing up for himself, as was Harper. Both of the thieving parasites stood against the Canadian people. Neither one had any honour or positive impact on this country.

"...let's thank Mike Duffy for standing up to these thugs and exposing their sleazy, abusive ways. He deserves at least that much."
Nope.
He does not deserves even that. He deserves nothing. His fight with Beelzebub&Co is ONLY an act of self-defense NOT a virtuous one.
A..non

@ NPoV - I'm not sure the elites are so grandly protected as you imagine. That's something I may expand on.


@ Owen - I think you've captured the essence of it as I also see it. A less than heroic individual, the fallen character, who nonetheless wages and wins a heroic fight.

I'm starting to think that Duffy was right about Dion too.

Rumley, I just can't respond to that. I understand your point.

Although Duffy pandered to Harper in order to become a senator and after promoted Harper's brand country wide, when told to go along with the cover-up regarding his expenses he said no. He resisted continually and wanted to do the right thing. He knew he had done nothing wrong. He was brought kicking and screaming to accept the 90K cheque and repeated the cover story that went with it. This was the line Duffy did not want to cross, he did not willingly want to go over to the dark side with Stephen Harper. After the deal with Nigel wright was made public and Duffy became the scapegoat, he fought back. I have learned that people should be judged in a context. While I despise Duffy for what he did to Dion and his fawning over Harper to get a Senatorial appt. and after promoting Harper and his Cons. as the ideal political choice I think his fighting against Harper, the PMO, the Senate, the RCMP and the Crown to prove his innocents, particularly in the bribery charge took not just courage, but integrity. He wanted to prove that innocence in a court of law and he did.This was a man who had lost everything. His job, his livelyhood, and yes, his even, if somewhat, at other times, tattered integrity. He was/is also in very poor health. Duffy won by his lawyer presenting the truth. The Judge found Duffy innocent of all charges based on that truth. Knowing about the even unethical parts of Duffy's character, in the event of his trial the main thing and actually the only thing he brought to it was the truth and because of that he won. In that context I thought him very brave and yes a man of integrity.

Duffy is not brave, nor is he a man of integrity. He stole from the taxpayers and he defended himself when he got caught. If he was brave and had integrity, he would have accepted his wrongdoing and then really spilled the beans about the crimes of his fellow Conservatives. Instead, he took the easy way out and now he gets to go back to being a useless, greedy Conservative senator, while Harper and his crew walk away scoot-free.

Well, Anon, you're entitled to your opinion even if it's simplistic and ill-informed. It's not one that I share to any extent. Do you really think he's going back as a "Conservative" senator? Perhaps it would help you to read a bit more. Perhaps not.