The Game is Rigged 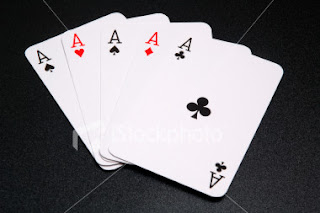 It went by barely noticed. Yesterday a spokesman for Canada's revenue minister said that the Canadian Revenue Agency has been given its marching orders, directed to do the math on how much money Canada is losing through offshore tax dodges.

Apparently the CRA hasn't a clue. It wasn't a priority. Seems the last few years it has been busy intimidating the hell out of environmental charities and church groups that didn't buy Harper's bullshit. Much too busy to chase the privileged who chose to divert their assets into shell companies offshore. And, when the revenuers did act, as in the KPMG/Isle of Man scandal, these tax dodgers were not called to account. They merely had to pay a negotiated settlement - arrears plus interest. No one went to jail, especially none of the bean counters at KPMG who created the scheme and raked in fees for selling it to their tax dodging clients.

The CBC's Neil Macdonald writes that the rich are standing their ground, confident this too will blow over. They know just how well the deck has been stacked.

The shills for the people who really run the world have been pulling all-nighters, crafting avowals in the casually arrogant language of the ultra-entitled.

Statements are coming from different countries in different tongues, but the message is similar: Come on, folks, move along, back to work, let's go, show's over.

[Panamanian law firm, Mossack Fonseca, that insists it did no wrong] offered an American millionaire fake ownership records so she could withdraw money from her offshore company without revealing she owned it, the better to hide her millions from the IRS.

"We may use a natural person who will act as the beneficial owner," Mossack Fonseca advised Marianna Olszewski when proposing that a 90-year-old British man act as the dummy owner in her place.

"Since this is a very sensitive matter, fees are quite high."

According to a leaked memo from one of Mossack Fonseca's executives, "95 per cent of our work coincidentally consists in selling vehicles to avoid taxes."

In Western countries (one suspects that any official inquiry in Russia, as an example, is already wrapped up), one tax authority after another is up on its hind legs, promising intense investigations.

...Let's not forget who these people are.

They, along with thousands of other less-prominent names exposed in the data dump, belong to a private club that's just really a great place to be a member.

Law becomes a relative concept. You actually get to make laws, or at least fund the people who do, which can amount to the same thing.

...Anyway, it was Mossack Fonseca founder Ramon Fonseca who most succinctly spoke for every member of the game-rigging club Monday.

The data leak, he said, was part of "an international campaign against privacy. Privacy is a sacred human right. There are people in the world who do not understand that."

Translation: there are things the rest of us aren't supposed to see. Now, back to your illusions.

Even globalization has become a scam. Free trade? The biggest commodity on the free trade markets is financial instruments, money, not resources or services or manufactured goods - legitimate trade. The big money is in money. And for the trade in resources, goods and services, a big chunk of that is internal trading within transnationals designed to convey profits to divisions that operate in low tax countries out of operations in higher tax countries where the income is actually generated. Without these scams - money trading (and laundering) and inside trading, globalization is largely hollowed out. Yet our political caste can't get enough of these free trade deals.

So, my Liberal friends, how will Justin Trudeau respond to this long-festering scandal that's now dropped squarely into his lap? Which side will he and his government be on? And, please, don't think that the Panama Papers is the alpha and omega of this tax dodging chicanery. It's a chunk but there's more if anyone is interested in looking for it.

Keep an eye on the justice ministry. See if they're hiring a tranche of new prosecutors to staff some tax dodger task force, the sort of thing you might expect if the government was serious about tax fraud and bringing the fraudsters to heel.

This seems to be Justin's Teddy Roosevelt moment. Will he rise to the occasion? I've got my hunch but I'd be delighted if he proves it wrong.

"Will he rise to the occasion? I've got me hunch, but I'd be delighted to be proven wrong."
Me too!

Nothing especially immoral about being proven right either.