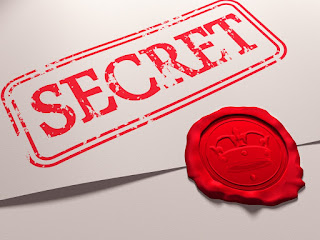 If Stephan Dion was America's Secretary of State instead of our bumbling foreign affairs minister he could be headed for a stretch in the pokie.

In another graceless, nay clumsy, attempt to cover the government's ass for the sale of billions of dollars worth of death wagons to the Saudis, Steffie gave Canadian Press a stack of documents including an analysis marked "Secret." Not just confidential, secret.

In the Uuuunited States of Amurca divulging sensitive information earns you a free ticket to the Greybar Hotel. Hillary Clinton is doing her level best to stay a half step ahead of an indictment for careless handling of sensitive emails. Apparently Steffie hasn't heard about that. Or maybe Canada doesn't have any secrets worth keeping - well, secret.

What was the purpose for leaking the "secret" analysis? Well to show Canadian Press that we can safely entrust these mechanized mayhem machines to the Saudis because they're our allies in the fight against the Islamic State. Say the f_ck what?

These would be the same Saudis who are relentlessly bombing the Houthi in Yemen, the same Houthi rebels who are fighting al Qaeda and ISIS forces in their homeland. Dion, you dolt, that means - on the my enemy's enemy principle, the Saudis are our enemy's friend. They're flying air support for ISIS for Odin's sake. Worse yet, those Saudi princes, emirs and sheikhs and all their fellow princes, emirs and sheikhs of the other Gulf States have provided great sums of essential money to ISIS. No matter how much lipstick you put on this pig, these are not our allies.

And since when did "secret" become code for "bullshit"?
Posted by The Mound of Sound at 6:39 PM

But even in the US, there's a long history of administrations leaking secret information for political gain. Unlike whistleblowing, this is almost never prosecuted. http://www.salon.com/2012/06/07/probing_obamas_secrecy_games/

Remembering of course it was Harper's crew that marked it secret

Willy, Dion signed off on it. Whatever the last watch did or didn't do doesn't matter anymore. Grits have the con, and anything that happens now is theirs to deal with.

What I want, more than anything, is honesty. If you're going to sell tanks to someone, come clean on why. The spin is intolerable.