Some Times You Leave the Lambo in the Garage and Go For the Old Chevy Half-Ton.


It's easy to get distracted by tales of invisible this and all-seeing that, but if you look at real-life air combat today it's the old reliable warplanes that are getting the job done.

In Afghanistan the US first used its ultra-high tech F-22 Raptor. Yet, to date, the F-22 has flown 1% of the missions, dropped 1% of the ordinance. The airplane the troops want when they're in trouble? That beat up old A-10 Warthog. It's cheap, it's dirty, it can take a lot of damage, it can carry an incredible weapons load and it can hang around, loitering over ground forces until it's no longer needed. 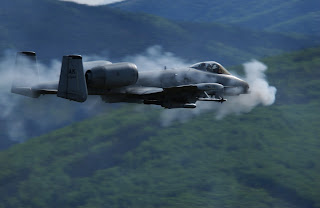 Over Iraq and Syria, something remarkably similar is happening. Again, the US has pulled the F-22 Raptor to make way for some of the vintage stuff:

In its place comes the Marines Corps’ 45 year-old EA-6B Prowler, which has already arrived at Incirlik Air Base, Turkey, the U.S. European Command announced Thursday. The Prowler will continue to do "what it has for the past 45 years," the command said in a statement, providing troops with "electronic communications dominance." 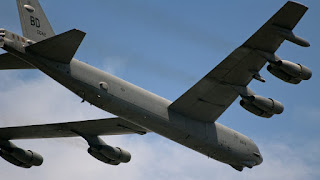 The move comes just as several B-52s -- which first entered service in the mid-1950s -- arrived at Al Udeid Air Base in Qatar to begin bombing runs against ISIS. The B-52s showed up to replace the departed B-1 Lancer bomber, which had entered service in the 1980s. The Lancer was responsible for about 35 percent of all U.S. munitions dropped on the Islamic State, according to the Air Force.

Remember "Dr. Strangelove"? Yeah, it's the same plane. The point is those Air Force guys, once they get their hormones into overdrive, will tell you that Canada absolutely, positively, simply cannot survive without the F-35 and what they're telling you and everyone else is barn sweepings. Unless of course you envision a future in which we'll be penetrating Chinese or Russian airspace to try to find something to bomb. Only that's a very good way to ensure that you'll never have to fly a second mission.

I don't know why Canada's generals want the F35 but it sure has nothing to do with the defense of Canada. Someone needs to focus.

As of now . we have neither or should I say none that are published!