We Arrived in a Wave. No Surprise We're Leaving the Same Way. 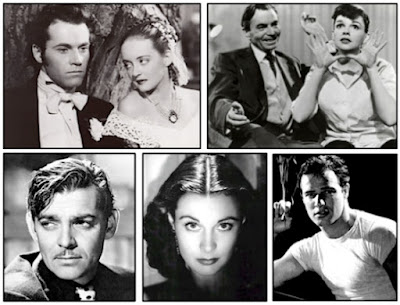 Interesting piece at BBC speculating on the sharp increase in celebrity deaths in recent months. They backed it up with this chart of obituaries of prominent types for the first quarter of the last five consecutive years:

Wowser, something's happenin' here, what it is ain't exactly clear. Except it is. We're witnessing the start of the Big Boomer Die-Off. Blame it on Adolf, Benito and Hirohito. What with the biggest war yet known to mankind people had other things to do than get on with their lives and make babies. Then, with Hitler in the ground, our dads came back, took a couple of years to heal and/or settle down before making up for lost time and - voila - me and a lot of little boys and girls just like me.

What goes up must go down, in the Great Dirt Nap context, and so we're beginning to drop off in bigger numbers with each passing year.

Many of those now dying belonged to the so-called baby-boom generation, born between 1946 and 1964, that saw a huge growth in population. In the US for example, the census bureau said that 76m people in 2014 belonged to the baby boomer generation - some 23% of the population.

With more babies born into the baby-boom generation, it meant more went on to eventually become famous.

Now, those famous former babies, aged between 70 and 52, are dying.

Get over it and, if you can't, try Turner Classic Movie therapy. Tune that channel in and you're entering a virtual video necropolis.

By the way, if you'll miss us when we're gone. If the place starts to feel a bit empty. Relax, the Japanese already have that figured out.

If the conservatives think they have a problem now . . .

Anyong said...and not only that Mound, but all those fifty something's committing suicide. It is unreal as well.