Hell, Even Bill Likes Her That Much 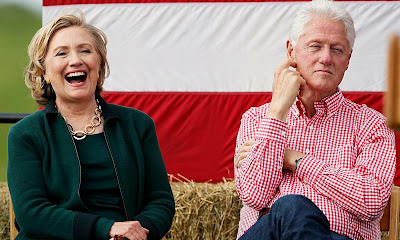 Hillary Clinton's numbers are in the crapper. A poll conducted by NBC and the Wall Street Journal finds Hillary's approval among registered voters comes in at 32% positive, 56% negative. That's the lowest her numbers have gone since she was first tracked in 2001.

Hell, even Bill Clinton likes Hillary that much.