She came to America with her parents 26-years ago to escape from anti-semitism in Russia. Since then Julia Ioffe has established herself as a journalist writing for the New York Times Magazine, Foreign Policy, The New Republic and other news outlets.

However a recent profile of the next former Mrs. Donald J. Trump, Melania, Ioffe wrote for GQ, has earned her a barrage of anti-semitic hate mail from Trump supporters.

Here are a couple of photos she's received:

The sender of this one advised her to swallow her diamonds. 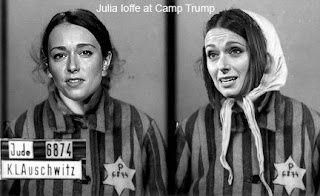 The next one came with the message, "they know about you." 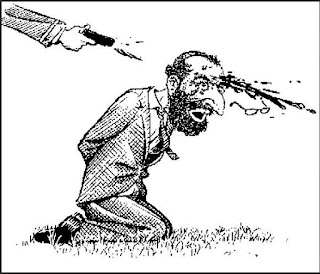 Someone reaches her by phone playing Hitler speeches. Last night she got a call from a business, Aftermath Services, enquiring about "homicide clean up" she had ordered.
Posted by The Mound of Sound at 9:32 AM

The neo-liberals unwittingly or uncaringly fostered this, creating the environment for Trump, or someone like him, to challenge for the US presidency.
The people of the United States don't deserve Trump, but its elites do.
Even if Trump doesn't win the presidency this election, I worry someone like him will challenge for and then win the next. There's gotta be others watching, and taking notes.

Sadly, I suppose you're likely right on that, Troy. They do seem to be headed for some sort of unfortunate outcome. Makes me yearn for the good old days when I was down there - during the Vietnam War.

Anyong said......when people are treated as if they don't matter only the wealthy matter and the poor and middle class...yes middle class, have their labour stolen from them, they begin showing their anger. This is set up time for someone like Trump to come along and walla, it is ripe for WWIII. That is what happened during WWII.