Ever Heard of "Late Capitalism"? 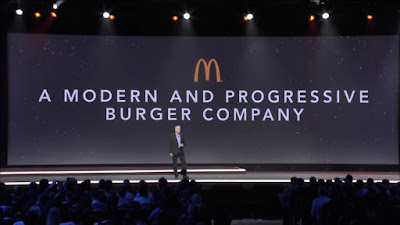 Late capitalism. It's a term with roots in the disciples of Karl Marx but, like "neoliberalism," it's come to mean many things to many people.  The Atlantic explores the depth and breadth of "late capitalism" attempting to divine a meaning suitable for the age we're living in.

“Late capitalism,” in its current usage, is a catchall phrase for the indignities and absurdities of our contemporary economy, with its yawning inequality and super-powered corporations and shrinking middle class. But what is “late capitalism,” really? Where did the phrase come from, and why did so many people start using it all of a sudden?

For my own part, I vaguely remembered it coming from the writings of Karl Marx—the decadence that precedes the revolution? I polled a few friends, and they all sort of remembered the same thing, something to do with 19th-century Europeans and the inherent instability of the capitalist system. This collective half-remembering turned out to be not quite right. “It’s not Marx’s term,” William Clare Roberts, a political scientist at McGill University, told me.
...

In the wake of the Great Recession, the protestors of the Occupy movement occupied; the Sanders campaign found real, unexpected traction; the Fight for $15 helped convince 19 states and cities to boost their minimum wages up to $15 an hour. Editors and writers on the left founded or expanded publications like Jacobin, The New Inquiry, and n+1.

Those cerebral outlets helped to fuel renewed interest in Marx and critical theory, as well as late capitalism. David Graeber, a leading figure in Occupy and the coiner of the phrase “We are the 99 percent,” for instance, wrote a long essay for The Baffler that touched on Jameson, Mandel, corporate profitability, flying cars, and, of course, late capitalism. The novel A Young Man’s Guide to Late Capitalismcame out to good reviews in 2011. Pop-scholarly uses of the phrase started showing up in more mainstream publications, soaked up, as though by osmosis, from these publications and thinkers on the far left.
...

Over time, the semantics of the phrase shifted a bit. “Late capitalism” became a catchall for incidents that capture the tragicomic inanity and inequity of contemporary capitalism. Nordstrom selling jeans with fake mud on them for $425. Prisoners’ phone calls costing $14 a minute. Starbucks forcing baristas to write “Come Together” on cups due to the fiscal-cliff showdown.

This usage captures the resurgent left’s anger over the recovery and the inequality that long preceded it—as well as the rage of millions of less politically engaged Americans who nevertheless feel left out and left behind. “I think it’s popular again now because the financial crisis and subsequent decade has really stripped away a veneer on what’s going on in the economy,” Mike Konczal, a fellow at the Roosevelt Institute, told me. “Austerity, runaway top incomes, globalization, populations permanently out of the job market, competition pushed further into our everyday lives. These aren’t new, but they have an extra cruelty that is boiling over everywhere.”
...

“Late capitalism” skewers inequality, whether businesses’ feverish attempts to sell goods to the richest of the rich (here’s looking at you, $1,200 margarita) or to provide less and less to the rest (hey, airlines that make economy customers board after pets). It lampoons brands’ attempts to mimic or co-opt the language, culture, and content of their customers. Conspicuous minimalism, curated and artificial moments of zen, the gaslighting of the lifehacking and wellness movements: This is all late capitalism.

Finally, “late capitalism” gestures to the potential for revolution, whether because the robots end up taking all the jobs or because the proletariat finally rejects all this nonsense. A “late” period always comes at the end of something, after all. “It has the constant referent to revolution,” Roberts said. “‘Late capitalism’ necessarily says, ‘This is a stage we’re going to come out of at some point, whereas ‘neoliberalism’ doesn’t say that, ‘Shit is fucked up and bullshit’ doesn’t say that. It hints at a sort of optimism amongst a post-Bernie left, the young left online. Something of the revolutionary horizon of classical Marxism.”

Come to think of it, what's with all the fake umlauts popping up in brand and stage names?

Buggered if I know, John.

That one's hardly a new trend. Why, with luck we're actually in "Late Umlaut".