The Day Before the Renaissance 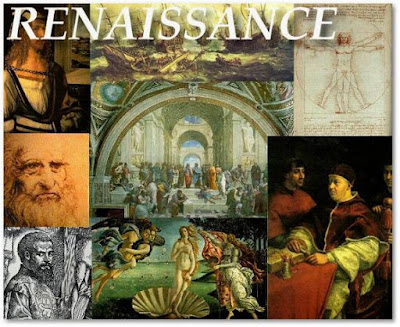 As the Pythons would chime, "Always Look On the Bright Side of Life."

Foreign Policy editor, David Rothkopf, revisits a lesson he learned from his father that should be welcome in this bleak age. He was 17. His father, a scientist, had been brought by his parents to America before Hitler could take them. Rothkopf had been shaken by a documentary on "nuclear winter" and sought out his dad for advice.

On one beautiful, but for me disturbing, afternoon that summer, I finally found my father outside near the tennis courts at the neighborhood swim club to which we belonged. We sat down and I explained what I had seen. “Hundreds of millions of people will die!” I said, “And it could happen. It could happen any minute. In fact, it probably will happen.” The U.S. and Soviet militaries were on a hair-trigger setting. Missiles were waiting in their silos and onboard submarines lurking just off our shores and theirs.

He paused for a minute and then asked with a kind of contrarian perversity that I know he and many other scientists thought was wryly charming, “I see. So, what is it that has you so upset?”

This kind of curveball question had been thrown at me my whole life. But still it made my head spin. “What do you mean, why am I so upset? The whole planet will be devastated. Hundreds of millions will die. Even if you survive, there will be no point in going on living.”

He paused for a moment and stared out into the distance. “Well,” he said calmly and with a slight trace of a Viennese accent, “you know, a hundred million people — a third of the population of Europe — died during the 14th century of bubonic plague. The result was the Renaissance.”

Imagine that you lived during the 14th century. It would be very hard to have much long-term perspective. During the outbreaks of the plague, survival was the only priority. And of course, as bad as it was, the plague was hardly the only concern. The Little Ice Age was beginning.

The Great Schism was dividing the Roman Catholic Church. Mongol rule was ending in the Middle East. The Hundred Years’ War had begun. Dynastic upheaval in China ushered in the beginning of the Ming dynasty. The Scots were fighting for independence (some things never change). Much as it is today, Christian Europe and the forces of Islam were in conflict, resulting in the Battle of Kosovo in 1389.

With the advantage of hindsight, we can see that every one of the shocks that rocked the era led not just to substantial progress, but to reordering of the basic way in which society was viewed. In the wake of the human losses of the Black Plague, labor became more valued, and a middle class began to emerge. Trade flows, which may well have brought the plague to Europe from Asia, also led to the exchange of new ideas and materials, to economic and intellectual growth. The nature of work and how we thought of economics began to change.

A weakened Roman Catholic Church began to be challenged by reformers. States began to emerge in forms like those we know today. Ultimately, within a few hundred years of the change, principalities gave way to nation-states, which in turn were locked in a power struggle with the church. The nature of governance had also been transformed.

Universities and scholarship began to take root and spread in new ways. Education for commoners, beginning with literacy, began to spread. Combining the rise of the middle class and the needs of new governments to win support from other powerful members of society, the seeds of more democratic government were planted in places like Europe, themselves predicated on a changing view of the rights of individuals and of states, the role of law, and the nature of communities.

In other words, while the average citizen of the 14th century saw struggle and chaos, changes were afoot that would redefine how people thought of themselves, who they were, what a community was, and of the nature of basic rights, of governance, of work and economics, of war and peace. To understand the future and how it would be different from the past, it would therefore have been essential to consider the questions associated with such changes. To ask in the context of the changing world — and to ask again, amid what was to follow — how does all this change how I view myself, my community, my rights, my government, my job, and the way the world works around me?

As was the case during the 14th century, we too are living in what might be described as the day before the Renaissance. An epochal change is coming, a transformational tsunami is on the horizon, and most of our leaders and many of us have our backs to it. We’re looking in the wrong direction. Indeed, many of those in positions of power and their supporters are so actively trying to cling to the past we can almost hear their fingernails clawing at the earth as they try to avoid accepting the inevitable and momentous changes to come.

If we sense that such changes are coming, we have an urgent responsibility to ourselves, our families, and our communities to prepare for them. How do we begin to address these massive shifts in nearly every facet of our lives? How can we begin to prepare for changes that are of a scope and substance that may be greater than any faced for 20 generations, some that may be so great that they force us to reconsider our most fundamental ideas about ourselves and our world? And how can we shift our focus away from the old, comfortable formulations about how societies are organized and operate, what they look like, who should lead them, and what course corrections are essential?

Of course, asking the right questions, and getting the right answers, is easier said than done. We have loads of biases. We expect the world will confirm those biases, and we mishear and misread events around us as a result. We expect the future to be like the past. (After all, we live in a world in which 85 percent of the time the weather tomorrow is the same as the weather today.) We are also harried and so busy reacting to the demands of the moment, much like the average citizen of the 14th century dealing with war and plagues and climatic catastrophes, that pausing to get to the root questions often seems like an impossible luxury, and one we are ill-prepared for. This last point is also important. If we don’t understand the technologies or other forces at play in changing our world — be they the burgeoning sciences of the early Renaissance or the neural networks or cyberthreats of today — then how can we possibly understand what is to come?

Furthermore, if those who are supposed to lead us don’t understand the changes, they can’t ask the right questions either. What’s more, they typically have a vested interest in resisting the questions. The status quo got them where they are, and they have a strong interest in preserving it. For example, the predisposition of our political leaders to seek to capitalize on the fears of the moment to advance their self-interested desire to cling to power regularly leads us to keep our eyes on yesterday’s headlines rather than on the horizon. Fearmongering is not only exploitative — and, by the way, plays right into the hands of some, like terrorists, who seek to promote fear — it is also a potentially fatal distraction from the bigger risks associated with potential coming changes for which we are ill-prepared.

So, in the end, Hamlet had it wrong. “To be or not to be” is not the question. The question of questions is, “What is the question?” In this respect, history tells us to start with the basics, the foundational questions that we have for too long taken for granted. There are questions like: “Who am I?” “Who rules?” “What is money?” “What is a job?” “What is peace?” and “What is war?”

One lesson is that the more profound the changes, the more basic the questions we should be asking; it is the simplest and most direct questions that cut to the fundamental issues of life, that resist nuance and evasion and rationalization more effectively.

A question like “Who am I?” can lead to questions about how we derive our identity and, in a connected world, how that and our view of communities is likely to change. The answers to those questions can lead us to question whether our old views and systems of governance for communities will work as well in the future, or whether they need to be changed. And they will also raise questions about the role of technology in helping to implement those changes, in creating other kinds of communities, good and bad, driven by our search for identity that might also impact our lives in profound ways.

While there are, as always, a few bright minds out there pioneering new ways of thinking and starting to ask the right questions, it is the responsibility of all of us as citizens to see the questions raised here or in similar discussions as more than intellectual exercises. Our futures depend on getting this right — as individuals, as communities, as nations, and as a civilization.
Posted by The Mound of Sound at 4:08 PM

Right, Owen. That accounts for how we've spent so many years getting down this dead end street to nowhere. Now we're discovering the rising tide of neoliberalism has us nearly nose deep in it. The only way out is back, collecting principles and values we've discarded along our way.

An excellent article. Mind you, you could have told that average person in the 14th century all that stuff and it wouldn't really have helped them not die of plague.


No, PLG, but it gave the survivors something to look forward to. From histories I've read, after the plague there was plenty of everything to go around. Lots of housing available. Jobs were plentiful. Wages were good. Sweet - while it lasted.