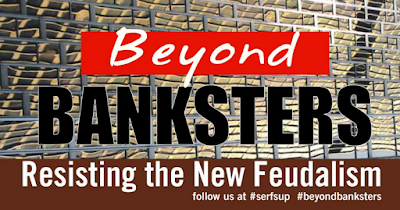 This has happened before. There were three such Republican unified governments in the 20th century. 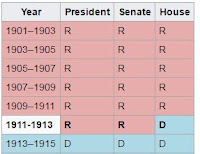 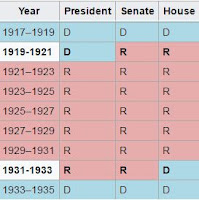 Now, once again, it's Red across the board - House, Senate and President. And Robert Reich observes they're at it again.


Donald Trump has ordered a rollback of regulations over Wall Street, including the Dodd-Frank Act, passed in 2010 to prevent another too-big-to-fail banking crisis.

Perhaps Trump thinks that we’ve forgotten what happened when Wall Street turned the economy into a giant casino, and then – when its bets went sour in 2008 – needed a giant taxpayer funded bailout.

Getting rid of Dodd-Frank triples the odds of another financial crisis.

Now remember, a decade ago, Goldman Sachs defrauded investors and ripped off its customers and it’s paid nearly $9 billion in government fines.

Many of Trump’s banksters were there at that time.

Trump's faithful and adoring Gullibillies don't care. If he tells them he's "draining the swamp" that's good enough for them. They  are Donald Trump's lawful prey. And those idiots who keep defending Trump claiming he's out to take down the banksters - well, they're idiots.

Banksters have been ruling U.S.A. well before Drumpf...
Focusing just on present is... fake news.
A..non


A..non, drop this "fake news" bullshit. That's so FaceBook of you. Yes, the role of Wall Street influence in the American government is well documented. That doesn't mean that anything in this post is misleading or incorrect. Shop that "fake news" garbage somewhere else.

Well, Anonymouse, knuckle-draggers aren't particularly welcome here. You appear a bit unhinged. See somebody about that. Meds might help. Meanwhile, I think it's time to clean out your stall. Adios, meathead.

It's not surprising when a fake-left neoliberal suppresses a dissenting opinion: it's all they got.

You need to learn the difference between dissent and making a complete asshole of yourself. Didn't your mother teach you anything?