Think of It as Unintended Consequences 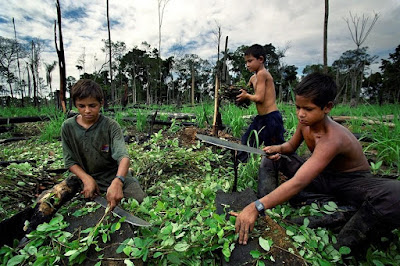 We tossed the Taliban and Afghanistan turned into one giant opium poppy field, providing the lion's share of the planet's illegal opium/heroin production. Sixteen years later, Afghanistan's opium industry is still booming. It's the number one source of revenue in the country and forms the criminal nexus that links farmers, insurgents and government authorities.

Next up, Colombia. While we don't pay that region a lot of attention, the United States has, for almost two decades, propped up the Colombian government's fight against FARC guerrillas. The FARC rebels were major players in Colombia's coca/cocaine industry. Lots of money to be had there.

It was thought, by the US and Colombian authorities alike, that last year's peace deal with FARC would spell the end of the cocaine troubles.


Seventeen years and $10 billion after the U.S. government launched the counternarcotics and security package known as Plan Colombia, America’s closest drug-war ally is covered with more than 460,000 acres of coca. Colombian farmers have never grown so much, not even when Pablo Escobar ruled the drug trade.

The peace accord signed last year by the Colombian government and leftist FARC rebels to end their 52-year war committed the guerrillas to quit the narcotics business and help rural families switch to legal crops. But the cash benefits available through the peace deal appear to have created a perverse incentive for farmers to stuff their fields with as many illegal plants as possible.

The result is a cocaine market so saturated that prices have crashed and unpicked coca leaves are rotting in the fields, according to Luis Carlos Villegas, Colombia’s defense minister. “We’ve never seen anything like it before,” he said.

He and other top officials concede that the end of the war with the FARC, or Revolutionary Armed Forces of Colombia, has made the drug fight more difficult, not less. The days when U.S.-funded aircraft could douse coca plantations with herbicide are over. A problem that could once be attacked with blunt military force has morphed into a sociological, state-building challenge.

U.S. lawmakers are growing impatient. Colombia produced a whopping 710 metric tons of cocaine last year, according to U.S. government estimates, up from 235 metric tons in 2013.

Before Afghanistan became the world's leading producer of heroin, the big heroin hot-spot was the Golden Triangle, encompassing Thailand, Laos and Vietnam. The Golden Triangle really picked up when the US was at war in Vietnam, and the CIA's Air America was running drugs. By some estimates, 10 to 15% of US servicemen became heroin addicts while "in country."

As for Afghanistan, "since the US toppled the Taliban in 2002, opium production in the country has tripled. Afghanistan accounted for over 90 percent of the world’s heroin market in 2014." This is despite (or more likely because of) the US spending $7 billion in "counter-narcotics" programs. It should come as no surprise that more than half a billion of that ended up in the hands of Blackwater, run by Erik Prince, brother of Trump's Education Secretary Betsy DeVos.

Strange how the drug trade seems to flourish is places where the US gives "military support."

Further...
A vast majority of people (>80%), those without addictive personality traits, can safely enjoy recreational cocaine use. As Mark Twain remarked: “Censorship is telling a man he can't have a steak just because a baby can't chew it...”
A..non


A..non, I don't know about the safe recreational use of cocaine. I have had a former RCMP drug dog handler tell me that there are many high-functioning heroin addicts holding down prominent positions in society.