The "Great Climate Silence" or Tweedledum and Tweedledee Go To Ottawa 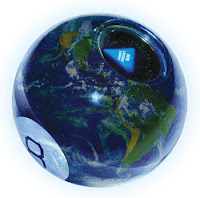 This is an equal opportunity, non-partisan yet still seething condemnation of the human detritus that populates our House of Commons on both sides of the aisle. It extends to the government of the day, the official opposition and its runner-up (you know who you are, Dippers). A special pox is reserved for their respective leaders should the other two choose one.

From The Guardian, excerpts from Clive Hamilton's, Defiant Earth, the Fate of Humans in the Anthropocene.

It is true that grasping the scale of what is happening requires not only breaking the bubble but also making the cognitive leap to “Earth system thinking” – that is, conceiving of the Earth as a single, complex, dynamic system. It is one thing to accept that human influence has spread across the landscape, the oceans and the atmosphere, but quite another to make the jump to understanding that human activities are disrupting the functioning of the Earth as a complex, dynamic, ever-evolving totality comprised of myriad interlocking processes.

But consider this astounding fact: with knowledge of the cycles that govern Earth’s rotation, including its tilt and wobble, paleo-climatologists are able to predict with reasonable certainty that the next ice age is due in 50,000 years’ time. Yet because carbon dioxide persists in the atmosphere for millennia, global warming from human activity in the 20th and 21st centuries is expected to suppress that ice age and quite possibly the following one, expected in 130,000 years.

If human activity occurring over a century or two can irreversibly transform the global climate for tens of thousands of years, we are prompted to rethink history and social analysis as a purely intra-human affair.

How should we understand the disquieting fact that a mass of scientific evidence about the Anthropocene, an unfolding event of colossal proportions, has been insufficient to induce a reasoned and fitting response?

For many, the accumulation of facts about ecological disruption seems to have a narcotising effect, all too apparent in popular attitudes to the crisis of the Earth system, and especially among opinion-makers and political leaders. A few have opened themselves to the full meaning of the Anthropocene, crossing a threshold by way of a gradual but ever-more disturbing process of evidence assimilation or, in some cases, after a realisation that breaks over them suddenly and with great force in response to an event or piece of information in itself quite small.

Beyond the science, the few alert to the plight of the Earth sense that something unfathomably great is taking place, conscious that we face a struggle between ruin and the possibility of some kind of salvation.
...

Yet the bookshops are regularly replenished with tomes about world futures from our leading intellectuals of left and right in which the ecological crisis is barely mentioned. They write about the rise of China, clashing civilizations and machines that take over the world, composed and put forward as if climate scientists do not exist. They prognosticate about a future from which the dominant facts have been expunged, futurologists trapped in an obsolete past. It is the great silence.

Perhaps the intellectual surrender is so complete because the forces we hoped would make the world a more civilised place – personal freedoms, democracy, material advance, technological power – are in truth paving the way to its destruction. The powers we most trusted have betrayed us; that which we believed would save us now threatens to devour us.
For some, the tension is resolved by rejecting the evidence, which is to say, by discarding the Enlightenment. For others, the response is to denigrate calls to heed the danger as a loss of faith in humanity, as if anguish for the Earth were a romantic illusion or superstitious regression.

Yet the Earth scientists continue to haunt us, following us around like wailing apparitions while we hurry on with our lives, turning around occasionally with irritation to hold up the crucifix of Progress.