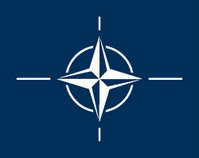 In a message seemingly aimed at Donald Trump, a NATO commander has called for a united fight against climate change.

Climate change poses a global security threat that all countries must fight together, a NATO general said on Wednesday, as U.S. President Donald Trump nears a decision on whether to pull out of the Paris climate deal.

The comments were the strongest yet from the U.S.-European military alliance about the importance of upholding the Paris accord. They come amid lingering tensions between the leadership of the North Atlantic Treaty Organization and Trump, who at one point called NATO "obsolete".

"There is a huge necessity that the U.N. continues to involve all nations and coordinate the action of all nations," to fight climate change, General Denis Mercier, NATO's supreme allied commander for transformation, told Reuters on the sidelines of a conference in Norfolk, Virginia.

"If one nation, especially the biggest nation ... if they do not recognize a problem, then we will have trouble dealing with the causes," of climate change, said Mercier.

Though he did not single out any country by name, the United States is the world's biggest economy and the second largest emitter of greenhouse gases after China.
Posted by The Mound of Sound at 12:49 PM

Let's hope (but I'm not holding my breath) NATO can bring some sanity back on this issue, Mound.


If the Pentagon cannot inform Trump's view on climate change, Lorne, I doubt any NATO commander will succeed where the Pentagon has failed.