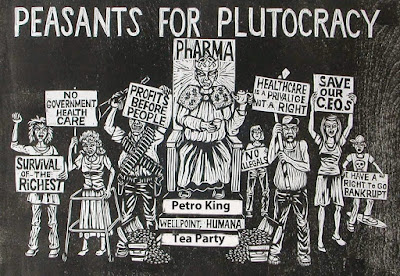 Trump seems to have brought the American people to a new low.


Seven in 10 Americans say the nation’s political divisions are at least as big as during the Vietnam War, according to a new poll, which also finds nearly 6 in 10 saying Donald Trump’s presidency is making the U.S. political system more dysfunctional.

The Washington Post-University of Maryland poll — conducted nine months into Trump’s tumultuous presidency — reveals a starkly pessimistic view of U.S. politics, widespread distrust of the nation’s political leaders and their ability to compromise, and an erosion of pride in the way democracy works in America.

Trump’s arrival in the White House in January ushered in a period of big political fights — over issues including health care, taxes and immigration — and a sharp escalation in personal attacks on political opponents, over social media and elsewhere.

Seven in 10 Americans say the nation’s politics have reached a dangerous low point, and a majority of those believe the situation is a “new normal” rather than temporary, according to the poll.

The polls finds that 7 in 10 Americans view the Trump administration as dysfunctional. But dissatisfaction extends well beyond the executive branch: Even more Americans, 8 in 10, say Congress is dysfunctional, and there is limited trust in other institutions, including the media.

This is a society ripe for hijacking by some charismatic who isn't a raging buffoon like Trump. A people who lack confidence in their government and their institutions can be easy meat for a would-be saviour, someone who can project a sense of credibility that Trump simply cannot muster.

The good news for Congressional Republicans is that a lot of disgruntled Americans see their country's malaise as the fault of Democrats.

While on dysfunctional, check this. "The loss of NSA software downloaded by a Moscow cybersecurity organization is a national-security disaster for the United State . . . "

Using your enemy's software for security and then being hi-jacked by that software is right out of a B movie. The scary part is that this dysfunction is spreading north.

Demoralised?
Bat shit crazy if you ask me..


That's a worrisome story, Toby. I've sent it off to my son in law for his take. He's a computer software/programming guy.


TB, the story was only around briefly but apparently some Canadian embassy staffers came down with the same condition and had to return from Cuba.

30% of American's live in a world of policy and politics,

30% of American's are completely reprogrammable meatbags addicted to hate, fear and anger, who only believe in Cleeks Law,

30% of American's are too busy trying to survive to pay much attention,

10% of American's are so deep in CT that they believe in a Flat Earth.


Well, you did it again Jay. Cleek's law. I'd never heard of it. Where did that come from? I do however understand it. I have to assume it's fairly new and esoteric given that there's no Wiki entry for it. Do you think the CT crowd is really just 10%? I think you might appreciate this: