Three Million Years, Are You Kidding? Another Record for Mankind. 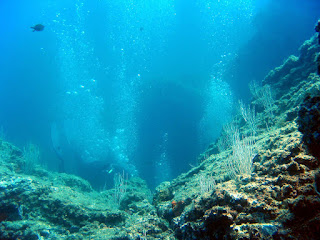 Atmospheric CO2 levels got a bump last year to 403.3 ppm, up from 400.0 ppm in 2015. This is all getting into ancient records territory. The last time our planet's atmosphere logged 403.3 ppm CO2 was about 3 million years ago.

“Globally averaged concentrations of CO2 reached 403.3 parts per million (ppm) in 2016, up from 400.00 ppm in 2015 because of a combination of human activities and a strong El Niño event,” according to The Greenhouse Gas Bulletin, the UN weather agency’s annual flagship report.
...

The last time Earth experienced similar CO2 concentration rates was during the Pliocene era (three to five million years ago), when the sea level was up to 20m higher than now.

“Without rapid cuts in CO2 and other greenhouse gas emissions, we will be heading for dangerous temperature increases by the end of this century, well above the target set by the Paris climate change agreement,” World Meteorological Organisation chief Petteri Taalas said in a statement.

The momentum from the Paris accord in 2015 is faltering due to the failure of national governments to live up to their promises. In a report to be released on Tuesday, UN Environment will show the gap between international goals and domestic commitments leaves the world on course for warming well beyond the 2C target and probably beyond 3C. International efforts to act have also been weakened by US president Donald Trump’s decision to quit the accord.

Prof Dave Reay, professor of carbon management at the University of Edinburgh, said: “This should set alarm bells ringing in the corridors of power. We know that, as climate change intensifies, the ability of the land and oceans to mop up our carbon emissions will weaken. There’s still time to steer these emissions down and so keep some control, but if we wait too long humankind will become a passenger on a one-way street to dangerous climate change.”

Just to refresh, let's unpack those warnings. We need "rapid cuts" in atmospheric greenhouse gas loadings. That's rapid as in R.F.N. Not some $20 a tonne carbon tax. Rapid, big, cuts - now. One part of that challenge is to rapidly decarbonize our societies and our economies. Another part is to find some damn way to capture massive quantities of atmospheric greenhouse gases. And this is no longer a matter of just man-made CO2 emissions either. We've awakened that sleeping giant, Earth, and it's now in the game of releasing massive amounts of once safely sequestered greenhouse gases - CO2 from overheated forests and soil as well as wildfires in our temperate forests and tundra plus mega-methane releases from thawing permafrost and melting seabed methane clathrates. So, kids, we have to wipe our own bottoms and Mother Nature's and those bottoms aren't getting any nicer with the passage of time.

If you can, watch Freightened: The Real Price of Shipping. Tou can find it on the Knowledge Network until November 24.

If I remember correctly, the 20 largest freighters exude as much pollutants as all the cars in the world combined!

I'll see if I can find it. Thanks.

Read a news article digging into hypothesis how a pair of boulders ended up on a cliffside over 100,000 years ago: the place is Euluthera.

The waters back then were 20m higher then, which means the coastline could be like a meat grinder.

And due to climate change, that's probably what conditions will return to.


You may be right, Troy. What I'm finding most infuriating about global warming is that we are not being given an opportunity to live as we could to at least postpone the onset of climate change.

Yes, there are many things we can do individually and I do make an effort, but most of those are little more than expressions of good intentions. Until they're adopted on a societal scale they can't have much effect if any. That provides a grand excuse for shirkers who can argue that nothing they might do would make anything different anyway.

I'm not sure I'm making my point clearly. Let's say that the Canadian people, or at least a sizeable majority of us, said that we wanted to do what was necessary to help ensure as good a life as possible for our great-grandchildren. With that we've set a goal, a purpose, and all we need from there is to create models of what that would require of us, individually, of the corporate sector, and of government.

We, as James Lovelock suggested years ago, would have to learn to "live smaller." That could include living local, buying locally made products and foodstuffs, limiting unnecessary travel, cutting waste and overconsumption, sharply reducing our individual carbon footprint. The commercial sector would do much along the same lines. Governments would begin shutting down the fossil energy industry while expanding renewable energy options. They would have to junk the neoliberal "GDP growth" model they embrace for other modes of organization.

We're at 403 ppm of a very persistent greenhouse gas, CO2, and we have to be well under 350, perhaps much less. Now we have the added burden of the Earth emitting both CO2 and especially methane at rates unknown to human history.

If we had some comprehensive model or perhaps models that would achieve a better future for the next three or four generations, we might be willing to accept the changes necessary to meet that goal.

Christ, Troy, we're using up resources at 1.7 times the Earth's ecological carrying capacity. This game we're living, this environmental Ponzi scheme, is going to stop whether we like it or not.

We can take this problem into our own hands and prepare to meet it on our terms to the extent even that is possible or we can just let our rapacious behaviours continue until we're overtaken by events.

Sort of like Pompeii. You can get out of town when Vesuvius starts belching smoke or you can ignore it and carry on until you're suffocated under hot ash.