It's Not an IQ Test that Trump Needs


The test that Donald Trump needs is something more along these lines: 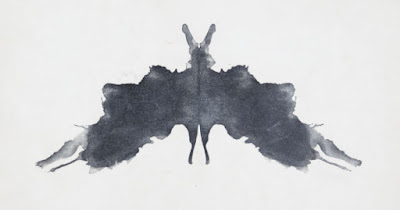 In response to reports that Trump has fired back at Rex Tillerson for calling the president "a f#@king moron," the man/baby commander in chief has challenged Tillerson to an IQ test contest.

It's not Trump's IQ that needs testing, it's Trump's sanity. There's no getting around the fact that Trump is, as David Letterman put it, a "badly damaged human being." From his malignant narcissism and paranoia to his trademark compulsive lying it's plain that Donald J. Trump is a whack job. He's a nutter who could flip into full-bore lunacy, the last person who ought to have access to America's nuclear launch codes. He's so petulant and brooding that his chief of staff now has to serve double duty as Trump's mental health therapist.

Donald Trump needs to submit to a full mental health profile. All the tests, all the interviews, all the analysis and assessment. He deserves to prove that he's fit for the Oval Office rather than a padded room.
Posted by The Mound of Sound at 1:34 PM

As much as I agree with your assessment of Trump, I'm pretty sure that's not how the onus works under the 25th Amendment.


The problem with the 25th amendment is that there has been virtually no interpretation of its scope or operation in the US Supreme Court.

Donald Trump is probably not as abnormal as they say he is.
It's just that the average person is not really all that together and rational to begin with.
I think if one were to examine a lot of seemingly normal, successful, presumably well-adjusted types in-depth it would reveal a lot of dark secrets they hold within.
In short, President Trump is, essentially, an expose of the reality of a lot of folks we would normally have faith and trust in. He's simply more upfront and stark about what really goes on inside his mind.

Well he's unlike any president I've experienced and that goes back to Eisenhower, Tal. He's causing the US a lot of damage, especially in the critical Asia-Pacific region and in Europe. A lot of what he's doing plays straight into the hands of Moscow and Beijing and they've been quick to exploit the opportunities.

If China does manage to flip the switch on the world reserve currency from the US dollar to its own Yuan, which would be effected in the Middle East, the dollar could slide sharply. Some of the manufacturing jobs would return as Americans were left to work at Asian payscales.

It is a very informative and useful post thanks it is good material to read this post increases my knowledge. IQ Test