Is Your Smartphone Dumbing You Down? Ask the Guys Who Made That Possible. 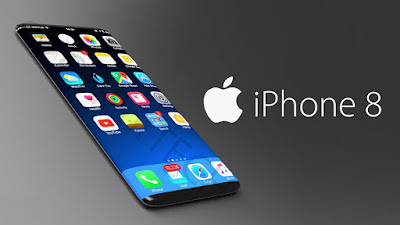 This is fascinating, a resistance movement emerging within Silicon Valley. They're speaking out and warning of a dire threat that probably spends a good deal of time in your hand.

He was particularly aware of the allure of Facebook “likes”, which he describes as “bright dings of pseudo-pleasure” that can be as hollow as they are seductive. And Rosenstein should know: he was the Facebook engineer who created the “like” button in the first place.

A decade after he stayed up all night coding a prototype of what was then called an “awesome” button, Rosenstein belongs to a small but growing band of Silicon Valley heretics who complain about the rise of the so-called “attention economy”: an internet shaped around the demands of an advertising economy.
...

There is growing concern that as well as addicting users, technology is contributing toward so-called “continuous partial attention”, severely limiting people’s ability to focus, and possibly lowering IQ. One recent study showed that the mere presence of smartphones damages cognitive capacity – even when the device is turned off. “Everyone is distracted,” Rosenstein says. “All of the time.”

But those concerns are trivial compared with the devastating impact upon the political system that some of Rosenstein’s peers believe can be attributed to the rise of social media and the attention-based market that drives it.

Drawing a straight line between addiction to social media and political earthquakes like Brexit and the rise of Donald Trump, they contend that digital forces have completely upended the political system and, left unchecked, could even render democracy as we know it obsolete.
...

“One reason I think it is particularly important for us to talk about this now is that we may be the last generation that can remember life before,” Rosenstein says. It may or may not be relevant that Rosenstein, Pearlman and most of the tech insiders questioning today’s attention economy are in their 30s, members of the last generation that can remember a world in which telephones were plugged into walls.

It is revealing that many of these younger technologists are weaning themselves off their own products, sending their children to elite Silicon Valley schools where iPhones, iPads and even laptops are banned. They appear to be abiding by a Biggie Smalls lyric from their own youth about the perils of dealing crack cocaine: never get high on your own supply.

These guys aren't Luddites. They're the keepers of the keys, the temple priests. But this goes beyond distraction and impairment of IQ. It extends to brainwashing.

If the people who built these technologies are taking such radical steps to wean themselves free, can the rest of us reasonably be expected to exercise our free will?

Not according to Tristan Harris, a 33-year-old former Google employee turned vocal critic of the tech industry. “All of us are jacked into this system,” he says. “All of our minds can be hijacked. Our choices are not as free as we think they are.”

Harris, who has been branded “the closest thing Silicon Valley has to a conscience”, insists that billions of people have little choice over whether they use these now ubiquitous technologies, and are largely unaware of the invisible ways in which a small number of people in Silicon Valley are shaping their lives.
...

Harris is the student who went rogue; a whistleblower of sorts, he is lifting the curtain on the vast powers accumulated by technology companies and the ways they are using that influence. “A handful of people, working at a handful of technology companies, through their choices will steer what a billion people are thinking today,” he said at a recent TED talk in Vancouver.

“I don’t know a more urgent problem than this,” Harris says. “It’s changing our democracy, and it’s changing our ability to have the conversations and relationships that we want with each other.” Harris went public – giving talks, writing papers, meeting lawmakers and campaigning for reform after three years struggling to effect change inside Google’s Mountain View headquarters.

Smartphones may be the six-shooter but social media are the bullets. But brainwashing, really? Yeah, really.

Last July, The Guardian's George Monbiot outed a small firm in Victoria, BC, Aggregate IQ, for manipulating the "leave" vote in the Brexit referendum.

Finding “persuadable” voters is key for any campaign and with its treasure trove of data, Cambridge Analytica could target people high in neuroticism, for example, with images of immigrants “swamping” the country. The key is finding emotional triggers for each individual voter.
Cambridge Analytica worked on campaigns in several key states for a Republican political action committee. Its key objective, according to a memo the Observer has seen, was “voter disengagement” and “to persuade Democrat voters to stay at home”: a profoundly disquieting tactic. It has previously been claimed that suppression tactics were used in the campaign, but this document provides the first actual evidence.
...

Tamsin Shaw, an associate professor of philosophy at New York University, helps me understand the context. She has researched the US military’s funding and use of psychological research for use in torture. “The capacity for this science to be used to manipulate emotions is very well established. This is military-funded technology that has been harnessed by a global plutocracy and is being used to sway elections in ways that people can’t even see, don’t even realise is happening to them,” she says. “It’s about exploiting existing phenomenon like nationalism and then using it to manipulate people at the margins. To have so much data in the hands of a bunch of international plutocrats to do with it what they will is absolutely chilling.

“We are in an information war and billionaires are buying up these companies, which are then employed to go to work in the heart of government. That’s a very worrying situation.”

Martin Moore of King’s College, London, pointed out that elections were a newly fashionable tool for would-be authoritarian states. “Look at Erdoğan in Turkey. What Theresa May is doing is quite anti-democratic in a way. It’s about enhancing her power very deliberately. It’s not about a battle of policy between two parties.”

This is Britain in 2017. A Britain that increasingly looks like a “managed” democracy. Paid for a US billionaire. Using military-style technology. Delivered by Facebook. And enabled by us. If we let this referendum result stand, we are giving it our implicit consent. This isn’t about Remain or Leave. It goes far beyond party politics. It’s about the first step into a brave, new, increasingly undemocratic world.

It's now becoming clear that even the Russians played this game last year to throw the presidency to Donald Trump. They used data mining to identify susceptible voters in critical states and bought Facebook ads to target them, to steer their votes.

“It’s no exaggeration to say that minds can be changed. Behaviour can be predicted and controlled. I find it incredibly scary. I really do. Because nobody has really followed through on the possible consequences of all this. People don’t know it’s happening to them. Their attitudes are being changed behind their backs.”

Facebook profiles – especially people’s “likes” – could be correlated across millions of others to produce uncannily accurate results. ...with knowledge of 150 likes, their model could predict someone’s personality better than their spouse. With 300, it understood you better than yourself. “Computers see us in a more robust way than we see ourselves.”

And yet this menace that subverts democracy and manufactures victory for the right price, birthed in Canada, and potentially a game-changer for our own 2019 elections is not even on our politicians' radar. Like so many other threats we're facing, we don't even discuss it. It's not like we're getting taken for a ride. We're the mules getting ridden.

Have I just been brain washed by reading this blog !? ....
And I dont (wont) go anywhere near Facebook & Twitter but wonder about my addiction to internet 'news'....
I am not at all sure that the 'information era' is a good thing for mankind.....

“If we are going to build systems of communication for future politics, we’re going to have to build them under the assumption that the network is not only untrusted, but untrustworthy. And we’re going to have to build under the assumption that centralized services can kill you. We can’t fool around about this. We can’t let Facebook dance up and down about their privacy policy. That’s ludicrous. We have to replace the things that create vulnerability and lure our colleagues around the world into using them to make freedom, only to discover that the promise is easily broken by a kill switch.” Eben Moglen, keynote speaker at the 2011 FOSDEM Meeting in Brussels on Feb, 5, 2011


One of the things I've been trying to do, Rural, is to provide plenty of links to original source material. I don't want readers to blindly accept what I write yet I wonder how many ever follow those links? Some, I know, do pursue the links and use them as a starting point to delve further into the issue raised and some add what they've learned in the comments.

Internet "news"? What is that? I have a list of web sites, quite a list, that are maintained by English-language newspapers from around the world. I also have a list of progressive web sites but I approach them with a bit of wariness. Then I have a list of world think tanks, some of which are very credible. Another list for science sites, governmental and NGOs. NASA, NOAA, the Brit's Met Office, that sort of thing. Most of these sites present what, in my day as a journo, we called "hard news." That's information and analysis delivered with a minimum of editorialism or spin. Unfortunately the mainstream media today has succumbed to the level of lower orders of news outlets and the bias does come through. I read stuff all the time that, 40 years ago, would have earned the rebuke of one's peers, what we used to call "blowjob pieces." Your reputation would be in tatters. Today, when newspapers run press releases and TV stations accept pre-recorded "news" reports from private interests, a reporter's reputation means a lot less.


Toby, thanks for the link. It was an interesting video.

I am a genXer...so I like to think I can avoid this level of brainwashing. I skirt along the abyss(fb user), but I try my best to ground myself by visiting this blog and get news from many reputable sources(not fb, lol). Thank you for your collection of essays Mound, much appreciated.
and I truly cannot fathom how many people have access to endless amounts of information, but use it to spread cat videos and spread anti-vaxx websites.
fascinating that the crack dealers whisk their children away from the drugs.