I Hope Bob Mueller Has a Sense of Humour 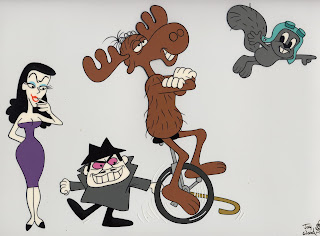 There are some things that just get better with age. That includes scandals. They need time to soak and simmer. Yesterday it was Manafort (plus one) and Papadopoulos.

Trump began yesterday running for cover, focused on distancing himself from Paul Manafort. His former campaign manager's foibles had nothing to do with Trump or his presidential campaign. Besides it all was old news by the time Trump decided to run. It was unconvincing but probably was just what Trump's base wanted to hear.

The George Papadopoulos guilty plea, well that caught Trump off guard. He had to hold fire until he could work out what to say. Today the Mango Mussolini lashed back, calling Papadopoulos a "liar." Hard to argue that one. The guy did plead guilty to lying to FBI investigators. He's a confessed liar. Only Trump needs to maintain that everything Papadopoulos told the FBI after he was caught lying, that's the real lie. Talk about reed thin.

Curiously enough the Russians got into it too. A Russian government spokesperson is arguing that Mueller's case is "cooked up."   Really, how so?


...the spokeswoman for Russia's foreign ministry, Maria Zakharova, pointed out that the 31-page indictment wrongly describes Yulia Tymoshenko as a former president of Ukraine.

In fact, Tymoshenko twice served as the country's prime minister, before being jailed in 2011 on embezzlement charges that the U.S. and others said were politically motivated.

"I liked a lot the bit that, it turns out, according to the recent findings of American enforcers, the Ukrainian president before [Viktor] Yanukovych was Yulia Tymoshenko," Zakharova told the state-owned Russia 1 television station Monday. "We did not know that, but there you go."

She suggested that the mistake undermined the rest of the indictment.

"This is a very important moment showing the way how, once again, this document had been made, cooked up," Zakharova added. "You understand when you talk about serious investigation one cannot allow things like that."

Why am I suddenly thinking Rocky and Bullwinkle, Boris and Natasha? Why did Team Putin even decide to air such a stupid argument?

If this is what we're getting on Day 2 you can only imagine what awaits in the coming weeks as more information comes out of the investigation. It does sound as though Mueller has Putin as rattled as Trump.

There's plenty of new speculation that Papadopoulos, described by the FBI as a "proactive cooperator" probably spent a good bit of time since July meeting with Trump's people while wearing a wire.

Harry Litman, a former US attorney and deputy assistant attorney general, wrote in the New York Times that Papadopoulos' guilty plea is far more immediately ominous to the president and his inner circle than the charges against Manafort and Gates.

A paragraph in the plea agreement indicates that Papadopoulos pleaded guilty on October 5 to lying to the FBI about his contact with the professor and the plea was sealed so that he could act as a "proactive cooperator".

"The meaning of that phrase is unclear," Litman wrote. "But one nerve-racking possible implication is that Mr Papadopoulos has recently worn a wire in conversations with other former campaign officials. This will surely have members of Mr Trump's inner circle agonising about the possibility and wondering who else might have been similarly cooperating with the investigation."

Former public defender and professor Seth Abramson explained on Twitter why the term "proactive cooperator" is probably bad news for others in Trump's orbit.

"Prosecutors often require a defendant to perform cooperative services for the government well in advance of his or her formal plea," he tweeted.

Former US attorney Preet Bharara, who Trump fired earlier this year, told Politico Magazine: "Hard to tell, but the George Papadopoulos guilty plea tells us (a) Mueller is moving fast (b) the Mueller team keeps secrets well (c) more charges should be expected and (d) this team takes obstruction and lying very, very seriously. That should be of concern to some people."

There's a powerful psychological game in play here and, providing you're the one asking rather than answering the questions, it can be immensely fun to play.