Politics as a Displacement Activity 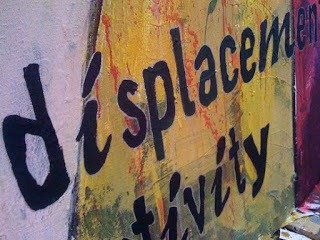 "Displacement activity" is how the Financial Times columnist, Simon Kuper, describes the infuriating fondness of our political leadership to become absorbed in secondary matters, even trivialities, while they ignore the really pressing problems of the day.

Kuper argues what's going on and not going on in our parliaments, congresses and legislatures reveals a somewhat dystopian near-future overtaking us.

Climate change is making natural disasters more frequent, and more Americans now live in at-risk areas. But meanwhile, Donald Trump argues on Twitter about what he supposedly said to a soldier’s widow. So far, Trump is dangerous less because of what he says (hot air) or does (little) than because of the issues he ignores.

He’s not alone: politics in many western countries has become a displacement activity. Most politicians bang on about identity while ignoring automation, climate change and the imminent revolution in medicine. They talk more about the 1950s than the 2020s. This is partly because they want to distract voters from real problems, and partly because today’s politicians tend to be lawyers, entertainers and ex-journalists who know less about tech than the average 14-year-old. (Trump said in a sworn deposition in 2007 that he didn’t own a computer; his secretary sent his emails.) But the new forces are already transforming politics.

Ironically, given the volume of American climate denial, the US looks like becoming the first western country to be hit by climate change. Each new natural disaster will prompt political squabbles over whether Washington should bail out the stricken region. At-risk cities such as Miami and New Orleans will gradually lose appeal as the risks become uninsurable. If you buy an apartment on Miami Beach now, are you confident it will survive another 30 years undamaged? And who will want to buy it from you in 2047? Miami could fade as Detroit did.

Kuper looks to the horizon and sees the dust clouds of chaos approaching.

On the upside, many Africans will soon, for the first time ever, have access to energy (thanks to solar panels) and medical care (as apps monitor everything from blood pressure to sugar levels, and instantly prescribe treatment). But as Africa gets hotter, drier and overpopulated, people will struggle to feed themselves, says the United Nations University. So they will head north, in much greater numbers than Syrians have, becoming the new bogeymen for European populists. Patrolling robots — possibly with attack capabilities — will guard Fortress Europe.

Everywhere, automation will continue to eat low-skilled jobs. That will keep people angry. Carl Benedikt Frey of Oxford university’s Martin School recalls workers smashing up machines during the British industrial revolution, and says: “There was a machinery riot last year: it was the US presidential election.” American workers hit by automation overwhelmingly voted Trump, even though he doesn’t talk about robots.

Those really important problems that worry you, the threats that your grandkids will face? Forget about them. Your political caste already has.
Even if governments want to redress inequality, they won’t be able to, given that paying tax has become almost voluntary for global companies.

The country hit hardest by automation could be China (though Germany could suffer too, especially if its carmakers fail to transform). China’s model of exploiting cheap factory labour without environmental regulations has run its course, says Wadhwa. “I don’t think we need Chinese robots.” Even if China’s economy keeps growing, low-skilled men won’t find appealing careers, and they won’t even have the option of electing a pretend system-smasher like Trump. The most likely outcome: China’s regime joins the populist trend and runs with aggressive nationalism.

Troubled regimes will also ratchet up surveillance. Now they merely know what you say. In 10 years, thanks to your devices, they will know your next move even before you do. Already, satellites are monitoring Egypt’s wheat fields, so as to predict the harvest, which predicts the chance of social strife. Meanwhile, western politicians will probably keep obsessing over newsy identity issues. My prediction for the 2020s: moral panics over virtual-reality sex.

I suspect Kuper's arguments are probably sound. Politics, even in Canada, has become a displacement activity.  The big issues, threats that loom 30, 20, even ten years away never become the subject of earnest debate in our provincial legislatures or on the floor of the House of Commons. The dedbate on the petro-economy fits well with Kuper's observation about a focus on the 1950s rather than the 2020s.

Back during Harper's zenith I labeled him "the fractional prime minister" for his pattern of focusing his attention on a few narrow issues while utterly ignoring the great challenges facing our country. I imagined Trudeau would at least include these existential challenges among his top priorities. He hasn't. And so we're not even acknowledging, much less discussing, the world Canadians will be living in 30, 20, even ten years from now. This is the time, these are the critical and irreplaceable years, in which we can still explore and analyze and plan for changes we'll need to implement before these troubles, as a reward for our indifference and neglect, dictate for us changes we will have to accept and endure.

If we don't foresee the future and prepare for it accordingly, we will have one option - submission.

Mound, if in your opening sentence you change "political leadership" to "mainstream news media" we see a great part of the problem. Yes, I know you are aware that our media spend almost all their time on trivial issues. There have been times when reporters would do their research and ask important people dangerous questions but we are not seeing that now. What we get is not worth watching, listening or reading.


I suppose that's why I rarely watch or listen to television or radio programming, Toby. I am, however, dismayed at how those who do rely, especially on TV news, to stay informed often are uninformed or misinformed. That undermines the critical need for an informed electorate which is why I've long argued that democratic restoration must prioritize the dismemberment of the corporate media cartel. It's gotta go. An informed public must have access to the broadest range of information and opinion from the greatest number of voices and that has been choked off today.