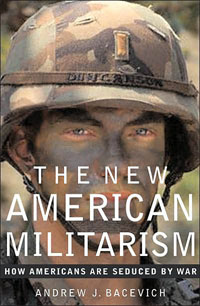 How well do you remember the world order as it was constituted in the 1980s and the 1990s? How aware are you of the extent it has changed in the opening decades of the 21st century? What has changed politically, socially, environmentally since we ushered in this new millennium?

There's been so much change in so many areas that it's almost impossible to mentally chart it accurately. It's hard enough to keep up with what is much less tracking what was, what came before, what brought us to where we are today.

Creeping normalcy (normality if you prefer) is the process by which major change, even if objectionable, if introduced slowly or incrementally, becomes accepted as normal, often obscuring our recollection of what had been before. It's a risky business. Jared Diamond in his book "Collapse, How Societies Choose to Fail or Succeed," discusses how societies, blinded by creeping normalcy, have gradually undermined themselves by not noticing change until it was too late.

Retired US Army commander turned professor emeritus of international relations at Boston University, Andrew Bacevich, sees the force of creeping normalcy in how Americans have learned not to care about their country's permawars, wars without victory or defeat, wars without end.

Like traffic jams or robocalls, war has fallen into the category of things that Americans may not welcome, but have learned to live with. In twenty-first-century America, war is not that big a deal.
...

Why do Americans today show so little interest in the wars waged in their name and at least nominally on their behalf? Why, as our wars drag on and on, doesn’t the disparity between effort expended and benefits accrued arouse more than passing curiosity or mild expressions of dismay? Why, in short, don’t we give a [expletive deleted]?

Perhaps just posing such a question propels us instantly into the realm of the unanswerable, like trying to figure out why people idolize Justin Bieber, shoot birds, or watch golf on television.

Bacevich then lists eight factors that have lulled Americans into a state of amnesia.

1.  US casualty rates are low.

2.  The real costs of these wars without end go largely untabulated.

3.  On matters related to war, Americans have opted out.   the American people have defined their obligation to “support the troops” in the narrowest imaginable terms, ensuring above all that such support requires absolutely no sacrifice on their part. Members of Congress abet this civic apathy, while also taking steps to insulate themselves from responsibility. In effect, citizens and their elected representatives in Washington agree: supporting the troops means deferring to the commander in chief, without inquiring about whether what he has the troops doing makes the slightest sense. Yes, we set down our beers long enough to applaud those in uniform and boo those who decline to participate in mandatory rituals of patriotism. What we don’t do is demand anything remotely approximating actual accountability.

4.  Terrorism gets sold hard and endlessly.  having been sold a bill of goods about a “war on terror” that is essential for “keeping America safe,” mere citizens are easily persuaded that scattering U.S. troops throughout the Islamic world while dropping bombs on designated evildoers is helping win the former while guaranteeing the latter. To question that proposition becomes tantamount to suggesting that God might not have given Moses two stone tablets after all.

5.  Blather crowds out substance. When it comes to foreign policy, American public discourse is -- not to put too fine a point on it -- vacuous, insipid, and mindlessly repetitive. William Safire of the New York Times once characterized American political rhetoric as BOMFOG, with those running for high office relentlessly touting the Brotherhood of Man and the Fatherhood of God.

6.  Too Busy, Too Easily Distracted.   Even if the present-day American political scene included figures like Senators Robert La Follette or J. William Fulbright, who long ago warned against the dangers of militarizing U.S. policy, Americans may not retain a capacity to attend to such critiques. Responding to the demands of the Information Age is not, it turns out, conducive to deep reflection. We live in an era (so we are told) when frantic multitasking has become a sort of duty and when being overscheduled is almost obligatory. Our attention span shrinks and with it our time horizon. The matters we attend to are those that happened just hours or minutes ago. Yet like the great solar eclipse of 2017 -- hugely significant and instantly forgotten -- those matters will, within another few minutes or hours, be superseded by some other development that briefly captures our attention. As a result, a dwindling number of Americans -- those not compulsively checking Facebook pages and Twitter accounts -- have the time or inclination to ponder questions like: When will the Afghanistan War end? Why has it lasted almost 16 years? Why doesn’t the finest fighting force in history actually win?

7.  The Next President Will Save Us.  At regular intervals, Americans indulge in the fantasy that, if we just install the right person in the White House, all will be well. Ambitious politicians are quick to exploit this expectation. Presidential candidates struggle to differentiate themselves from their competitors, but all of them promise in one way or another to wipe the slate clean and Make America Great Again.

8.  The US military has immunized itself from criticism.  Given the ascendency of cultural issues near the top of the U.S. political agenda, the military’s embrace of diversity helps to insulate it from criticism and from being called to account for a less than sterling performance in waging wars. Put simply, critics who in an earlier day might have blasted military leaders for their inability to bring wars to a successful conclusion hold their fire. Having women graduate from Ranger School or command Marines in combat more than compensates for not winning.

A collective indifference to war has become an emblem of contemporary America. But don't expect your neighbors down the street or the editors of the New York Times to lose any sleep over that fact. Even to notice it would require them -- and us -- to care.

What does it foretell when a society no longer cares when its politicians lead the nation into wars they have no idea how to win or even end?  It's now calculated that the direct and indirect costs to the United States of the wars in Afghanistan and Iraq are about five trillion dollars and these wars may be with us for years, possibly decades to come. Trump seems to be looking to add his own war - on Iran or North Korea, possibly both. If the American people have effectively insulated themselves from the Afghan and Iraqi debacles, how jarring will they find new air wars against Iran or North Korea? How many Americans can name all the Muslim countries their commander in chief is now bombing? How many know how the bombing has ramped up since Trump was installed?

Judging from Trump’s embrace of the use of air power — the signature tactic of U.S. military intervention — he is the most hawkish president in modern history. Under Trump, the United States has dropped about 20,650 bombs through July 31, or 80 percent the number dropped under Obama for the entirety of 2016. At this rate, Trump will exceed Obama’s last-year total by Labor Day.

In Iraq and Syria, data shows that the United States is dropping bombs at unprecedented levels. In July, the coalition to defeat the Islamic State (read: the United States) dropped 4,313 bombs, 77 percent more than it dropped last July. In June, the number was 4,848 — 1,600 more bombs than were dropped in any one month under President Barack Obama since the anti-ISIS campaign started three years ago.

In Afghanistan, the number of weapons released has also shot up since Trump took office. April saw more bombs dropped in the country since the height of Obama’s troop surge in 2012. That was also the month that the United States bombed Afghanistan’s Mamand Valley with the largest non-nuclear bomb ever dropped in combat.

Trump has also escalated U.S. military involvement in non-battlefield settings — namely Yemen, Somalia, and Pakistan. In the last 193 days of the Obama presidency, there were 21 lethal counterterrorism operations across these three countries. Trump has quintupled that number, conducting at least 92 such operations in Yemen, seven in Somalia, and four in Pakistan.

It's very much like the indifference to mass shootings in the US, gang warfare in Surrey or auto crashes anywhere. After a while the apathy builds.

My fear is that Trudeau is towing the Trump line. Canada is not signing the UN no nukes campaign. Did Junior get a phone call?


It's more than possible that Trudeau is aligning Canada's foreign and military policy with America's where he can. After all we have a rich history of doing that.