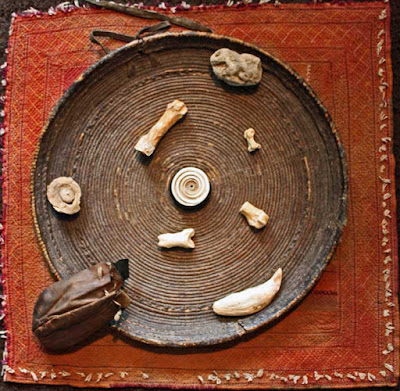 Poor old Donald, America's "tax returns concealer in chief." Not for nothing did the Mango Mussolini refuse to divulge his personal tax info. There's probably a lot to hide. His problem is that special counsel Mueller is building a case for spilling Trump's guts before the eyes of the American public.

The issue is money laundering and Kompromat, a Russian word for compromising material on someone that can later be used to manipulate that person. Evidence of crimes could be a fine example of Kompromat.

Ever since the controversial Steele dossier there have been rumours that Moscow had dirt on Trump of the sort that might bend him to their will. But there are more than rumours.

Normally, if a gambler cashes out $10,000-plus in a single day, the casino must fill out a form listing their name, physical address, Social Security number, and birthdate. The casino has 15 days to send the form to the IRS.
According to a dozen anti-money laundering experts, casinos often run into these problems. But getting caught with 106 violations in the casino's opening years is an indicator of a serious problem, they said.
The violations date back to a time when the Taj Mahal was the preferred gambling spot for Russian mobsters living in Brooklyn, according to federal investigators who tracked organized crime in New York City. They also occurred at a time when the Taj Mahal casino was short on cash and on the verge of bankruptcy.

Meanwhile it turns out that George Papadopoulos might be a problem not just for Trump but for his attorney general, Jeff Sessions. Sessions, of course, was caught not disclosing meetings he had with Russian officials during the presidential campaign. Apparently he's in hot water again.

Sessions has repeatedly testified to the Senate that he knows nothing about any collusion with the Russians. (Though in his most recent appearance, he categorized that narrowly by saying he did not “conspire with Russia or an agent of the Russian government to influence the outcome of the 2016 presidential election.”)

But the Papadopoulos plea shows that Sessions — then acting as Trump’s top foreign policy adviser — was in a March 31, 2016, meeting with Trump, at which Papadopoulos explained “he had connections that could help arrange a meeting between then-candidate Trump and President Putin.” It also shows that Papadopoulos kept a number of campaign officials in the loop on his efforts to set up a meeting between Trump and Putin, though they secretly determined that the meeting “should be someone low level in the campaign so as not to send any signal,” itself a sign the campaign was trying to hide its efforts to make nice with the Russians.

Papadopoulos also learned, on April 26, [three days before the DNC realized they had been hacked] that the Russians “have dirt” on Hillary Clinton in the form of “thousands of emails.” A key part of Papadopoulos’s cooperation must pertain to what he told the Trump campaign about these emails. According to his complaint, he originally claimed he hadn’t told anyone on the campaign about the dirt on Clinton because he didn’t know if it was real. But as his plea makes clear, after being arrested, he “met with the Government on numerous occasions to provide information and answer questions.”
...

To be sure, Papadopoulos’s plea perhaps hurts Trump the most. After all, Trump was in the March 31 meeting too, along with Sessions. Trump personally intervened in the White House spin about the June 9, 2016, meeting, pushing the line — and the lie — that it pertained to adoptions rather than obtaining dirt on Clinton.

But unlike Trump, Sessions’s claims about such meetings came in sworn testimony to the Senate. During his confirmation process, Sessions was asked a key question by Sen. Al Franken, D-Minn.: “If there is any evidence that anyone affiliated with the Trump campaign communicated with the Russian government in the course of this campaign, what will you do?”
...

More recently, on October 18, Sen. Patrick Leahy, D-Vt., asked Sessions a series of questions about his knowledge of interactions with Russians, including whether he had discussed emails with Russian officials since the campaign. To that question, Sessions said he “did not recall.”

Franken then asked, in an attempt to clarify the confirmation questions, “You don’t believe that surrogates from the Trump campaign had communications with the Russians?”

“I did not — and I’m not aware of anyone else that did. I don’t believe that it happened,” said the attorney general whose own department had, two weeks earlier, already gotten a guilty plea from a campaign surrogate describing such discussions with Russians.
...

It’s part of a pattern that began early for Sessions. He initially denied categorically meeting with Russians during the campaign, but was forced to walk that back when it emerged he had met at least twice with then-Ambassador Sergey Kislyak. He then claimed that the meetings had focused purely on foreign affairs and his senatorial duties, a claim rebutted by Kislyak himself, who told his superiors that he spoke with Sessions about the 2016 campaign.

Why do I keep getting these names in my head - Ehrlichman, Haldeman, Mitchell, Dean?

Sessions should have been impeached for perjury shortly after he took office, when it became clear that he'd lied under oath during his confirmation hearings.

Unfortunately, the American system of checks and balances doesn't work when a party controls the presidency and Congress. This is especially true when that party is dedicated to destroying governing norms and institutions. As we saw with Deceivin' Stephen, the same is true in our own system.

Despite video, transcripts, audio, witnesses
political animals embrace the concept
.. that 'tomorrow is another news day..
& nobody could possibly keep track..'

So lie & deny your face off ..
there are no real consequences..


I was talking to a neighbour lady today. She'll turn 80 next week. She asked if it was possible that everyone has gone crazy. She has a gnawing sense that nothing is anchored as it was in the past, everything has come loose. All I could think to say to her was "yup."


I think the problem is that Sessions' original answer left just enough wiggle room for him to argue an implausible but not refutable explanation. He's a shifty little bugger.

Yeah, you're probably right about the original statement. The mens rea for perjury requires that Sessions make a statement he didn't believe to be true. But in the latest instance involving Papadopoulos' guilty plea, I think the odds of establishing perjury are much higher.

Btw, there's a typo in your third last word above. ;-)