That Tightness in Your Chest? That's Time Running Out. 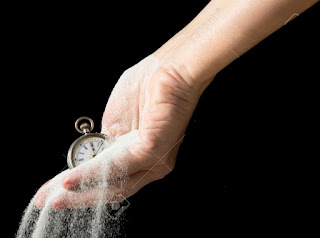 The clock is running out - on us, me and you.

As The Guardian's Damian Carrington reminds us, the health of hundreds of millions of people around the world is already being damaged by climate change, in some cases terminally damaged as in "extinguished."

It's good to remember that we're getting our version of climate change, probably the mildest strain of the contagion, but every day in many distant corners of the world others are experiencing a far more vicious form of climate change, one that causes disease, all manner of suffering, dislocation and, yes, death.

Ask yourself if we, as Canadians, would support the sale and export of supertanker loads of bitumen to overseas buyers, if we had to accept that each load would claim innocent lives? Would we think it just fine to consign people - the weakest, poorest and most vulnerable - to that fate for the sake of a load of crud that should never have been brought to the surface in the first place? Do we think we have a right to windfall profit that surpasses another's right to live? Do you think there's a reason we don't ask these questions in our House of Commons and our provincial legislatures?


Heatwaves are affecting many more vulnerable people and global warming is boosting the transmission of deadly diseases such as dengue fever, the world’s most rapidly spreading disease. Air pollution from fossil fuel burning is also causing millions of early deaths each year, while damage to crops from extreme weather threatens hunger for millions of children.

The findings, published in the Lancet journal, come from researchers at 26 institutions around the world, including many universities, the World Health Organization, World Bank and the UN’s World Meteorological Organization (WMO). The WMO reported on Monday that the level of carbon dioxide in the atmosphere made a record jump in 2016 to hit a concentration not seen for more than three million years.

“Climate change is happening and it’s a health issue today for millions worldwide,” said Prof Anthony Costello, at the World Health Organization and co-chair of the group behind the new report. It follows a related report in 2009 that warned that climate change was the biggest danger to global health in the 21st century, an assessment repeated in the new report.

But Costello said acting to halt global warming would also deliver a huge benefit for health: “The outlook is challenging, but we still have an opportunity to turn a looming medical emergency into the most significant advance for public health this century.”

Whether it's crop failures from heatwaves, droughts and floods or respiratory failure caused by air pollution, or the spread of diseases such as Dengue fever or large scale deaths from overheating, the butcher's bill for our fossil energy promotion is growing alarmingly.

Meanwhile, another warning from the UN that emissions curbs promised by world governments and the private sector, even if they were magically honoured (and that would be real magic), still have us facing at least 3 degrees Celsius of heating by the end of the century.  To put that in perspective, today we're at about 1 degree C of heating over pre-industrial levels. Today, at 1C, we're experiencing disease, dislocation, suffering and death on a scale of hundreds of millions of people, human beings.

As Costello argues, we still have an opportunity to achieve "the most significant advance for public health this century" but we're doing next to nothing to make that a reality. That holds doubly true for petro-states such as Canada. As Schellnhuber warned the delegations to the Paris summit in December, 2015, we have a chance but it demanded the "induced implosion" of the global fossil energy industry. Governments had to shut them down. Judging by our own prime minister, himself the father of young kids, that's simply not going to happen.

Coupled with your post yesterday, Mound, it is clear for those who want the unvarnished truth that time is quickly running out. No one likes change, especially if that change entails sacrifice, but the fact that we are being constantly lied to by omission by our political 'leaders' and not being given a framework for the changes that are necessary compounds their complicity in the world's rapid deterioration.

May there be a special place in hell for them.


What infuriates me, Lorne, is that we have a choice. Yes it means doing things in new ways and foregoing quantity for quality of life. Yet it really comes down to us sacrificing a small bit for a much greater benefit for future generations.

And we won't consider it. Our leaders won't even try to persuade us to change.

What to give up? I've thought a lot about that. What I try hardest to give up is disposability, the single use stuff. Unfortunately, most of it is packaging which I have little control over. Most of the packaging has to do with shipping product insanely long distances and with bean counters who want bar codes on everything. Like many, I go out of my way to reuse & recycle but most disposable stuff isn't necessary at all.

Yes, you guys are right. We have to change. We can change. An awful lot of what we have to change requires that our leaders put their feet down and demand that the "Market" respond accordingly.


Along the same lines, Toby, I consider my age when I'm choosing products. It's not the "green banana" syndrome, not yet, but I do sometimes choose a product I know will last 20 years so that I know I won't have to replace it in my lifetime. I had to put a new roof on my place this year. I chose (deadfall) cedar shakes. I asked the fellow about the warranty and he asked how old I was. I told him and he replied, "well then in your case it's a lifetime warranty." I really don't think I'll have to buy a lot of ordinary stuff again. My car should last me. I tend to use it once or twice a week. Ditto for my motorcycle. Got all the rifles I'll ever need, ammo too probably. My fishing gear should be enough to get by with. I've weaned myself off the urge to get the "latest and greatest" just for the sake of having it. I've had my house renovated so it's cheap to heat in the winter and cools itself naturally in the summer (casement windows, etc.). I've found local suppliers (farmers) for poultry, lamb, etc. and there's plenty of local seafood - salmon, cod, prawns, crab and all manner of shellfish (oysters, mussels and claims - fresh).

In some ways it's a big change from an upper middle class lifestyle but it wasn't a painful transition. I've got everything I need just not so many things I really never needed.

To answer your questions, "Yes, of course we'd export the bitumen"...without even blinking an eye. We do that with asbestos, so why not with bitumen?

Just to be clear, I am NOT in favour of exporting anything that harms the environment or people.