It's Funny How a Little Truth Changes a Narrative 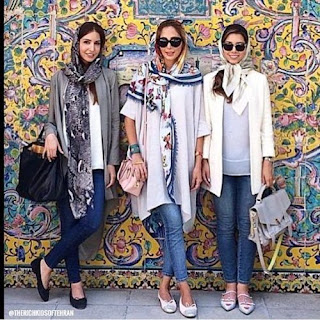 The US government and its allies never pass up an opportunity to vilify Iran.  We make it out to be a horrible theocracy ruled by despotic Mullahs intent on nothing but religious extremism and the destruction of Israel and the greater Middle East.

That, of course, is a load of self-serving bullshit and it always has been.  Compared to our buddies, the sheikhs, emirs, princes and generals of Saudi Arabia and the Gulf States, Iran, while far from ideal, compares very favourably.

A new survey led by a University of California, Los Angeles sociologist paints an Iran with a constrained but active political and civil society, an engaged electorate receptive to campaigning, and a sensitivity to shifts in public opinion.
The Iran Social Survey, conducted in December 2016 and set to be released over the next week, was conducted among 5,005 Iranians. It was designed to track public opinion and tease out political connections between different groups, ethnicities, and political parties.

“I don’t want to deny the brutal consolidation of the revolutionary state, but I did I want to show that there were different ways that the government reached down into society,” said Kevan Harris, the survey team leader.

“There is a great lack of appreciation for internal politics in Iran in the United States,” said Barbara Slavin, the head of the Future of Iran initiative at the Atlantic Council. “We have a very stereotypical notion that the regime decides on three or four candidates and they’re put in front of people and that’s it — that they don’t really have any kind of choice.”

Rather, says Harris, Iran’s body politic is a lot more complicated. Take an argument often made in the United States: that Iranian voters are beholden to government-sponsored welfare organizations. In that view, a political machine distributes oil revenues to win over the populace with payouts, similar to Hugo Chávez during Venezuela’s economic heyday and monarchies in the Persian gulf.

It doesn’t seem to be the case in Iran, though. Harris says there’s no correlation between receiving welfare and voting participation or party preference. “People are participating in pretty central civic activity, and you don’t see any distinction between how they’re linked to the state,” he said. (Harris literally wrote the book on politics and welfare in Iran.)

Another surprise is the degree of civic engagement in political campaigns. Harris described scenes during city council elections in the city of Tabriz, with candidates distributing business cards on the street, trying to rally supporters in the days before election day. “These are stories you don’t hear outside Iran,” he said. “There are huge efforts to mobilize people to vote, and they’re pretty competitive. It’s suspenseful.”

Yes Iran supports Hezbollah. Our pals have nurtured radical Islamism, Wahhabist and Salafist, and have supported al Qaeda, al Nusra, Boko Haram and the Islamic State. Yes, Iran has recently given support to the Taliban. Why? Because it sees the Taliban as the most effective force to fight ISIS in Afghanistan.  Our 'allies' have been linked to the Nairobi and Dar es Salaam embassy bombings, the attack on the USS Cole, the 9/11 attacks and every terrorist attack on European cities. And our buddies continue to spread Islamist extremism through their network of madrassas, religious schools, throughout the Muslim world and elsewhere.  But Iran is the "state sponsor of terrorism," not our fiendish friends, right? 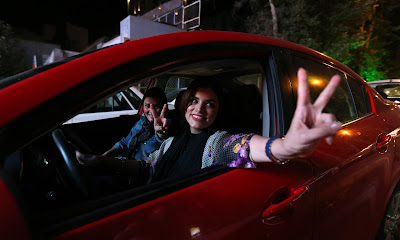 You forgot the unprovoked attacks by our "pals" on the USS Liberty and on a UN peacekeeping bunker that killed Canadian Maj. Paeta Hess-von Kruedener.


No, I have your point about Israel, Cap, but this post concerns Iran and the USS Liberty reference is pretty obscure in the public consciousness.