A Brexit Blast from the Past


Theresa May on the warpath, the new Iron Lady about to kick some EU butt. At least that's how Brit newspapers depicted their prime minister at the beginning of her Brexit assault on the European Union. That was then, this is...

(Thx to Trailblazer for the catch) 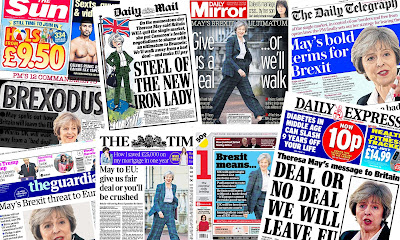 The new Maggie Thatcher, Iron Lady Mk. 2. That went straight to her head. 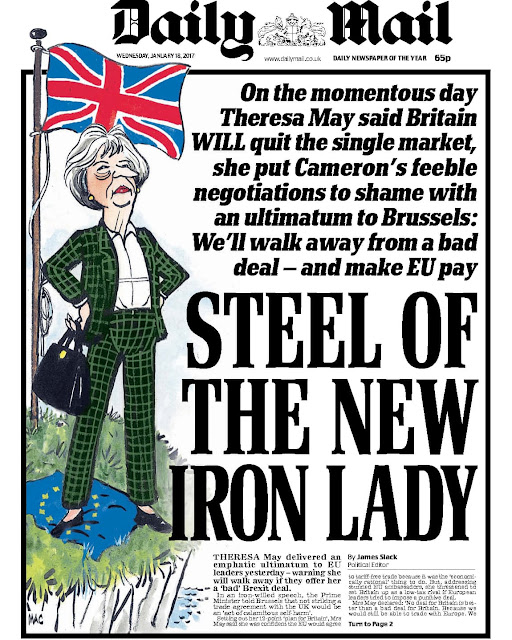 The next one's precious. May tells the EU to play ball or they'll be crushed and threatens to lure big firms away from Europe. Odd how, today, the "big firms" seem to be going the other way. 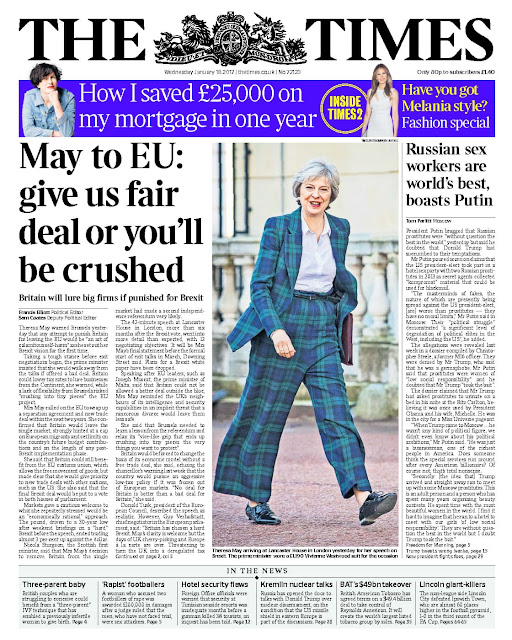 "May's Brexit Threat" I wonder how well that went down in Brussels. Maybe the poor dear believed her "Iron Lady" press. 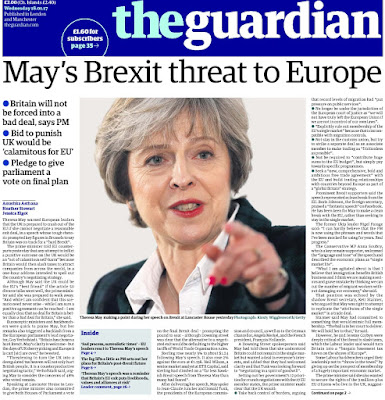 Interesting that May promised to put any deal to a vote in both Houses. How did the Lords get cut out of this? 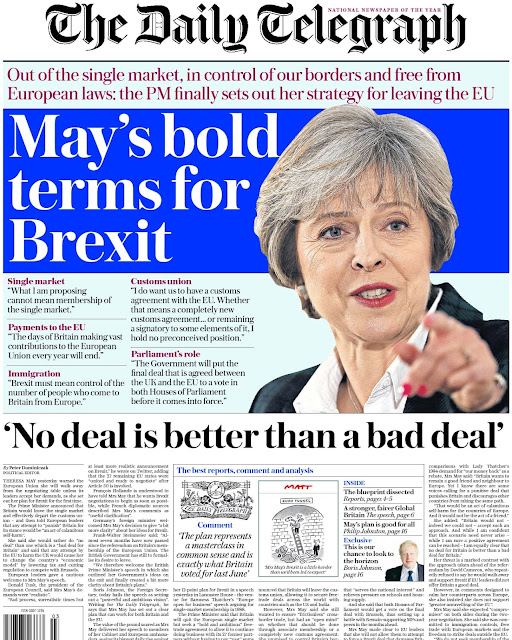 I think Canadians can, rightfully, feel quite smug about the turn of events in the UK.
We,Canadians, had our hissy fit with Trump over NAFTA which we resolved without too much of a fuss , especially when you consider who we had to deal with!
Whilst we still have issues with things such as softwood lumber( which we will historically win) we handle ourselves quite well.

What does piss me off is the attitude of Alberta separation pushed by a Conservative media.

Whilst we have warts we live in the best country in the world and if you live in BC , it's even better.

What I find amusing about Alberta separatism is that they think British Columbians will fall in line with them. To them I say, "bugger that."

They would immediately proclaim our coast theirs and feel free to screw it up as badly as they have Athabasca with its tailing ponds disaster in waiting.

Hell, if they did separate we'd be finding new opportunities aplenty dealing separately with the coastal US.

And it would be lovely when they came to BC whining they're out of water. Let's see, a litre of gas $1.35. Water, well, that's something altogether more valuable.

Notley and her predecessors have much in common with Theresa May.
I cringe at the thought of separatism.
The first thing on the agenda after separation is ; now, how do we get along?

Why not do that in the first place?


Maybe it's province-wide cognitive dissonance at play, TB. Albertans seem to have been indoctrinated into the belief that the "big score" is just around the corner and they'll all be rolling in bucks. It never seems to sink in that the way their province exploits fossil reserves guarantees they'll never wind up with much if anything to show for it. They can't understand the wisdom that Peter Lougheed tried to get them to grasp.

Theirs is a wastrel economy going back to the days of Ralph Klein. Despite that they get indignant when we don't invite those idiots to come in and forever ruin our coast.