Why Are These Jetliners Falling Out Of the Sky?

Three recent crashes of Boeing airliners have raised questions of what in hell is going on. 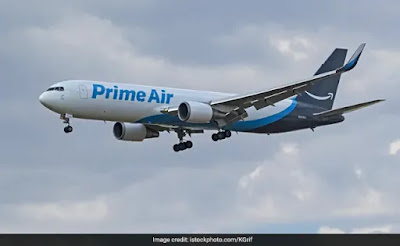 Now all but forgotten is the crash of a Boeing 767 cargo plane operated for Amazon by Atlas Air on February 23rd, killing the crew of three.  The 767 was approaching Houston for landing when it crashed, nose first, in the tidal mud flats.

Amazon uses a lot of aircraft to move its goods around North America and, according to an article in Business Insider, it has a problem attracting highly qualified crews.

Check pilots - the aerial equivalent of driving licence testers - knew that someone was bound to go in.


Capt. Robert Kirchner, an Atlas Air pilot and executive council chairman of Teamsters Local 1224, said the situation at Atlas Air was a "ticking time bomb" weeks before the crash. Capt. Daniel Wells, an Atlas Air pilot and the president of Teamsters Local 1224, told Business Insider in January that the check airmen — who oversee new hires for training and safety — are forced to work at "full speed or over speed."

"I can honestly say, if you had all the check airmen in the room and we've done this, saying, who believes that it's likely that there would be an accident in the next year," Wells said, describing a hypothetical situation, "nearly 100% of the people will raise their hands."

A preliminary investigation suggests the pilots of the Atlas Air flight lost control of the aircraft as they approached Houston.


...the aircraft reached an airspeed of 430 knots (nearly 500 mph) during descent before it crashed. One pilot told Business Insider that that broke pilot-safety norms not to exceed 250 knots (288 mph) when below 10,000 feet.

That crash claimed only three lives, the crew. Far worse were the loss of two Boeing 737-Max 8s - first the Lion Air ship and then the Ethiopian Airways jetliner.

The Max 8 model is different from the thousands of earlier 737s in its sophisticated flight control (autopilot) module. 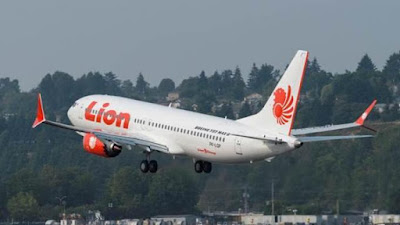 Lion Air is a low-cost Indonesian airline. The crew of Flight 610 were new to the aircraft and, it appears, untrained on the Max 8 systems. The cockpit voice recorder shows that, as the jet nosed down and plummeted to the ground, the flight crew were occupied scouring the aircraft manuals for help.  The previous day that same aircraft, with a different crew, had that very same emergency. Fortunately there was a third pilot aboard, deadheading back to his home base, who knew what to do and quickly disengaged the autopilot, allowing the crew to recover.

The following day, 29 October, 2018, another Lion Air crew succumbed to the same fault in the same airplane but this time it took the lives of all 189 passengers and crew. 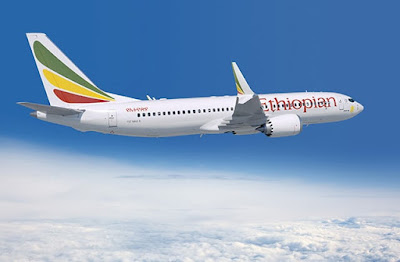 These crashes prompted veteran aviator, Chesley Sullenberger, of "Miracle on the Hudson" fame, to speak out.

This nation’s aviation regulatory body, the Federal Aviation Administration (FAA), has long been the gold standard of safety regulation in global aviation, often a template for other nations to follow in technical and safety matters.

Boeing has long been the world’s preeminent airplane maker.

But now, our credibility as leaders in aviation is being damaged. Boeing and the FAA have been found wanting in this ugly saga that began years ago but has come home to roost with two terrible fatal crashes, with no survivors, in less than five months, on a new airplane type, the Boeing 737 Max 8, something that is unprecedented in modern aviation history.

For too many years, the FAA has not been provided budgets sufficient to ensure appropriate oversight of a rapidly growing global aviation industry. Staffing has not been adequate for FAA employees to oversee much of the critically important work of validating and approving aircraft certification. Instead, much of the work has been outsourced by designating aircraft manufacturer employees to do the work on behalf of the FAA.

...To make matters worse, there is too cozy a relationship between the industry and the regulators. And in too many cases, FAA employees who rightly called for stricter compliance with safety standards and more rigorous design choices have been overruled by FAA management, often under corporate or political pressure.

...Boeing, in developing the 737 Max 8, obviously felt intense competitive pressure to get the new aircraft to market as quickly as possible. When flight testing revealed an issue with meeting the certification standards, they developed a fix, Maneuvering Characteristics Augmentation System (MCAS), but did not tell airline pilots about it. In mitigating one risk, they seem to have created another, greater risk.

After the crash of Lion Air 610 last October, it was apparent that this new risk needed to be effectively addressed. It has been reported that Boeing pushed back in discussions with the FAA about the extent of changes that would be required, and after the second crash, of Ethiopian 302, the Boeing CEO reached out to the U.S. President to try to keep the 737 Max 8 from being grounded in the U.S. The new fix still has not been fielded, nearly five months after Lion Air. It almost certainly could have been done sooner, and should have been.

Hmm, I wonder why Trump didn't choose Sulley as his new FAA administrator?

Now the FBI has joined civilian authorities investigating Boeing. The FBI focus seems to be on how the 737 Max 8 managed to get FAA certification. What had been a normal safety investigation has now blossomed into a criminal investigation.  The FBI Seattle office and the US Justice Department have now issued subpoenas to Boeing and others involved.

It is not yet known what caused the crashes of Ethiopian Airlines Flight 302 on March 10 and Lion Air Flight 610 five months earlier, both after erratic takeoffs. But investigators are looking at whether a new software system added to avoid stalls in Boeing’s 737 Max series may have been partly to blame. Faulty data from sensors on the Lion Air plane may have caused the system, known as MCAS, to malfunction, authorities investigating that crash suspect.

That software system takes readings from two vanelike devices called angle of attack sensors that determine how much the plane’s nose is pointing up or down relative to oncoming air. When MCAS detects that the plane is pointing up at a dangerous angle, it can automatically push down the nose of the plane in an effort to prevent the plane from stalling.

Boeing’s optional safety features, in part, could have helped the pilots detect any erroneous readings. One of the optional upgrades, the angle of attack indicator, displays the readings of the two sensors. The other, called a disagree light, is activated if those sensors are at odds with one another.

Neither feature was mandated by the Federal Aviation Administration. All 737 Max jets have been grounded.

“They’re critical, and cost almost nothing for the airlines to install,” said Bjorn Fehrm, an analyst at the aviation consultancy Leeham. “Boeing charges for them because it can. But they’re vital for safety.”

“There are so many things that should not be optional, and many airlines want the cheapest airplane you can get,” said Mark H. Goodrich, an aviation lawyer and former engineering test pilot. “And Boeing is able to say, ‘Hey, it was available.’”

But what Boeing doesn’t say, he added, is that it has become “a great profit center” for the manufacturer.

In other words, Boeing builds and ships jetliners that aren't "quite so safe" as they might be. It's up to their customers to shell out for the safer models - if they're aware of what that entails. Sort of like a company selling taxis with standard equipment limited to a brake on just one wheel.  What's the message here? Boeing is not to be trusted with your safety.

This comes back to Sullenberger's criticism of the FAA. When it comes to American built aircraft, other nations rely on FAA requirements. You expect that to be a "seal of approval." Obviously it is not, not always.
---

Boeing is also having ongoing problems with its KC-46 tankers delivered to the US Air Force. 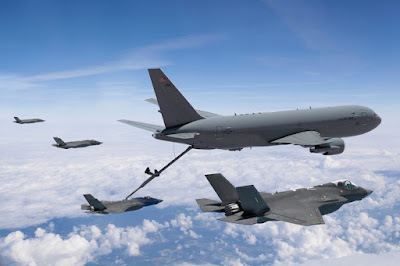 Boeing was forced to ground its 767-based KC-46 tankers for the past week after the Air Force expressed concern about loose tools and bits of debris found in various locations inside the completed airplanes, according to internal company memos.

“We have USAF pilots here for flight training and they will not fly due to the FOD (foreign object debris) issues and the current confidence they have in our product that has been discovered throughout the aircraft,” factory management wrote in a Feb. 21 memo to employees on the 767 assembly line.

“This is a big deal,” the memo emphasized.

The lapse in standards raises questions about Boeing’s plan for a major shift in its quality-control procedures.

Loose tools and assorted garbage in the control spaces of an airplane. That's not good, is it?

Boeing has a lot of questions to answer and they may be giving those answers before a grand jury.
Posted by The Mound of Sound at 10:50 AM

it's hard to know whether or not training on the flight simulator would have made any difference. Boeing's selling point on the new 737 Max versions was that no additional simulator training would be required. The issue appears to be with the MCAS and the input it receives. Up until recently, although there are 2 sensors that can feed into the MCAS, only 1 is operational at any one time. Apparently, that is not being changed.

I wonder, if the Lion Air flight before the crash had an issue that a deadheading pilot was able to correct, was that information passed on to others?

Also, optional safety features? It kind of reminds me of when the backseat was optional on the Chevette!

Option airbags, optional seat belts!!
The auto industry would never have an 'optional' feature.
What we are seeing is the privatisation of safety.
Unfortunately it is commonplace.