The Myth of Canada's "Liberal Media": 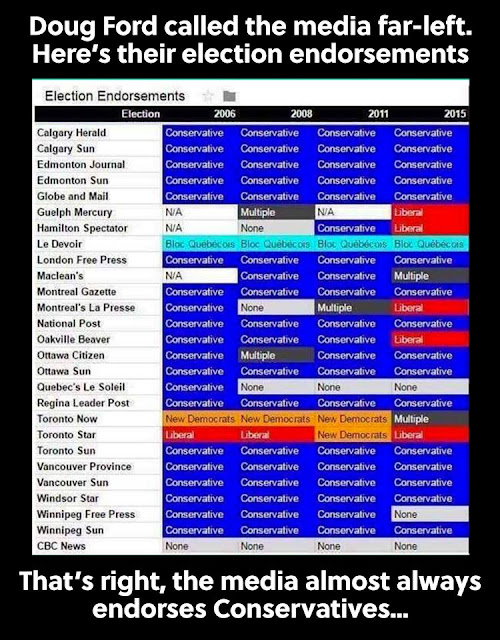 Very interesting analogy Mound. I wonder how many of those listed are owned by Non Lefties?

Most of them have, at one time or the other, been owned by Power Corp (La Presse), Sun Media, CanWest and, today, PostMedia.

Those lefties at the CBC seem to hold no position!!
I always take note of political comments from these MSM people who only question Conservatives ( in BC the Liberals) when it's obvious they have screwed up and are going to lose an election.
This was never so obvious as during the BC Rail scandal, that still is relevant.

Don't forget too that Post Media is basically owned by a US venture company.
AND ... many in the ranks of the CBC are still implants by Harper.

"many in the ranks of the CBC are still implants by Harper"
Ç'mon,
None of the implants can be heard on CBC radio, are visible on CBC website, or are (in-visible) as comments' moderators.
C'est une vérité