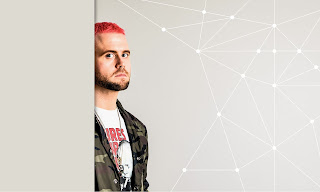 There's nothing we do quite so well as to "lose the plot." We lose our ability to understand or cope with things that are then flushed down the memory hole. We do that a lot on things that are challenging or frightening such as climate change. Someone releases a credible report that, over 30 years, we have caused the loss of half the planet's wild life. A few days later it's down the memory hole, forgotten and then erased.

It's the same story when it comes to technological threats. Remember Cambridge Analytica, Aggregate IQ, shady billionaire Robert Mercer, Steve Bannon, the election of Donald Trump, Brexit? It's all largely forgotten now, in some cases swept under the carpet, safely down the memory hole.

So it's timely, a year on from the Cambridge Analytica scandal that the journalist who broke the story, Carole Cadwalladr, got together with the boy wonder from Victoria, B.C., Chris Wylie to rehash what happened and how little it achieved.

Wylie is perplexed how the Tory government in Britain simply ignored the whole thing.


“I was asked by a journalist to sum up the story in a minute,” he says, “and I was like: ‘No’. It goes from Trump to Brexit to Russian espionage to military operations in Afghanistan to hacking the president of Nigeria. Where do you even begin?”

He’s referring to the fact that Cambridge Analytica was part of a much bigger company, SCL, which had worked as a defence contractor for governments and militaries around the world, then branched into elections in developing countries, and, only in its final iteration, entered western politics. That’s one of the things, he says, that “frustrates me about how dominant the Facebook angle of the story was, when there’s so much fucked-up shit that Cambridge Analytica were doing in different parts of the world. But if you go to a developing country and do grossly unethical things, that’s not ‘newsworthy’.”

...If it wasn’t so tragic, it would be funny to Wylie that one of the biggest takeaways of the story – which was generating 34,000 news stories a day at its height and cost one of the biggest companies on Earth billions – is how it failed. The Brexit angle of the Cambridge Analytica Files, the explosive revelations of a second whistleblower, Shahmir Sanni, fell inexplicably flat. Sanni revealed in the Observer how Vote Leave deliberately broke the law in the way it funnelled money to the data firm AggregateIQ, an associate company of Cambridge Analytica. It’s believed to be the biggest breach of electoral law in a century, but it was given minimal coverage by the BBC and all but ignored by Britain’s political class. The law-breaking was confirmed by the electoral commission in July, and it has now been referred to the police.

“The thing is that there was such a huge weight of evidence which has now all been proven,” says Wylie. “Vote Leave broke the law. I can say that out loud now. Vote Leave broke the law. But nothing happened. It’s insane to me that people get more upset by doping in the Olympics, when the consequence of this is an irreversible change to the constitutional settlement of the country.”

Perhaps what the scandal has really revealed is a situation that is too embarrassing, too disastrous to acknowledge. We know that Facebook has been used to undermine elections all across the world, including our own. But we’re in this strange historical moment where we’ve realised it, but we don’t have the power, currently, to do anything about it.

It is to me, utterly mind-boggling, to hear Theresa May say she's only giving effect to the will of the British public in pursuing Brexit when she knows, everyone knows, the whole Leave campaign was corrupt. Yet in all the hours of debates over Brexit in Westminster I've followed I have not heard a single mention of it. It's as though none of it ever happened.
Posted by The Mound of Sound at 12:31 PM

I, too, have been perplexed as to why the tainted vote shouldn't be retaken, Mound. And I thought I was the only one.

The way that the Conservatives have handled Brexit is abysmal, but one must remember that most of them are talking heads full of nothing. The vast majority of the Tory MPS are of the Keeping Up Appearances mob of middle class local business wealthy Brits with withering views on "foreigners" as it is. Or Scottish squires who expect curtsies from little girls - I met one of these doinks in Islay. Many Brits vote Conservative for no reason but tradition, like my grandparents used to. They were white collar, so no Labour for them.

May used to be renowned for her vast ownership of shoes on the Imelda Marcos scale, and as Home Secretary was a pretty nasty right wing law-and-order bugger-the-plebs kind of person. Awkwardness with locals after that tower block blaze in London full of "foreigners" and council tenants? No kidding. No doubt she does NOT approve of the Muslim mayor of London either. I have been amazed by her general rather retiring profile as PM compared to the mini-Thatcher vibe she used to give off. Perhaps her Reading background is now surfacing - it's a real nowhere place.

The lack of action on the Cambridge Analytica revelations is indeed inexplicable, as you say. Not even the Opposition is using the story.

Farage is resurgent after this second defeat vote, and memories of his intellectual slaughter on LBC Radio have vanished. Of course, slimeballs always bounce back and admit nothing nefarious anyway. He reminds me of Jason Kenney, another thoroughly nasty asshole who has no shame. Jacob Rees-Mogg and Pierre Poilievre are weasel brothers-in-arms, surely. Christ knows who we have to compare to Boris, a unique freak. Bernier is even dimmer, if that's possible, and doesn't even understand what it is he doesn't understand, so plows ahead like an insect. I used to have an employee like him. Always looking for and expecting advancement, quite unable to appreciate the high quality of work his colleagues provided compared to his own feebleness, mystified when his ideas didn't make the cut. There is nothing more annoying than a very dull but highly ambitious person.

I've been trying to make sense of this for a good while, Lorne. I hoped that Wylie might return to Victoria but my attempts to track him down were for naught.

Even Robert Mueller recently brought in a former top exec of Cambridge Analytica. I can't help but wonder whether Theresa May's crew has good reason to let this drop.

You've rekindled a lot of embers, BM. My suspicion is that there may be nobody in the House of Commons eager to dig too deeply into who did what with the Leave campaign.

I can't help but wonder whether Theresa May's crew has good reason to let this drop.

Her and many others; I would suggest!!
Sometimes silence is quite loud.
There is every chance that both sides of the right vs left ( meaningless) battle could be implicated with such nefarious deeds.

Junkers has let slip a couple of passing mentions about the legitimacy of the referendum vote.

More Brexit jiggery pokery. I don't know who got the cash but I suspect the usual far right hooray Henrys.