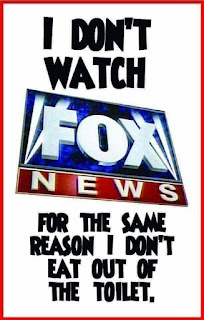 Taken from the comments section at Fox News:


- Nice to hear good news for a change

- As a white man, I won't lose any sleep over this tonight!

- Lets stick to the facts, Most islamic states have condemned the west. Iran has called for death to America. Sweden, France, Britain now have Islamic areas where natural citizens are not allowed to go. They do no assimilate into our countries. Crime has gone way up. In Britain reporters cannot report on their crimes and have been placed in prison without a trial.

- Aw, why does the world seemed outraged when it comes back onto the religion of peace? I am not outraged. In fact, tomorrow I intend to cook up a pound of bacon and soak the soles of an old pair of tennis shoes in the grease. When I get to that muslim cemetery, I will put them on and go for a walk. I might even let the grease cool, then shred it, and discretely scatter the flakes so others will walk it into the graveyard and "take it home." See, I am not outraged. LOL!
- These mosques where specifically targeted because of their support for previously carried out muslim terror attacks in Europe.

- Perhaps he saw what those people have done to every single other country they have infiltrated?

A Sikh temple in Wisconsin. An Islamic center in Quebec. Mother Emmanuel AME Church in South Carolina. The Tree of Life synagogue in Pittsburgh.

On Friday, two mosques in Christchurch, New Zealand, were added to the sad litany of sanctuaries desecrated by unholy violence.

In each case, the houses of worships were attacked by white supremacists, according to law enforcement officials.

In each case, a religious community has been left grieving, pondering its future and feeling unsettled in sites that were supposed to be sanctuaries.

...Hate crimes in the United States alone rose 17% in 2017, the latest year for which data is available, according to the FBI. That includes not only attacks on religious individuals but also on their holy sites. In 2017, nine mosques reportedly were attacked each month on average.

It seems almost sacrilegious to call houses of worship "soft targets." They are designed to be open and welcoming to strangers, congregations of common people, unarmed and unafraid before each other and before their God.

For many religions, that's not just a policy; it's an article of faith. That's why the Tree of Life synagogue in Pittsburgh kept its doors open despite fearing the rising tide of anti-Semitism in the United States and throughout the world.

Hours before that shooting in October, the suspect posted online that HIAS, a Jewish refugee resettlement agency, "likes to bring invaders in that kill our people. I can't sit by and watch my people get slaughtered."

As that comment suggests, these attacks on sacred sites are about more than religion. They are about defining and eliminating the "other" -- not only the people who pray to different gods, but also those who live and speak and dress differently than the white, Christian mainstream.

As a white man, I won't lose any sleep over this tonight!

.. 'religion' .. 'racism' .. 'fear' .. 'greed' .. 'arrogance' .. 'pretension' .. 'assumption' .. The depravity and malevolence .. Politics & its most flawed parasites float, swirl & ride upon the foaming surface and spew of such dark dangerous waters.. like flotsam.. debris, garbage, spittle .. & rot.. All of this in the rudderless wake and wash of diseased partisan plague ships careening across the vast disturbed & unholy waters of 'situational ethics'

Two different planets. The divisions get wider and deeper.

I do not support this sort of attitude. But, I have to say....yesterday a friend and I went to a restaurant for brunch. It was a long waiting list. So being the age we are, we looked for a place to sit down. There was around a sixty year old man sitting on the end of the seating with a young girl whom I thought was his grand-daughter. A couple stood up and gave us a place to sit down. I was next to the young girl. Then there was such a disgusting incident. He put his hand on her leg and was moving it toward her crotch. She pushed it away. Having heard their conversation, they were clearly Muslim. Everyone looked away and the room went very quiet. She was all of 16. We in Canada must demand that anyone coming into this country needs a year course in the culture of this country....what is acceptable and what isn't. This study must be mandatory in order to stay in Canada and that has nothing to do with Rights and Freedoms or Freedom of Speech...it is common decency. Anyong.

Give Me Bread said...