Yes, At Last, Calling out Canada's Media for Moral Cowardice 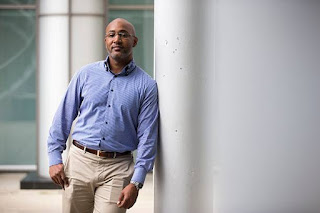 Canada's mainstream media are colour blind, at least when it comes to white nationalism and racist bigotry.

It was refreshing to read an article, in Mclean's no less, calling out the Canadian media for being soft on racism. I wish it had been written by a white journalist but, no, it comes from Andray Domise, columnist, community activist and former would-be politician. I suppose the white journalists that dominate our major papers, especially the rightwing majority, were too busy giving Andrew Scheer a makeover.

In January, after I wrote a column asserting the MAGA hat is a symbol of hate, a deluge of racist emails poured into my inbox. Normally I expect hate mail whenever I write about right-wing white populism, but this was not long after I’d received death threats (that, strangely enough, stemmed from another article I’d written years ago), so something about this iteration of being called a “subhuman,” a “savage,” and a “n–ger piece of s–t” got under my skin. It was followed by a brigade of harassment spurred by a Rebel Media reporter (with his own ties to white nationalism), who took one of my tweets and turned it into a streeter for Yellow Vest supporters in Sudbury.

I’ve spoken often with my fiance, family members, and friends about prioritizing my family’s safety over writing and community work. We’ve been recognized in public and approached, and while it’s so far been in a friendly manner, the threats and hate mail I’ve received are never far from the imagination when a stranger comes up to us to say hello. The thing is, while my fiance, children, and I are quite obviously Black (and therefore potential targets for hate crime), we’re also Christians. Our racialization isn’t further complicated by visible markers of religious affiliation—she doesn’t wear a hijab, and I don’t wear a topi cap. My beard grows free and styled according only to my own tastes. Nobody bats an eyelash when we say grace before meals when we dine out.

This isn’t the case for Bashir and other members of the Somali community in Edmonton, a city which is quickly becoming a cancerous node in the spread of overt white supremacy throughout Canada. This also isn’t the case for someone like Ginella Massa, a visibly Muslim anchor for CityNews Toronto, who recently needed to ask security to escort her to her vehicle after a Peterborough-based neo-Nazi made a “hypothetical” open call for the killing of media figures and anti-racism organizations. It wasn’t the case for the Muslim family confronted by a drunk and belligerent white man at Toronto’s Harbourfront, who shouted slurs and told them to “get out of my province,” nor for a Muslim man subjected to a “citizens arrest” on the way out of a London-area Sobeys.

...Too many of my white colleagues in journalism still seem to believe their profession and the assumed stance of objectivity places them at a distance from white supremacy.

This, to me, is a different tier of moral cowardice.

...In Alberta, the United Conservative Party continually finds itself dealing with members who espouse bigoted views (including the recent resignation of Calgary-Mountain View candidate Caylan Ford and Calgary-South East candidate Eva Kiryakos), or have direct ties to white supremacist organizations. For his part, Kenney himself repeatedly reminds people why his reputation for homophobia was well-earned. Yet Kenney and his party somehow continue to deliver press conferences and policy announcements without being pressured to answer how the party could possibly serve all Albertans when bigotry has so clearly infected its ranks.

The people behind the bylines and headlines in Alberta’s media class are, as with the rest of the country, very white. They carry with them the sensibilities that often insulate white supremacy, even if inadvertently (as with the Calgary Herald headline that uncritically repeated Kiryakos’s claim that she was the victim of a ‘smear’ campaign). That is, of course, when they aren’t outright mainstreaming white supremacist smear campaigns against refugees in European countries, as talk radio host and former Wildrose Party leader Danielle Smith recently did during a segment on her program.


Conservative Party leader Andrew Scheer has also surrendered political principles for the bigot’s vote, presiding over a party willing to virtue-signal anti-immigrant sentiment to supporters whose “Canada First” mantra places them firmly in our country’s white nationalist tradition. There was the empty grandstanding around and misrepresentation of the UN Migration Pact, often reported by media as if the pact were legitimate cause for sovereign concern, with only a nod to the fact that the pact is non-binding. There was also an infamous tweet sent out by the party, meant to stoke further fear and paranoia over asylum-seekers crossing into Canada from the U.S., that just so happened to echo this country’s history of migration pessimism where Black refugees are involved.

Despite this abysmal record, Scheer is given leave to credibly present the Conservatives as a viable governing party that will act in all Canadians’ interests, while retaining the services of staffers who include Georgeanne Burke (who co-founded a political organization which, regardless of its stated purpose, effectively keeps the fear of Sharia in the headlines of right-wing publications) and Hamish Marshall (a former corporate director at Rebel Media). Scheer doesn’t acknowledge the problem of white nationalism in Canada, or within the party ranks, because there is no media pressure on him to do so. Not even when he speaks at the same Ottawa rally promoted and attended by far-right hate groups. That’s simply not the way things are done in this country.

...Again and again this happens in Canada, where political figures and movements flirt openly with the very same white nationalist figures and rhetoric that have been cited by multiple anti-racism organizations as catalysts for the surge in hate crimes and mass violence in recent years. But they are only held to account by journalists for as long as their latest faux-pas can carry a headline. After the news cycle has passed, we’re back to square one. This interminable loop not only puts the onus of writing and talking about this problem on journalists of colour, but exposes us and our communities to the opprobrium, and too often the violence, that is increasingly being legitimized under the shifting auspices of normal political dialogue and free speech in this country.

...There should, therefore, be thousands of helping hands willing to break this media cycle on white nationalism. But there are hardly any to be found. Instead, we’re faced with a wall of white silence, as if the wave of hate crimes and terrorism in recent years hasn’t been aided by the bigoted rhetoric from acquaintances and even family members they’ve muted in group chats.

Already, we are moving towards the typical both-sides conversation that swings the glare away from white supremacists, and back towards establishing terror-inducing violence as the sole province of people of colour. The expressions of horror and sympathy for the victims of the shooting in Christchurch are quickly fading; the platitudes for peace and tolerance were forgotten almost immediately. As always happens with this sort of thing, enough temporal distance from a terrorist incident causes the incandescent urgency of confronting white supremacist violence to gutter out.

The question I would pose to my professional colleagues, then, is this: knowing that your co-workers, your peers, and people you claim to be your friends are facing danger in our homes, in the streets, and in our places of worship, what will it take for you to do something?\

Because our cancerous political climate, and all of the attendant bigotry that arrived with it, is what happens when you do nothing.

The perennial conversation bubbled to the surface again this week after an altercation between members of the Omaha nation (led by longtime activist Nathan Phillips), and a mob of students from now-infamous Covington Catholic high school.

In a nearly two-hour video shot at the Lincoln Memorial, students wearing MAGA hats shouted at the elders, danced mockingly, and pantomimed tomahawk chops. One of them, Nick Sandmann, made his way to the front of the crowd to stand almost nose-to-nose with Phillips and smirk in his face as the elder drummed and sang the American Indian Movement (A.I.M.) song.

Looks like the author didn't revise his last article...

Speaking of racial tension, how do you feel about Smollett getting off Mound?

Mound ... I am so sorry to read threats have been made against you and your family. I would very much appreciate a one on one conversation about your above topic. I am living in a province that is allowing the interference of religion into the public political discussion. It does not have a place what so ever in this political dialogue nor, should racism be allowed to raise its nasty head. The reason for the chat would be to voice what I know to be true but dare not voice it this environment lest I lose my life. Anyong