They Engineered the Fracture Because It Works. 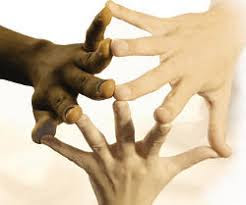 It has long been my belief that the deeply divided societies that have become standard fare across the West were cultivated. We didn't get into two camps inadvertently. We've been conditioned. Why? Why would anybody want to break down social cohesion at this perilous point in human history? The answer is simple - it weakens us and there are those stand to profit enormously from that very state of affairs. It's the perfect way to suck power - political, economic and social - out of a weakened public, corralled into herds, each viewing the other with anger, fear and suspicion.

Consider this item by Columbia law professor, Tim Wu, from today's New York Times "The Oppression of the SuperMajority."


We are told that America is divided and polarized as never before. Yet when it comes to many important areas of policy, that simply isn’t true.

About 75 percent of Americans favor higher taxes for the ultrawealthy. The idea of a federal law that would guarantee paid maternity leave attracts 67 percent support. Eighty-three percent favor strong net neutrality rules for broadband, and more than 60 percent want stronger privacy laws. Seventy-one percent think we should be able to buy drugs imported from Canada, and 92 percent want Medicare to negotiate for lower drug prices. The list goes on.

...In our era, it is primarily Congress that prevents popular laws from being passed or getting serious consideration. (Holding an occasional hearing does not count as “doing something.”) Entire categories of public policy options are effectively off-limits because of the combined influence of industry groups and donor interests. There is no principled defense of this state of affairs — and indeed, no one attempts to offer such a justification. Instead, legislative stagnation is cynically defended by those who benefit from it with an unconvincing invocation of the rigors of our system of checks and balances.

...As the United States begins the process of choosing the next president and Congress, we need to talk more openly about which candidates are most likely to deliver the economic policies that the supermajority wants. Yes, the people can be wrong about things, but so too can experts, embedded industry groups and divisive political factions. It is not a concession to populism, but rather a respect for democracy, to suggest that two-thirds of the population should usually get what they ask for.

The writer is not speaking through his hat. The United States has had democracy engineered out of the political system as the nation transformed, instead, into a plutocracy. That is manifest every day in the workings of America's "bought and paid for" Congress. This reality was powerfully borne out in the 2014 paper out of Princeton by two professors, Gilens (Princeton) and Page (Northwestern).

Most of us realize you can put two dogs in an enclosure and it's highly unlikely they'll attack each other. However, dogs trained to attack won't hesitate to leap at each other's throat. Do the dogs get anything out of that? No, but their trainer does.

" The United States has had democracy engineered out of the political system as the nation transformed, instead, into a plutocracy. "
Unfortunately not just in our neighbors to the south Mound!

It may be the end result of the neoliberal order, Rural. There does seem to be a regression pattern to this scourge.

"About 75 percent of Americans favor higher taxes for the ultrawealthy. The idea of a federal law that would guarantee paid maternity leave attracts 67 percent support. Eighty-three percent favor strong net neutrality rules for broadband, and more than 60 percent want stronger privacy laws. Seventy-one percent think we should be able to buy drugs imported from Canada, and 92 percent want Medicare to negotiate for lower drug prices. The list goes on." Doesn't this apply to Canada as well? We have Jason Kenny who is planning to cut taxes for corporations and other business in Alberta by 8%. Then he is planning to allocate more money to private schools as well as cut monies to the Public School System and make Health Care more private....Who will be paying for this...just guess. Anyong

Which explains the popular support for wealth taxes, Anyong.

This post reminded me of something I read the other day.

"It's easy to call what 'AOC' (Rep. Alexandria Ocasio-Cortez) is doing as far-lefty, but nothing could be farther from the truth. When you advocate for economic policies that benefit the broad majority of citizens that's true centrism. What Howard Schultz represents, the centrism that he represents is really just trickle-down economics. He is not the centrist, AOC is the centrist.”

On the other hand, some dogs might just take Crazy Bernie, Occasional-Cortex and Pocahontas as “Hard-line Maoist Communist Pigs” or “Low IQ Proggies” intent on turning America into Venezuela.

In any case, maybe:

“[T]he top marginal tax rate for the federal income tax plunged during the Reagan administration, from 70 percent to 28 percent, and has since only inched back up to 37 percent. … The top marginal corporate tax rate likewise dropped precipitously under Reagan, from 46 percent to 34 percent. Thanks to Trump’s 2017 tax bill, it’s now down to 21 percent.

“These changes were not driven by popular demand.”

Well, what then? I thought Trump and Reagan were populists.

“Not only do ordinary citizens not have uniquely substantial power over policy decisions; they have little or no independent influence on policy at all. By contrast, economic elites are estimated to have a quite substantial, highly significant, independent impact on policy.”

Thanks for writing. It is very easy to start a business in Amazon. Amazon's fulfillment centers are available in many cities where one can store your products for sell. Amazon will pick and ship the products and you can earn a a lot profit. This is called fulfillment by Amazon or Amazon FBA.