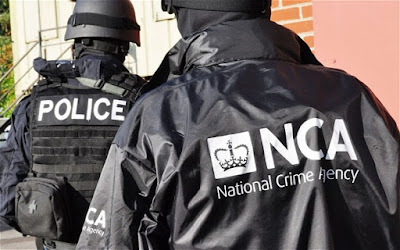 Most days I use my spare time to follow and explore environmental issues, climate change foremost among them. That means delving into unpleasant issues such as greenhouse gas emissions, what they're doing and what they're going to do, and campaigners such as Greta Thunberg.

This stuff builds up and I needed a break. That led me to focus more attention on politics, especially the unfolding clusterf#@k known as Brexit. Then there was the summary of the Mueller report and SNC-Lavalin. Fiascos abound, everywhere. Chaos ensues.

At home, the Liberals' ox is gored. The voting public, it seems, has had its fill of the Dauphin. He's now a millstone round his party's neck with general elections months away.  Trump continues to drive the US and America's historic allies into a ditch. Then there's Theresa May's debacle, Brexit.

The cadaverous prime minister has failed to sell her "deal" to Parliament. The EU's deadline for UK approval has passed.

Many Tories want Theresa May out - now. Yet the names commonly bandied about to replace her are the very greasy, Boris Johnson, and the even greasier, Michael Gove.

Now a dark cloud has formed over those two.  Johnson and Gove were participants in the Vote Leave campaign. Gove was co-convenor of Vote Leave while Johnson was its figurehead.

Vote Leave was found by Britain's Electoral Commission to have broken campaign funding laws involving hundreds of thousands of pounds spirited in and out of the campaign. A good chunk of that dark money apparently made its way into the coffers of Victoria, BC's Aggregate IQ that has been tied to Cambridge Analytica.

Vote Leave appealed the decision. Gove and Johnson sheltered behind the appeal to avoid answering difficult questions. However Vote Leave has now abandoned its appeal, throwing Johnson and Gove back into the spotlight. With their focus now on becoming Britain's next prime minister that's the equivalent of vampires dragged out into the noonday sun.

Anna Soubry, the former Tory MP who joined the Independent Group, called for a full explanation from both men, and dismissed the claim the appeal had been dropped for financial reasons.

“The one thing we do know, all these people have access to considerable amounts of money, so to say they are dropping it for lack of funds is absolutely ludicrous,” she said.

“Johnson and Gove should be providing a full and proper explanation to the British people following the dropping of this appeal.” She added she expected to one day see a “public inquiry into what happened and how we got into this terrible mess”.

Gove and Johnson played key roles in Vote Leave, Gove as co-convener and Johnson as a figurehead for the official Brexit campaign. A series of other senior government or Tory figures also sat on its committee, including Liam Fox, Iain Duncan Smith, former Brexit secretary Dominic Raab and the former international development secretary Priti Patel.

Labour MP David Lammy called for an update on a police investigation into the campaign. The commission has shared its files with the police to investigate if any other offences had been committed outside its remit.

“There are profound questions for our democracy about whether senior cabinet ministers are now above the law. The Metropolitan police and National Crime Agency need to act urgently to update the public on the extent and breadth of their investigation,” he said. “It’s also deeply worrying that the political establishment seems mute on law-breaking at the highest level.”

For a country already neck deep in turmoil, the Gove-Johnson scandal can only make the waters murkier if that is even possible. With the National Crime Agency (akin to the FBI) looking into Vote Leave's financing and the evidence showing criminal acts, this can only get worse.

How does any of this possibly end well?