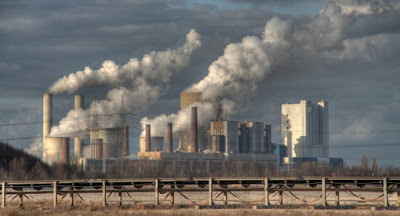 Actually, the number may be closer to 1,200 new coal-fueled electricity plants about three-quarters of them planned for China and India.

Coal plants are the most polluting of all power stations and the World Resources Institute (WRI) identified 1,200 coal plants in planning across 59 countries, with about three-quarters in China and India. The capacity of the new plants add up to 1,400GW to global greenhouse gas emissions, the equivalent of adding another China – the world's biggest emitter. India is planning 455 new plants compared to 363 in China, which is seeing a slowdown in its coal investments after a vast building programme in the past decade.

"This is definitely not in line with a safe climate scenario – it would put us on a really dangerous trajectory," said the WRI's Ailun Yang, who compiled the report, considered to be the most comprehensive in the public domain. But she said new emissions limits proposed in the US and a voluntary cap on coal use in China could begin to turn the tide. "These policies would give really strong signals about the risks to the future financial performance of coal of climate policies."

With the United States currently reeling in a petro-bacchanal  from the bounty of fracking that promises to make America the leading oil producer in the world and the emerging super-economies forging ahead with coal, it's hard to see how we're going to win this.
Posted by The Mound of Sound at 8:27 AM

You just might just want to think about this. China and India in building the new plants are actually building cleaner more efficient plant all the time. They are leading the world in this. Just because you want to jump on the manmade global warming look at the hard data. Stop letting the hypocrite Al Gore lead you by the nose. Use your own mind and think and do some research.