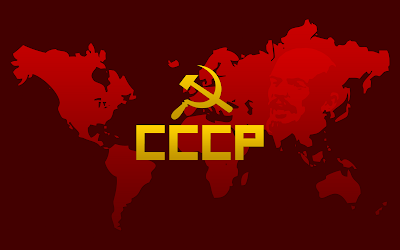 The way Comrade Steve "reformed" the Prime Minister's Office was a dead giveaway.  His appointment of political commissars to disrupt public access to the civil and armed services was a masterful coup, entirely Stalinist.   Henceforth his political minions would decide what communications from the public should be allowed to reach their government, what unwelcome communications would not.   These same commissars would filter communications to the public, ensuring they were tailored to conform to the Chairman's policies and interests.

In so doing, the Chairman transformed both the public service and the armed forces into his personal and oh so partisan political agencies.   Gagging the public service and armed forces was also instrumental in Comrade Steve's campaign to choke out any residual vestiges of transparency and accountability.   Everything that impedes One Man Rule was to be suppressed, even Parliament itself.   Truth, reality were what the Chairman prescribed them to be.

As Joe Stalin reigned over the Soviet Union, the CCCP, S. Joe Harper reigns over Canada, the CPC3.   What's that?   It is the face of Canada today represented by the Conservative Party of Canada, the Calgary Petroleum Club and the Communist Party of China, the Unholy Trinity that charts the future of Canada for us and for our kids.

Canada today has the most undemocratic, authoritarian, ideological prime minister perhaps in our nation's history.   That cannot be overlooked or discounted when considering his dealings, supposedly on our behalf, with other undemocratic, authoritarian and ideological regimes.   And that is the light we need to shine on Comrade Steve's Canada-China trade pact.  We may regret it if we don't.
Posted by The Mound of Sound at 7:49 AM