What Will They Call It Next? 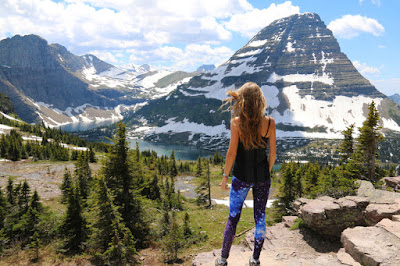 How about "The Park formerly known as Glacier National Park"?


Warming temperatures have rapidly reduced the size of 39 named glaciers in Montana since 1966, according to comparisons released by the US Geological Survey (USGS) and Portland State University. Some have lost as much as 85% of their expanse over the past 50 years, with Glacier national park, site of 37 of the surveyed glaciers, set to lose all of its eponymous ice formations within the next few decades. Of the 150 glaciers that existed in the park in the late 19th century, only 26 remain.

The disappearance of glaciers in Montana is part of a broader loss that will see all glaciers, defined as moving bodies of snow and ice larger than 25 acres, largely vanish from the lower 48 states of America by the mid point of the century, according to Dr Daniel Farge, lead USGS scientist.
Posted by The Mound of Sound at 9:59 AM

That should have been posted to your High Crimes and Misdemeanours blog.


Trump certainly hasn't devastated America's Glacier National Park in a few months in office although he's doing nothing to ameliorate the situation. We can't blame today's climate change impacts on Trudeau either although his approach to the environmental cataclysm is really no better than Trump's.

On the local front.

All is not lost, the future is here