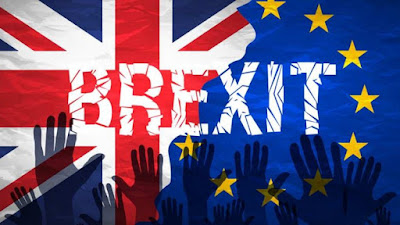 Revelations about Cambridge Analytica, its principals (Steve Bannon, Robert Mercer, Rebekah Mercer and Alexander Nix), its clients or contacts (Corey Lewandowski, Ted Cruz, John Bolton, the Trump campaign), and the Cambridge subsidiary, Victoria's AggregateIQ are a virtual tsunami. This is an unfolding trans-Atlantic scandal, a work in progress.

Today it's AggregateIQ's turn under the spotlight. Gizmodo claims to have proof that the Victoria firm created Cambridge Analytica's software.

A little-known Canadian data firm ensnared by an international investigation into alleged wrongdoing during the Brexit campaign created an election software platform marketed by Cambridge Analytica, according to a batch of internal files obtained exclusively by Gizmodo.

Discovered by a security researcher last week, the files confirm that AggregateIQ, a British Columbia-based data firm, developed the technology Cambridge Analytica sold to clients for millions of dollars during the 2016 US presidential election. Hundreds if not thousands of pages of code, as well as detailed notes signed by AggregateIQ staff, wholly substantiate recent reports that Cambridge Analytica’s software platform was not its own creation.

A link to the Republican National Committee?


In an internal wiki, AIQ developers also discussed a project known as The Database of Truth, a system that “integrates, obtains, and normalizes data from disparate sources, including starting with the RNC Data Trust.” (RNC Data Trust is the Republican party’s primary voter file provider.) “The primary data source will be combined with state voter files, consumer data, third party data providers, historical WPA survey and projects and customer data.”


In 2016, Mercer reportedly offered up Cambridge Analytica’s services for free to Leave.EU, one of several group urging the UK to depart the European Union, according to The Guardian. Leave.EU was not, however, the official “Leave” group representing the Brexit campaign. Instead, a seperate group, known as Vote Leave, was formally chosen by election officials to lead the referendum.

Whereas Leave.EU relied on Cambridge to influence voters through its use of data analytics, Vote Leave turned to AIQ, eventually paying the firm roughly 40 percent of its £7 million campaign budget, according to The Guardian. Over time, however, Vote Leave amassed more cash than it was legally allowed to spend. While UK election laws permitted Vote Leave to gift its remaining funds to other campaigns, further coordination between them was expressly forbidden.

The treasurer of the BeLeave group, a recipient of some of Vote Leave's surplus funds, said BeLeave never received the funds that were, instead, laundered through the BeLeave books and disbursed without its knowledge or consent.

Vote Leave inexplicably donated £625,000 to a young fashion design student named Darren Grimes, the founder of a small, unofficial Brexit campaign called BeLeave. According to a BuzzFeed investigation, Grimes immediately gave a “substantial amount” of the cash he received from Vote Leave to AIQ. Vote Leave also donated £100,000 to another Leave campaign called Veterans for Britain, which, according to The Guardian, then paid AIQ precisely that amount.

A review of the AIQ files by UpGuard’s Chris Vickery revealed several mentions of Vote Leave and at least one mention of Veterans for Britain, apparently related to website development.

In an interview on Monday, Shahmir Sanni, a former volunteer for Vote Leave campaign, told The Globe and Mail that he had “first-hand knowledge about the alleged wrongdoing in the Brexit campaign.” Sanni, who was 22 when he worked for Vote Leave, said he was “encouraged to spin out” another campaign, but that he had “no control” over the £625,000 that was immediately spent on AIQ’s services.

British authorities are pursuing leads to establish whether BeLeave and Veterans for Britain were merely a conduit through which Vote Leave sought to direct additional funds to AIQ. While the UK Electoral Commission took no action in early 2017, in November it claimed that “new information” had “come to light,” giving the commission “reasonable grounds to suspect an offence may have been committed.”

The Toronto Star reports that three former Cambridge employees contend that the company, owned by US billionaire Robert Mercer, flagrantly violated US election laws by sending at least 20 non-Americans to work on the 2014 mid-term elections.

Cambridge Analytica and SCL Group were overwhelmingly staffed by non-U.S. citizens — mainly Canadians, Britons and other Europeans — at least 20 of whom fanned out across the United States in 2014 to work on congressional and legislative campaigns, the three former Cambridge workers said.

Many of those employees and contractors were involved in helping to decide what voters to target with political messages and what messages to deliver to them, the former workers said. Their tasks ran the gamut of campaign work, including “managing media relations” as well as fundraising, planning events, and providing “communications strategy” and “talking points, speeches (and) debate prep,” according to a document touting the firm’s 2014 work.

“Its dirty little secret was that there was no one American involved in it, that it was a de facto foreign agent, working on an American election,” Wylie said.

Two other former Cambridge Analytica workers, who spoke on the condition of anonymity because of fear that they may have violated U.S. law in their campaign work, said concerns about the legality of Cambridge Analytica’s work in the United States were a regular subject of employee conversations at the company, especially after the 2014 vote.

The two former workers, who, like Wylie, were interviewed in London, said employees worried the company was giving its foreign employees potentially inaccurate immigration documents to provide upon entering the United States, showing that they were not there to work when they had arrived for the purpose of advising campaigns.

“We knew that everything was not above board, but we weren’t too concerned about it,” said one of the former Cambridge Analytica workers, who spent several months in the United States working on Republican campaigns. “It was the Wild West. That’s certainly how they carried on in 2014.”

That sounds like a nightmare for a certain rightwing radical nutjob billionaire.

"That was not an official contract between Palantir and Cambridge Analytica, but there were Palantir staff that would come into the office and work on that data," Wylie told lawmakers. He added that Palantir staff "helped build the models we were working on."

Yes, that Palantir. The one with contracts with the US Army, NSA, GCHQ, and whose owner Peter Thiel advised the Trump campaign.

There has been an awful lot of finger pointing at Russia but it looks like most of the dirty tricks were home grown. While the Russians are probably not guiltless, there are several Americans, Brits and a few Canadians who ought to be in jail. There is certainly a President who should be sent packing in disgrace and a Brexit referendum that needs to be declared null and void and rerun.

and Guccifer 2.0 has been identified as two Russian FSO Officers, Sergei Afanasyev and Grigoriy Viktorovich Molchanov

and the list of PAC's, Republican Campaigns, Wikileaks, Assange, Roger Stone, et al who were working with Guccifer 2.0, well, it's easier to list who wasn't,

and the flood of Russian money into every Republican PAC including the NRA's.

Just to name a few.


Toby, the Russian business is slightly connected but largely independent of the Cambridge/AIQ/Brexit/Trump scandal now unfolding in London. One inevitably seems to cast its shadow over the other on an alternating basis. I find it best to pursue them separately.

Get your hands on a copy of Isikoff and Corn's "Russian Roulette" and you may get the gist of my point.


Has it dawned on anybody that what we're seeing may be the emerging face of America's real "Deep State." These are forces deliberately seeking to manipulate America's government and undermine its democracy. And the Gullibillies just eat it up.

What we are seeing is a convergence of Citizens United, Libertarian Amoral Tech billionaires competing with the Koch's, the last gasps of White Male Privlege, Republican "win at all costs", coulled with Cleeks Law,

and of course, the Death of the MSM, Faux News Fake News,

Citizen's United allowed the Koch Brothers to buy elections. The Silicon Valley Bro's just figured out a better way to spend and target their "money as speech",

Oh, and of course, Inequality.


As the "update" to this piece suggests, Jay, Mercer and Bannon may have directed flagrant breaches of America's election laws in 2014. Perhaps it was a trial run for the general elections in 2016.

Convergence indeed. Masters of the Universe seem drawn to hubris, imagining that they are immune to rules and laws.

It is quite difficult to take stock of the amount of information that has come pouring out over the past week. It really resembles the bursting of a dam and I have the impression that there's much more to come.

The near total silence from the politicos of D.C. suggests that they may be in damage control mode. Who knows? I expect we all will before long.

Anatole France — 'The law, in its majestic equality, forbids rich and poor alike to bribe Politicians, to buy microtargetted advertising campaigns , and to steal Elections.'

Jay, the trouble is that the law as interpreted by the SCOTUS allows all of the those things!

"In its majestic equality, the law forbids rich and poor alike to sleep under bridges, beg in the streets and steal loaves of bread."

SCOTUS ruled that both the rich and the poor, have the equal right to bundle up to $27,000 in contributions to an individual campaign, contribute unlimited amounts of money to a PAC, and spend unlimited amounts on advertising in a "3rd Party Campaign".

SCOTUS might as well have ruled "one dollar, one vote".