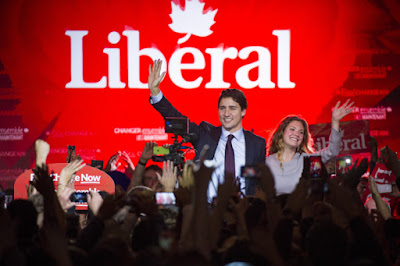 Those implicated in the Cambridge Analytica/AggregateIQ scandal inevitably contend that their uninvited intrusions and targeted messaging may have been unethical but they dispute that their acts were illegal and close with the assertion that there is no proof that their skulduggery actually changed anything, that it manufactured any votes for the client or suppressed voting for the adversary.

It was, in their parlance, a giant "nothingburger".

Okay, so Robert Mercer, Steve Bannon, John Bolton, the Trump campaign and the cash-conscious Brexit Leave campaign thought it looked pretty and decided to take a flyer on it.

We still don't know what uber-rightwing US billionaire, Robert Mercer, paid for his 90 per cent interest in Cambridge Analytica but it would be useful to find out. At its core this targeted advertising/brainwashing technology is a function of algorithms who had to learn long division and did our calculations with slide rules is probably a bit out there. They're not to Robert Mercer. He was an algorithm wizard. It's how he amassed his billions. When it came to shelling out for control of Cambridge Analytica, Mercer was what you might call an informed buyer. He knew what it was, how it worked, what it could achieve and what it was worth - to a buyer, a guy just like him.

Illegal? Hard to say. It's certainly unethical and, in such matters, we often set limits, conditions in which the merely sordid passes into the realm of criminality.

Should this stuff, cyber ratf@cking, be illegal. I vote yes. I expect most would. But we would have to find a government willing to enact a pretty major overhaul of our election laws to outlaw this sort of thing and impose adequate penalties for those who flout them.

That might begin by clearly stating that a citizen's vote is something not to be messed with. You can't get a voter liquored up by capture his vote. You can't put a wad of cash in his shirt pocket either. You shouldn't be permitted to target that voter online with sophisticated messages the purpose of which is to manipulate his or her free will. That sort of thing ought to be an indictable offence. It should earn the perpetrators a stretch in the Greybar Hotel. And the political parties and their campaigns if found culpable should also pay a hefty price. It's "the buck stops here" thing.

Unfortunately electoral problems aren't a great priority with the government of the day. This is, after all, the same Justin who told us to get stuffed when he reneged on his promise of electoral reform. Indeed there are indications that the Liberal campaign had some sort of dealings with these cyber ratf@ckers in 2015.

These days, when you're faced with an upset victory, be it Brexit, or Trump, or Trudeau, you have reasonable cause to question just what happened. Did Mulcair really lose his lead all by himself or were voters perhaps assisted in switching from the NDP to someone else? I don't know only now I really, really want to.

We are in an era of widespread decline in liberal democracy. In America, money is free speech. Elsewhere we don't state it so openly. Ours is a world in which the political power of the citizenry and their votes has become discounted, degraded.

It is not alarmist to say we are on a slippery slope. We've seen what this can lead to elsewhere - Hungary, Turkey, Poland, the populist uber-right in France, Britain, Germany and elsewhere; the rise of the corporatist state where legislators, regulators and even heads of state can be captured and harnessed into service not to the public interest but to narrow, private interests. And, as we have seen in America, Hungary, Poland and elsewhere, these things they will do right in front of your face.

Be aware that the only way to stop this slide is to take matters in our own hands - at the ballot box. No matter how loyal you may feel to a party, do not vote for any candidate representing any party that you cannot trust to enact electoral reform. And, yes, that means in 2019 refusing to vote for the Trudeau Liberals. They've had their chance. You don't have to vote Tory. Vote Green, vote NDP. We've survived worse.

Yeah, I already made my mind up about that. Unfortunately, I live in a riding that will elect a dead dog so long as it is wearing Conservative blue. Steven Harper's gerrymandering fixed it in stone. I once had a discussion with Tom Mulcair in which I insisted that the local NDP really needs to get off its butt and seriously attack this riding. Mulcair got it but the local riding association didn't.


Well, Toby, if the Conservatives have a lock on your riding, it's even easier not to vote Liberal. And you might even come away feeling better for voting Green.

A critical part of Anal's campaign, is a variation on "negging".

Negative ads and articles in your social media feeds, not always about the cantidate but also peripheral to the elections, designed to make you less likely to vote. Some are just "slanted", some are pure "fake news". Some are just a headline unsupported by the article.

Right now, the Blue Wave has a national "pick up" of 11%. In any hotly contested area's, even the subliminal effect can "win" an election.

Negative ads were used extensively to discourage half-hearted Democrats not to bother coming out to vote for Hillary. If you have a "hold your nose to vote" candidate you're more apt to be susceptible to discouraging messages.

"Did Mulcair really lose his lead all by himself or were voters perhaps assisted in switching from the NDP to someone else?"

Jumped the shark? Is that the correct term? ;-)

If you are going to wind up voting for Austerian economics, might as well vote Liberal or Con.