Now That You Mention It... 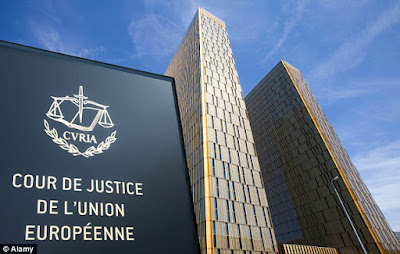 Earlier this month the European Court of Justice issued a ruling that ISDS or Investor-State Dispute provisions in a trade deal between the Netherlands and Slovakia were contrary to European law. It seems that the ECJ found the secret court system invalid. The ruling is expected to call into question other free trade pacts with Europe, possibly including CETA, Canada's trade pact with the E.U.

The EU court decision hasn't created much of a stir in Canada although it's unclear why.

The only party that seems to have addressed it is the Green Party.


“This decision could call into question the legality of ISDS clauses in other EU trade deals, including the EU-Canada Comprehensive Economic and Trade Agreement (CETA),” said Green Party international trade critic Paul Manly. “In CETA, the Investment Court System is similarly structured to allow corporations to sue governments if legislation interferes with a corporation’s ability to maximize profits. The ECJ will soon rule on whether the Investment Court System is in fact consistent with EU laws.

“The Green Party has long argued against trade dispute settlement mechanisms that allow foreign corporations to override domestic laws designed to protect the environment and community well-being. They are inherently anti-democratic and should be removed from all trade agreements and ISDS measures to which Canada has committed. That means NAFTA’s chapter 11 and the ISDS mechanism in the revised Trans-Pacific Partnership (TPP) must be scrapped as well. Canadian sovereignty is at stake,” concluded Mr. Manly.

What a radical idea that it may offend a nation's laws for its government to bind itself to legal proceedings in secret courts that may impact the citizenry by infringing on labour, environmental or other protections. Hmm, I wonder why we didn't think of that? I wonder why our political caste thought it okay to surrender these essential incidents of national sovereignty without our knowledge or consent?

"The EU court decision hasn't created much of a stir in Canada although it's unclear why."

Perhaps the fatal-embrace of Corporate bias and willful ignorance?

And as to the tiny beach-heads of informed debate at sites like this ...
"The Progressive Bloggers" site seems to have crashed. What's left of the (once large) army of progressive bloggers?
Who is still at it? Who is still worth reading beside:
Mound
Dawg
Alberta Report


I understand what you're saying, NPoV. Sometimes I go through the blogroll at PB and visit some of the great blogs of the past. They just seem to have died off. Some, such as Scott Tribe, have gone more into social media, Facebook. Others perhaps lost their sense of outrage/grievance once Harper was ousted. I would imagine some Liberals have been discouraged by the hypocrisy and lack of integrity shown by the current government.

Awe NPoV, I thought my posts on my grandsons sense of humour were very progressive LOL