Is AggregateIQ Out to Subvert BC's Next Provincial Election? 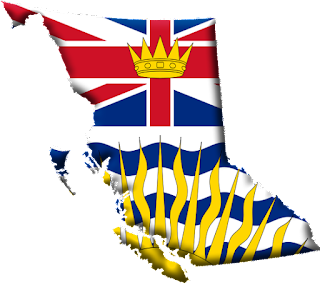 Think of it as the love child of Chris Wylie and Steve Bannon.  AggregateIQ, a small Victoria company widely thought of as the black magic that led to the upset Leave victory in Britain's Brexit referendum, is reportedly out to fix British Columbia's next provincial elections to return the hopelessly corrupt BC Liberals to power.

AggregateIQ has been the subject of several articles in The Guardian mainly focused on the role it played in the Brexit campaign. The Leave side spent more than half of its budget on AIQ's intervention to snatch victory from the jaws of defeat.

AIQ's boy genius, Chris Wylie, is the subject of a feature expose in The Guardian this weekend. Wylie describes how he weaponized data mining to throw elections to the highest bidder. It's a story straight out of a Le Carre novel involving AggregateIQ, Cambridge Analytica, far rightwing American billionaire Robert Mercer, Steve Bannon, Nigel Farage, the Brexit Leave campaign, the Trump campaign, even a Russian oligarch tied to Vlad Putin.

Today I stumbled across this item from the Globe and Mail back in January.

A Canadian campaign consulting firm whose role in Britain's Brexit vote is under investigation is operating in the leadership contest to replace former B.C. premier Christy Clark.

AggregateIQ Data Services Ltd. has been retained by leadership candidate Todd Stone, and is also seeking a contract with the opposition BC Liberals to help the party to return to power in the next provincial election.

The small Victoria-based agency says in its pitch to the BC Liberals that it "launched and supported" the official Leave campaign that persuaded British voters to choose to leave the European Union in the 2016 referendum.

U.K. Information Commissioner Elizabeth Denham is looking into AggregateIQ's role in the campaign after Britain's Electoral Commission revealed that the Vote Leave campaign paid the equivalent of $4.6-million to the Canadian company for political work. The commission is examining funding associated with the referendum.

The Liberals held power for more than 16 years in B.C., but lost ground in the 2017 provincial election, and the NDP formed a minority government with support from the Green Party's three MLAs.

After the election, the BC Liberals invited proposals for a digital fundraising pilot project, and AggragateIQ, which had already worked on three local campaigns for the party, presented a nine-page pitch.

But Ms. Clark resigned as party leader and quit as an MLA in July, and the party has put the decision about the pilot project on hold until after the new leader is chosen on Feb. 3. Six candidates are running for the leadership.

John Horgan had damn well better come through with his promise of electoral reform. He and his wobbly NDP had better support the "Yes" campaign. If they subvert the referendum, power in British Columbia will be decided the Liberal way - bought and sold.

And, just in case you have any doubt about how AggregateIQ meddles in elections, look how it inadvertently backfired on Stone's Liberal leadership campaign. I'm sure they won't make the same mistake next time.

A former provincial cabinet minister running to lead the BC Liberal Party has lost nearly 1,400 new memberships ahead of this weekend's convention, after irregularities that were linked to a Canadian company under investigation for its role in helping the Leave side win the Brexit campaign.

Todd Stone's campaign said on Friday that 1,349 party memberships – out of the party's roughly 60,000 registered members – had been disqualified after the party discovered missing e-mail addresses. His campaign confirmed the memberships were connected to consultancy AggregateIQ.

"They were having problems in terms of the process," Mr. Fassbender said in a Friday interview with Radio NL in Kamloops.

Mr. Fassbender, who did not respond to requests for an interview, told the radio station that the sign-ups violated party rules and were due to an "individual in the company [AggregateIQ] who was trying to find a method to assist these people."

Assisting these people should be trivial. Run the application through Google Translate English -> Russian, and you're good to go. Where do I collect my consulting fee?

.. at the risk of being a repeat offender Mound
I question first of all
- allowing majority governments
secondly
- the value of political parties

The level of electoral corruption, vote suppression
manipulation, gerrymandering, mainstream media interference
failed promises.. captured government
etc etc has become a crescendo of failure
Just look at some of the political animals we have now
pretending to be public servants.. but are ignorant partisan arseholes

Having seen leadership contests gamed by the players - OPC and federal NDP, where thousands of instant members vote for the new leader and then disappear, it is now time to either only allow members who signed up prior to the contest vote, or go back to the old way of delegates to a convention.

Especially in the Liberal Party this business about buses full of "instant members" showing up for leadership votes has become a tradition.

Yes, it's a form of corruption that goes deep to the core of the party but the party powers that be tolerate it, usually to avoid being smeared as racists, and so the party itself becomes a corrupt enterprise.

I remember when Mulroney was accused of busing in winos from the Montreal Bowery.

It does seem that a lot of New Dems are having the same problem accepting Jagmeet.

And yet we still go out and vote for them. What does that say about us?