The Little Guy With the Funky Hair Lowers the Lumber on Cambridge Analytica, AggregateIQ, the Upset "Leave" Win on Brexit and the Upset Win of President Donnie Trump. 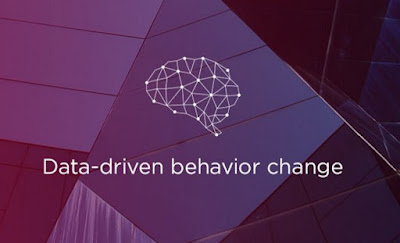 In the case of Brexit, Wylie says it was not only misuse of data but also money laundering to give the Leave campaign a big financial advantage over the Stay campaign. Wylie's claims go to the very integrity and validity of the referendum vote to pull Britain out of the EU. At least one of the key parties to the alleged skulduggery is a senior aide to the prime minister, Theresa May.  Oopsie.

Misuse of data and “cheating” by Cambridge Analytica and other companies associated with the firm may have altered the outcome of both the U.S. presidential election and the U.K.’s Brexit referendum, a company whistleblower told British lawmakers.

Chris Wylie, the former director of research at Cambridge Analytica, which has been accused of illegally collecting online data of up to 50 million Facebook users, said that his work allowed Donald Trump’s presidential campaign to garner unprecedented insight into voters’ habits ahead of the 2016 vote.

He added that a Canadian business with ties to Cambridge Analytica’s parent company, SCL Group, also provided analysis for the Vote Leave campaign ahead of the 2016 Brexit referendum. This research, Wylie said, likely breached the U.K.’s strict campaign financing laws and may have helped to sway the final Brexit outcome.

“If we allow cheating in our democratic process … What about next time? What about the time after that? This is a breach of the law. This is cheating,” he told British politicians Tuesday. “This is not some council race, or a by-election. This is an irreversible change to the constitutional settlement of this country.”

Over four hours of testimony, Wylie gave insight into how Cambridge Analytica was able to build complex data analysis tools to target potential voters during multiple U.S. campaigns. That included ties to Aggregate IQ, or AIQ, a Canadian company which helped to develop the underlying algorithm that was used by Cambridge Analytica to target Facebook users. Both companies deny such a connection.

Wylie posed a very pointed question about the Victoria startup, AggregateIQ and the campaign it waged on behalf of the Leave campaign.

“I think it’s incredibly reasonable to say that AIQ played a very significant role in Leave winning,” he told British lawmakers. “My question is where did they get the data? How do you create a massive operation in a country where AIQ had not worked before?”

Wylie also gave insight into how Cambridge Analytica was created in late 2013. The unit was set up by Robert Mercer, a U.S. billionaire; Steve Bannon, a former campaign manager for Trump’s 2016 campaign; and Alexander Nix, Cambridge Analytica’s chief executive, who was suspended following the most recent allegations.

To give it an air of academic credibility, according to Wylie, the founders wanted to play up potential research ties with Cambridge University. Aleksandr Kogan, a American-Russian professor at the university, created a smartphone app that provided Cambridge Analytica with reams of digital information on roughly 50 million Facebook users. These data transfers, according to Facebook, broke the social network’s terms and conditions.

“Whenever Steve Bannon would come into town, we would set up this fake office to present a more academic side of the company,” Wylie told the MPs. “Steven Bannon said we should call it Cambridge Analytica because of its close association with the university.”

Chris Wylie may be making noise but there's been nothing but deathly silence from Steve Bannon, Corey Lewandowski, Mercer and the tweetmeister himself, Donald Trump, the Mango Mussolini.

If, as has been claimed and not just by Wylie but others from CA and the Brexit Leave camp, the Brexit referendum was gamed, Theresa May has a problem. Can she simply ignore it and claims she still has a popular mandate to negotiate Britain's exit from the EU? Remember it was just under 52% to leave, just over 48% to stay, and, after the vote, there was plenty of buyer's remorse among those who voted Leave assuming it was bound to be defeated.

While I have only watched snippets of Wylie's testimony, he made a point that particularly impressed me about the Brexit vote tampering. He said the Leave campaign flagrantly cheated. Wylie pointed out that if an Olympic athlete was caught doping, he would be stripped of his medal for cheating. There would be no debate over how much the banned substance aided his performance. No one would be heard to argue he would have won without it. He cheated, the medal is gone. Likewise, get caught cheating on a university exam and it's an automatic
"F".  It doesn't matter how you did on the rest of the questions. You cheated, you got caught, you fail. Wylie argued, convincingly, that there is no distinction to be drawn from being caught gaming a referendum than being caught doping or cheating on an exam. Cheating is cheating.

.. I never understood the whole Brexit furor
but I have an iron grip on Bannon & the Trumph story
like I swallowed the Harper - Ray - Laureen whale tale
and spit out the bones
After all, I live in North America
by the Great Lakes

Cannon balls rolling everywhere
Oh sure.. this is a secure ship o state..
Looks like an el freako blowover to me
and sails sideways or underwater
The whole thing ready
to go upside down, full invert
Await the salvage .. and rescue


The madness of chaos, Sal. Seems it is upon us.