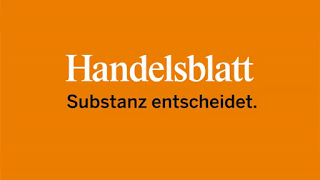 In August, 2014, a leading German financial paper, Handelsblatt, warned of a dangerous spread of war fever throughout the West.

Even smart people are not immune to controlled bouts of this fever. “This war in all its atrociousness is still a great and wonderful thing. It is an experience worth having“ rejoiced Max Weber in 1914 when the lights went out in Europe. Thomas Mann felt a “cleansing, liberation, and a tremendous amount of hope“.

Newspapers we thought to be all about thoughts and ideas now march in lock-step with politicians in their calls for sanctions against Russia's President Putin. Even the headlines betray an aggressive tension as is usually characteristic of hooligans when they 'support' their respective teams.

The Tagesspiegel: “Enough talk!“ The FAZ: “Show strength“. The Süddeutsche Zeitung: “Now or never.“ The Spiegel calls for an “End to cowardice“: “Putin's web of lies, propaganda, and deception has been exposed. The wreckage of MH 17 is also the result of a crashed diplomacy.“

Every reflexive string of accusations results in the same outcome: in no time allegations and counter-allegations become so entangled that the facts become almost completely obscured. Who deceived who first? 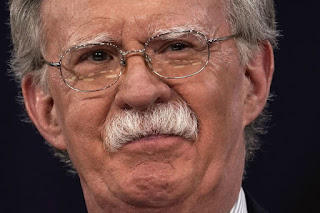 The political action committee founded by John R. Bolton, President Trump’s incoming national security adviser, was one of the earliest customers of Cambridge Analytica, which it hired specifically to develop psychological profiles of voters with data harvested from tens of millions of Facebook profiles, according to former Cambridge employees and company documents.

Mr. Bolton’s political committee, known as The John Bolton Super PAC, first hired Cambridge in August 2014, months after the political data firm was founded and while it was still harvesting the Facebook data.

...the contract between the political action committee and Cambridge, a copy of which was obtained by The New York Times, offers more detail on just what Mr. Bolton was buying. The contract broadly describes the services to be delivered by Cambridge as “behavioral microtargeting with psychographic messaging.”...

“The Bolton PAC was obsessed with how America was becoming limp wristed and spineless and it wanted research and messaging for national security issues,” Mr. Wylie said.

“That really meant making people more militaristic in their worldview,” he added. “That’s what they said they wanted, anyway.”

Boutlon's PAC targeted 'Murkin's. If there was "effect" from the Anal/PAC Campaign, ( and it's not clear that there was a Campaign, just discussions of one), then it shows up in:

- RWNJ's belief that "unleashing" the US Military would finally "win" those 17 pesky 16 year old Wars of Choice,

- RWNJ's belief that China must be militarially confronted, ( all that Taiwanese money Bolton illegally took finally pays off)

- RWNJ's belief that the US has to "behead" the NORK's and can do so with out much hairmussing,

- RWNJ's belief that the US needs moar nukes, pew, pew, pew and the US Military needs moar monies.

Handelsblatt get's it wrong of course. Nobody's talking about War with Russia, ( except some Ukie Nazi's). They are talking about much needed sanctions carefully targetting the Russian "Deep State", comprised of Putin and other Russian Politicians, the FSO, GRU and other Russian Security Services, Russian Corporations and Shell Companies abroad, and Russian Ogliarches.

Even those supporting the arming of Ukraine, admit it isn't going to bring Crimea back, and that Ukraine has bigger problems.

The "pushback" against sanctioning Putin's subversion of Democracy in the West is coming interestingly, from the Stien Left, ( Useful Idiots as the Soviets called them), GG, Assange and other indicted and unindicted co-conspirtators,

and of course, certain business and Corporate interests, which makes one wonder where their money's coming from.

By some accounts, the Russian State alone, illegally "leaks" $20 billion dollars alone to the West, then add in all the Corporate and Ogliarches offshoring and that's a couple hundred billion.


The links don't work? The NYT is behind a paywall but incognito mode lets you get around that. I take it RWNJ stands for right wing nut job.

Handelsblatt, Jay, was referencing what was in the German papers and, remember, this was back in 2014. We're now getting mobilized for wars with Korea, Iran, possibly China. Part of that explains Bolton's interest in making Americans more militaristic (is that even possible?).

The German's are talking sanctions, not war.

Germany has had to deal with Russian "ratfucking" for a long time, from fake news, illegal oil and gas blockaides, incitements against refugee's, immigrants and foreign workers, to funding Nazi parties.