With Everything Else, This We Don't Need. 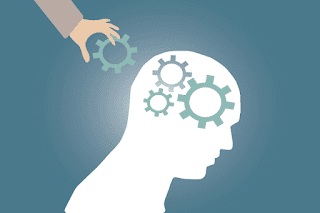 New developments in mind control, yippee! Coming soon to a device near you. And you thought Facebook was a problem.

When John F. Kennedy was cut down in Dealy Plaza he was en route to the Trade Center to deliver a speech. This is a passage from the speech Kennedy never gave:


"In a world of complex and continuing problems, in a world full of frustrations and irritations, America’s leadership must be guided by the lights of learning and reason, or else those who confuse rhetoric with reality, and the plausible with the possible will gain the popular ascendancy with their seemingly swift and simple solutions to every world problem.”

That ring any bells?

The thing is you can now watch Kennedy deliver that speech almost as though he didn't die that day.  From The Guardian:


You can only hear them now thanks to audio technology developed by a British company, CereProc. Fragments of his voice have been taken from other speeches and public appearances, spliced and put back together, with neural networks employed to mimic his natural intonation.

The result is pretty convincing, although there’s a machine-like ring to some of the syllables, a synthetic stutter. Enough to recognise, if you already know, that this is a feat of technology, not oratory.

But if you didn’t know? Perhaps you’d be fooled. And that’s why this breezy exercise has a darker side.

The problem is that these technologies, that can be used to help us, can also be used against us.

“Dual use” of technology is not a new problem. Nuclear physics gave us both energy and bombs. What is new is the democratisation of advanced IT, the fact that anyone with a computer can now engage in the weaponisation of information; 2016 was the year we woke up to the power of fake news, with internet conspiracy theories and lies used to bolster the case for both Brexit and Donald Trump. We may, however, look back on it as a kind of phoney war, when photoshopping and video manipulation were still easily detectable. That window is closing fast. A program developed at Stanford University allows users to convincingly put words into politicians’ mouths. Celebrities can be inserted into porn videos. Quite soon it will be all but impossible for ordinary people to tell what’s real and what’s not.
...

The potential for an “information apocalypse” is beginning to be taken seriously. The problem is we have no idea what a world in which all words and images are suspect will look like, so it’s hard to come up with solutions. Perhaps not very much will change – perhaps we will develop a sixth sense for bullshit and propaganda, in the same way that it has become easy to distinguish sales calls from genuine inquiries, and scam emails with fake bank logos from the real thing. But there’s no guarantee we’ll be able to defend ourselves from the onslaught, and society could start to change in unpredictable ways as a result.

Like the generation JFK was addressing in his speech, we are on the cusp of a new and scary age. Rhetoric and reality, the plausible and the possible, are becoming difficult to separate. We await a figure of Kennedy’s stature to help us find a way through. Until then, we must at the very least face up to the scale of the coming challenge.

Jeebus, where did I put that Soma?

The dystopian possibilities are really frightening, Mound, but given people's current credulity and surrender of critical thinking skills, it may only be a facilitation and expedition of our ongoing decline.


Well, Lorne, we've got this new analytical targeting technology that enables an individual to be profiled and powerfully manipulated, what we once called "manufactured consent." Now if we can confuse people about what they're seeing and hearing, rendering them incapable of discerning real from fantasy, it becomes a Brave New World indeed. This effort is powerfully aided and abetted by the isolation we endure today in a world of smart phones and other communication devices. We're becoming living, breathing puppets. The Triple Whammy may be when AI is ramped up just a notch or two.