What, Now It's Mattis In the Cross Hairs? 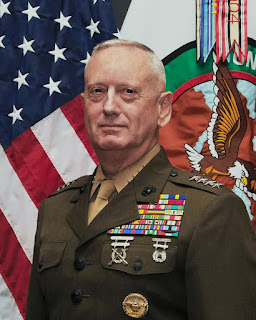 I thought if there was one individual in Trump's White House who was as unimpeachable as Caesar's wife it was Defense Secretary James Mattis. Of course until just now I had no idea that Mattis was a player in the Theranos scandal.

It seems that, once he retired from the US military, Mattis was on the Theranos board of directors.


Basically, their biotech startup was founded on the promise of faster, cheaper, painless blood tests. But their technology was fake.

Mattis not only served on Theranos’s board during some of the years it was perpetrating the fraud after he retired from US military service, but he earlier served as a key advocate of putting the company’s technology (technology that was, to be clear, fake) to use inside the military while he was still serving as a general. [CEO Elizabeth] Holmes is settling the case, paying a $500,000 fee and accepting various other penalties, while Balwani is fighting it out in court.

Nobody on the board is being directly charged with doing anything. But accepting six-figure checks to serve as a frontman for a con operation is the kind of thing that would normally count as a liability in American politics.

But nobody wants to talk about it. Not just Trump and his co-partisans in Congress; the Democratic Party opposition is also inclined to give Mattis a pass. Everyone in Washington is more or less convinced that his presence in the Pentagon is the only thing standing between us and possible nuclear Armageddon.

Is there anyone in the Trump cabinet who isn't a con artist? Seems to me that's a basic requirement.


It's a bit dispiriting, isn't it Cap?

The most important cabinet qualification appears to be an ability to self deal.