Facebook Moves to Block Cambridge Analytica. Too Little, Too Late? 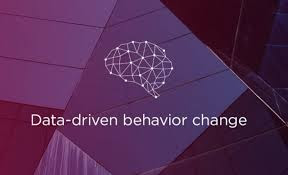 Here's the problem in a nutshell:


“It’s no exaggeration to say that minds can be changed. Behaviour can be predicted and controlled. I find it incredibly scary. I really do. Because nobody has really followed through on the possible consequences of all this. People don’t know it’s happening to them. Their attitudes are being changed behind their backs.”

Facebook profiles – especially people’s “likes” – could be correlated across millions of others to produce uncannily accurate results. ...with knowledge of 150 likes, their model could predict someone’s personality better than their spouse. With 300, it understood you better than yourself. “Computers see us in a more robust way than we see ourselves.”

Is it powerful? Yes. Can it manipulate votes? Absolutely. Just ask Chris Wylie and the rest of the gang at a small Victoria, BC company, AggregateIQ. The "Leave" camp in the Brexit referendum used about half their total budget to hire AggregateIQ and the rest is history.

I asked David Banks, Veterans for Britain’s head of communications, why they spent the money with AggregateIQ.

“I didn’t find AggegrateIQ. They found us. They rang us up and pitched us. There’s no conspiracy here. They were this Canadian company which was opening an office in London to work in British politics and they were doing stuff that none of the UK companies could offer. Their targeting was based on a set of technologies that hadn’t reached the UK yet. A lot of it was proprietary, they’d found a way of targeting people based on behavioural insights. They approached us.”

What was hatched in Victoria quickly was picked up by a far right American billionaire, Robert Mercer, and his partner, Steve Bannon. Enter Cambridge Analytica.

Who is Chris Wylie?

Finding “persuadable” voters is key for any campaign and with its treasure trove of data, Cambridge Analytica could target people high in neuroticism, for example, with images of immigrants “swamping” the country. The key is finding emotional triggers for each individual voter.

Cambridge Analytica worked on campaigns in several key states for a Republican political action committee. Its key objective, according to a memo the Observer has seen, was “voter disengagement” and “to persuade Democrat voters to stay at home”: a profoundly disquieting tactic. It has previously been claimed that suppression tactics were used in the campaign, but this document provides the first actual evidence.
...


Tamsin Shaw, an associate professor of philosophy at New York University, helps me understand the context. She has researched the US military’s funding and use of psychological research for use in torture. “The capacity for this science to be used to manipulate emotions is very well established. This is military-funded technology that has been harnessed by a global plutocracy and is being used to sway elections in ways that people can’t even see, don’t even realise is happening to them,” she says. “It’s about exploiting existing phenomenon like nationalism and then using it to manipulate people at the margins. To have so much data in the hands of a bunch of international plutocrats to do with it what they will is absolutely chilling.

And, with elections looming again - the US mid-terms in November, Canada's general election next year, the UK, who knows, anytime - the data crawlers are busy again.


Facebook’s deputy legal counsel Paul Grewal wrote at length about the decision in a blog post.

"In 2015, we learned that a psychology professor at the University of Cambridge named Dr Aleksandr Kogan... violated our platform policies..."

Prof Kogan is said to have created an app called “thisisyourdigitallife”. It was accessed by approximately 270,000 people, Facebook said.

"In so doing, they gave their consent for [Prof] Kogan to access information such as the city they set on their profile, or content they had liked, as well as more limited information about friends who had their privacy settings set to allow it.”

Users who downloaded it were told they were taking a personality prediction test that was part of a "research app used by psychologists”.

While that was initially true - Prof Kogan is a psychologist - Facebook said the data was then kept and sold on to third-parties including Cambridge Analytica and its parent company Strategic Communications Laboratories. Another recipient was said to be an employee at Eunoia Technologies.

Facebook says it has been assured by Cambridge Analytica that it has deleted all the data they received from Kogan.  Yeah, sure.

Here's more on how Cambridge Analytica operates, from Vice.com.


Nix candidly explains how his company does this. First, Cambridge Analytica buys personal data from a range of different sources, like land registries, automotive data, shopping data, bonus cards, club memberships, what magazines you read, what churches you attend. Nix displays the logos of globally active data brokers like Acxiom and Experian—in the US, almost all personal data is for sale. For example, if you want to know where Jewish women live, you can simply buy this information, phone numbers included. Now Cambridge Analytica aggregates this data with the electoral rolls of the Republican party and online data and calculates a Big Five personality profile. Digital footprints suddenly become real people with fears, needs, interests, and residential addresses.

The methodology looks quite similar to the one that Michal Kosinski once developed. Cambridge Analytica also uses, Nix told us, "surveys on social media" and Facebook data. And the company does exactly what Kosinski warned of: "We have profiled the personality of every adult in the United States of America—220 million people," Nix boasts.

Psychometric profiles of the personality of "every adult in the United States of America"? Sounds crazy, eh? It's not. It's a nation allowing its own people to be manipulated, brainwashed. Yep, it sure is.

And it's not just the Republicans who are undermining the American people. Everyone who stands to benefit can do the same thing - and that includes Team Putin.

Yes this stuff is scary but is it any scarier than religion? Real thinking requires work. It may even require a trip to the library to check facts. Religion and Cambridge Analytica provide easy answers to frightened people, easy answers that don't require much thought.


Yes, I find it much more worrisome than religion, at least in our culture. AggregateIQ, Cambridge Analytica, hunt their prey. They scout their victims, analyze their neuroses, biases and weaknesses and then sculpt messages calculated to manipulate them. I've never felt threatened by religion. Have you?

" . . . hunt their prey. They scout their victims, analyze their neuroses, biases and weaknesses and then sculpt messages calculated to manipulate them." Sounds like organized religion to me. It's not religion itself that is so threatening; it is extreme believers.

In the first article I read about Kogan he claims his technology was taken/backward engineered by a person (I'll check for the name) and that code fell into Cambridges hands.
CNN is bringing up the topic as "Ahead, why we should be cautious when filling out on line questionnaires"
Jesus these people are stupid.

"It's a nation allowing its own people to be manipulated, brainwashed. Yep, it sure is. And it's not just the Republicans who are undermining the American people. Everyone who stands to benefit can do the same thing - and that includes Team Putin."

LOL. Figures you'd finish off an interesting article about an important issue with this stinker.

Our upper-crust Animal Farmers certainly have the cattle brainwashed - spiked prole-feed across the Fake Media. Of course, it's a stretch to suggest that cows have brains! They just jump up and down in their pens on trigger words.

(Perhaps just trigger sounds. The cattle like leaders who make reassuring noises when they speak. It doesn't matter that the words that come out of their mouths have absolutely no meaning. Cows are pretty little things. They weren't put on this Earth to think. They were put on this Earth to be sawed up in the abattoir!)