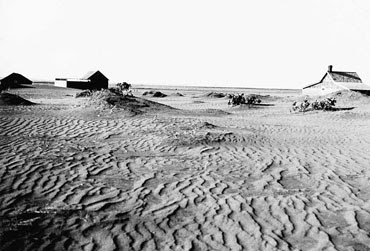 In 2005, former Alberta premier Peter Lougheed wrote a lengthy op-ed in the Globe and Mail on Canadian water security.  The final line was nothing if not prescient: "The reality is that fresh water is more valuable than crude oil."

Memo to Rachel Notley and Jason Kenney, truer words were never spoken and you would do well to bear that in mind when you try to beat up British Columbia over dilbit pipelines.

Lougheed, as possibly the last really intelligent politician to come out of the Wild Rose province, was focused on a potential American grab on Canadian fresh water resources. Hey, it was 2005 and climate change really wasn't on the political horizon. Lougheed was particularly concerned that BC might pursue large scale bulk water sales, water that Lougheed thought Alberta might come to desperately need.

That never happened, of course, but that other threat to freshwater almost everywhere in the world, climate change, certainly has. And now parts of Canada, also known as Alberta and Saskatchewan, are facing the risk of dire, long-term water shortages.


The risk that changing weather patterns pose for water supplies is one reason Canadian researcher John Pomeroy is braving frigid winter temperatures to climb a metal observation tower in the shadow of Alberta's Fortress Mountain.
...

"We have been getting rain events even in the winter."

Pomeroy, the Canada Research Chair in Water Resources and Climate Change, has been studying the snowpack in this area for nearly 15 years in an attempt to project both floods and droughts before they happen.

He points out that the snow in the Rockies provides everything from drinking water to irrigation for tens of millions of people across North America.

"The water from this mountain range flow into the Arctic Ocean and the Pacific and the Atlantic, so what happens here matters for the whole continent."

Pomeroy says a warming climate means the mountain snowpack is melting faster and earlier. As a result, the water is moving through river basins more quickly than in the past and leaving them parched by the end of summer.


It's a situation that, if prolonged, could lead to the kind of water shortages being seen in Cape Town and parts of California in recent years.

"That kind of extreme water shortage hasn't happened here, but it's not impossible that it can," he says, noting that the shortages facing Cape Town today were once unimaginable.

...Pomeroy brushes the snow off an instrument buried under half a metre of snow. Amidst all this snow, it's hard to believe that this part of the world actually gets less annual precipitation than Cape Town.

Pomeroy says that fact makes it all the more important to start preparing for future water shortages in Canada.

"I think Cape Town is a terrible event for that city and for Africa, but it can be a wake-up call for the rest of the developed world that we can have severe water shortages."

It's not as though the West doesn't have options.  Snowpacks are becoming less reliable but the annual precipitation isn't, at least not to the west of the Rockies. The mountain ranges that form the natural border between British Columbia and the Prairies are a major rain catcher. Moisture-laden clouds off the Pacific drop much of that as precipitation, rain, on the British Columbia side. That's the water Peter Lougheed wanted protected for Alberta's future needs.

Alberta, with Ottawa's collusion, is attempting to strongarm British Columbia now. It's probably a good time for them to rethink that on a long-term, strategic basis.

Water is another subject that people ignore the science of. It is possible and appropriate that waste water be recycled and there are several methods some of which make it perfectly safe for drinking. However there is an ich factor so we generally don't. Municipalities that do recycle waste water try to not tell the public.

What really gets nuts is the market for bottled water.

It rained here this morning. It should have snowed.


Toby, one of the greatest types of adaptation we'll need to implement this century is how we handle our water supply. We've been used to snowpack, nature's free of charge supply of summer meltwaters. Going forward, snowpack will be unreliable both in accumulation and rate of melt. There'll be a lot more water delivered as rain than snow. We're going to have to treat it differently. Fortunately, mountainous terrain tends to afford the foundation for constructing large capacity reservoirs, at least in British Columbia. It won't be cheap but, as Lougheed observed, fresh water is more valuable than crude oil. We may have to offset the cost of constructing these reservoirs by selling some of that water at market value to neighbouring "have not" provinces, i.e. Notley's Alberta. The best part is they'll have little to fear if one of our pipelines springs a leak.