This Might Be the Eye-Opener You So Badly Need. 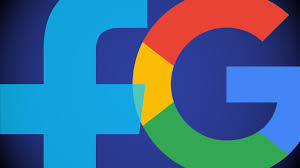 Many of us approach online privacy with a "who would be interested in boring old me" attitude. That's the internet equivalent of whistling past the graveyard.

Check out data consultant Dylan Curran's expose on what Facebook and, especially, Google knows about you.

I’ll just do a short summary of what’s in the thousands of files I received under my Google Activity.

This information has millions of nefarious uses. You say you’re not a terrorist. Then how come you were googling Isis? Work at Google and you’re suspicious of your wife? Perfect, just look up her location and search history for the last 10 years. Manage to gain access to someone’s Google account? Perfect, you have a chronological diary of everything that person has done for the last 10 years.

This is one of the craziest things about the modern age. We would never let the government or a corporation put cameras/microphones in our homes or location trackers on us. But we just went ahead and did it ourselves because – to hell with it! – I want to watch cute dog videos.

After you read Curran's plainly harrowing account, ask yourself why your government allows these companies, that pose such an obvious and enormous threat to the privacy of its citizens, to operate in our country. The Corporatist States of America are a write off, a lost cause, but surely Canada could, in conjunction with Europe, ban this sort of privacy intrusion and make Google and Facebook pay a hefty price for defying them. Collectively they have enough clout to bring the software giants to heel.  Not acting quickly and forcefully is a dereliction of their duty to us all.

Years ago I heard a federal politician (maybe Lloyd Axworthy but I'm not sure) say that the legal battle of the 21st Century would be over privacy. He was right.

There is no safe way to use Facebook and little protection with Google, Twitter, Skype and most other social media. It helps somewhat to equip one's browser with an ad blocker, cookie destroyer and anti-tracker. Filtering through a VPN is better as it hides your identity.


It would be interesting to know if that was Axworthy, Toby. To me, he was the last bastion of progressivism in the Liberal Party. With his considerable intellect this sounds like something he would have challenged.

Few people, especially the young, understand that privacy is one of the key rights that all other rights, political and human, hinge upon. Once you pry that loose, you can be deprived, eventually, of other basic rights.

Democracy and the establishment of rights has always been a tumultuous process since Runnymede, eight centuries ago. Our rights have been fought for and paid for in blood, often more than once. We often fail to appreciate that rights we take for granted usually have a value - in power and money - to those who would infringe on them or deprive us of them. That includes Facebook and Google.

If we don't push back, if we don't bring them to heel, they'll have no reason to stop. Exploiting our rights is their cash cow.

Few people, especially the young, understand that privacy is one of the key rights that all other rights, political and human, hinge upon.
Especially the young? Sorry there are no demographics that really understand privacy. From teachers to politicians...
And when it comes to privacy, both corporations and government want less. What they want is more control over a docile population.


I was certainly brought up to appreciate the need to keep oneself to oneself, not to divulge information gratuitously, especially without some compelling need for it. I do have a Facebook page and it has a very modest collection of "friends." I use it to stay in touch with my extended family - siblings, cousins, nieces and nephews - and, beyond a half dozen long-term friends, that's pretty much it.

I do see a demographic aspect to this. Those of us from the days "when ships were made of oak and men were made of iron" were brought up to be more reserved and circumspect than younger people today. That is, in part, due to the fact that we were not brought up in the era of electronic "devices" and social media. I'm of the generation that was astonished at the first battery powered, transistor, AM radios with the scratchy speakers. And, yes, I did make a crystal radio with the antenna wire firmly attached to the cast iron radiator for the best possible reception.

Mound, what computers do best is make lists. When you post to your Facebook page you "use it to stay in touch with my extended family - siblings, cousins, nieces and nephews - and, beyond a half dozen long-term friends, that's pretty much it." Unfortunately, that's not "it." The Facebook computers are recording everything you post and one man, Mark Zuckerberg, has access to all the logs and he is selling those logs to any and all buyers. From those logs, any analyst worth his/her salt can tell a great deal about you and your relationships.

I never was all that careful about what I write or where I browse on the internet anyway (plus I live in "The Corporatist States of America" to boot), so it's probably too late for me now anyway.