You Can't Squander Fifty Years and Expect to Emerge Unscathed 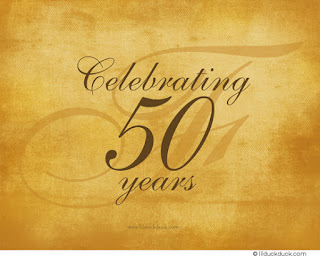 How long have you understood, I mean really accepted, climate change as an immediate, existential threat? For me I can only guess, 20 years perhaps?

Twenty years. It was a different world back then. The change over just two decades has been fairly dramatic. The signposts are easy to spot. The retreat of glaciers. The melting of ice caps. The loss of Arctic sea ice and the warming of the Arctic Ocean. The increase in severe weather events. The Polar Vortex and freakishly warm temperatures in the midst of the Arctic dark winter. The steady migration of species, especially marine life.

We've come to take it all in our stride. Many of us simply tune it out even though there really is no "if you can't beat 'em, join 'em" option on this one. Even today there are many in the corporate and political communities who dispute the reality of climate change.

In today's Guardian, the executive director of the Center for Climate Integrity, Richard Wiles, reminds us that the warning bell of the danger of climate change was first sounded 50 years ago when researchers from Stanford laid it all out to the American Petroleum Institute.


The report, unearthed by researchers at the Center for International Environmental Law, is one of the earliest attempts by the industry to grapple with the impacts of rising CO2 levels, which Stanford’s researchers warned if left unabated “could bring about climatic changes” like temperature increases, melting of ice caps and sea level rise.

The year was 1968, and the term “global warming” would not appear in a peer-reviewed academic journal until 1975. Famed Nasa scientist James Hansen would not testify before Congress that “global warming has begun” for another 20 years. And the US would not enter into – only to later pull out of – the Paris climate accord for nearly half a century.

The Way We Were -

At the time, CO2 levels in the atmosphere stood about 323ppm. The planet was warming but was still well within the historical norm. Sea levels had risen by about 4in compared with 1880 levels. The report, however, cautioned that “man is now engaged in a vast geophysical experiment with his environment, the Earth” and that “significant temperature changes are almost certain to occur by the year 2000”.

Those predictions proved to be correct: by the turn of the century, the concentration of carbon dioxide in the atmosphere had risen to 369ppm, causing a temperature increase of nearly half a degree over pre-industrial averages. Today, virtually all climate scientists agree there is little or no chance the world can stay within the goal of 1.5C, the limit of what scientists believe to be safe.

The Attack of the Fossil Fuelers -

To counter and slow down that effort to address climate change, the fossil fuel industry began its long and powerful strategy of climate denial and obstructionism. Even though they knew the science, they also realized that attempts to control emissions could seriously damage their bottom lines.

In 1998, as the first global attempt to rein in climate pollution, the Kyoto protocol, was headed to the Senate for ratification, API circulated what has come to be known as the Victory Memo, a detailed road map to undermining science and promoting denial of climate change. According to API’s top strategists: “Victory will be achieved when: those promoting the Kyoto treaty on the basis of extant science appear to be out of touch with reality.”

Governments Failed to Protect the Public, the Energy Giants Won -

API’s strategic deception campaign was a success, which is why we now stand at the brink of the highest global temperature considered safe. Just what it will mean to cross that line remains an ongoing question for atmospheric scientists, but we’ve already started to get a glimpse and it doesn’t look good.

The damage is all around us, from hurricanes on steroids – scientists attribute 15-40% (8in-24in) of the epic rain of Hurricane Harvey to climate change – to California’s deadly wildfires which were set up by five years of drought, followed by record snowfall, then record heat that turned huge areas of the state into tinderboxes. In 2017 there were 16 separate billion-dollar disasters in the US, resulting in a total of $306bn of damages, nearly $100bn more than the second highest year 2005 (Katrina). While technically climate change did not “cause” these disasters, most of the carnage was aggravated in some way by climate change and the fossil fuel emissions that cause it in the first place.

Other impacts are more long-term and irreparable. Anyone born after 1985 has never experienced a month with average temperatures that fall below the historical norm and, without action, probably never will. Mass coral bleaching events due to warming waters and ocean acidification have rendered large swaths of some of the ocean’s most diverse ecosystems lifeless. The vanishing Arctic ice cap appears already to be affecting global weather patterns, and the loss of ice in Antarctica may have reached a tipping point that many now view as irreversible, a development that will require tough and costly decisions for coastal cities.

The Price We Pay For the Betrayal By Our Governments -

It never had to be this way. But with each decade of delay and denial the impacts and costs of climate change have continued to mount. Now taxpayers are left holding the bill for a literal rising tide of impacts that pose the greatest challenge humanity has ever faced. Meeting that challenge must begin with accountability on the part of climate polluters, and justice for citizens who did nothing to cause the problem other than drive to work and heat their homes when they had no other alternatives.

We can’t turn back the clock, but we can turn off the fossil fuel firehose that’s been pumping CO2 into our atmosphere and demand that those who left it running help foot the bill for the cleanup. Already we’ve seen cities like New York, San Francisco, and other coastal cities file lawsuits against climate polluters, seeking to recover costs associated with planning for and adapting to a warming world. With massive costs facing hundreds more cities and no remedy in sight, more litigation will follow.

The Fossil Fuelers have known for half a century the misery and loss they were going to inflict on us for the sake of carbon profits. They have treated us, our kids and our grandchildren, as their lawful prey and they've done it with the collaboration of our very own governments. Justin Trudeau is collaborating with them right now to extract and export as much of the world's filthiest, highest cost, highest carbon fossil sludge as conceivably possible. That's not a prime minister or a government anyone should be proud of.
Posted by The Mound of Sound at 8:50 AM

There is an article on the CBC website, Mound, with the following 'insight' from Doug Ford:

Asked whether he believes human activity is causing climate change, Ford said: "Absolutely, to a certain degree. I'm not a denier."

While he opposes what he calls an "unfair tax" because it would put businesses at a disadvantage against competitors from markets without one, Ford could not offer an alternative that would encourage the offsetting of carbon emissions.

"We'll sit down with our team and come up with a strong platform on that," he said.


The scope and impact of the wholesale change this threat demands, Lorne, is beyond anything that Ford or Wynne, Trudeau or Scheer would even entertain.

As Richard Wiles observes, "it didn't have to be this way" but "we can't turn back the clock." He speaks of "turning off the fossil fuel fire hose." Schellnhuber said much the same thing at the 2015 Paris climate summit where he said our only hope of keeping climate change within survivable limits depended on the "induced implosion" of the fossil fuel giants by the governments of the world. See any sign of that on the horizon?

the louts snouts, pouters & prouds will save us
Kenney, Oliver, Harper, Trudeau et al
Can't leave that tar sand 'wealth' in the ground
It does not matter that us Canadians won't see a dime of the wealth
yet actually pay for the subsidies to foreign owned Big Energy
to trash our landscape, air, waters, extirpate species..
and folks.. the scourge of fracking is going to be even worse - widespread
All of BC and all of Alberta - totally trashed

Last summer, Siberia was shaken by hundreds of frozen methane seeps, in the permafrost, melting and leaving behind craters.

That is one of the key signals of Runaway Climate Change.


We've already crossed a number of tipping points, Guy McPherson claims more than 60. He believes we are in the throes of unstoppable, runaway climate change.

Minister of Environment and Climate Change, Catherine McKenna, was on CBC Radio this afternoon spouting the same old nonsense, demanding that the dilbit pipeline through BC be built, announcing all the good things she is doing for the environment like talking to First Nations and initiating a carbon tax. It was all snake oil; Justin's masters would be proud.